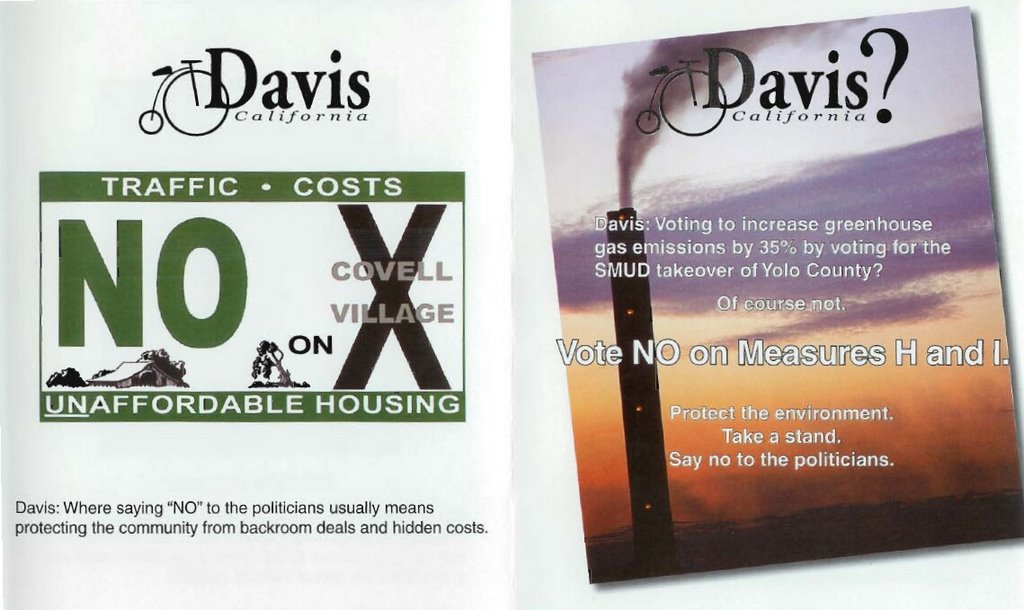 Finally, nine days after we first ran the article, the Davis Enterprise has run a story on the controversy. The main focus of the story is the unauthorized use of the City of Davis logo (see top right of the image above). Harriet Steiner wrote a letter to the FPPC and the Yolo County District Attorney’s office. The City Council complained that they were not asked permission for the use of the logo and would not have granted permission had they been asked. You may recall that all of the members of the Davis City Council have endorsed the SMUD Annexation, along with the member of Woodland, West Sacramento, and the County Supervisors.

Share:
Previous : An Appraiser’s View of Mace 391
Next : Souza Misleads on Labor Agreement at September Meeting