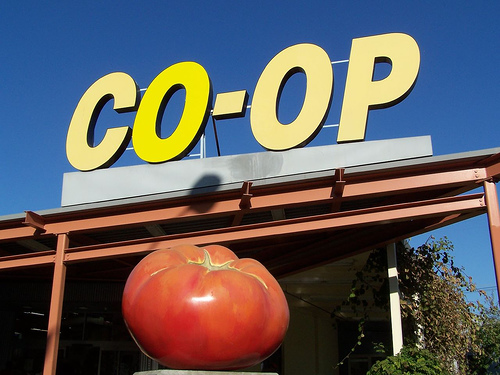 We have often discussed the issue of process here on this blog with regard to city governance. Currently, an issue  at the Davis Coop is raising some troubling considerations of process. The necessary signatures appear to have been gathered. to meet the Coop bylaw requirements to put a membership-generated measure on the upcoming Spring Coop membership ballot that would call for  instituting  a  Coop boycott of Israeli products and potential Coop  divestment of any investments in Israel. On Feb 7, the Coop board decided to deny the initiative a place on the ballot because it was “illegal”.

It is not my intention to have a highly charged “debate” on  reasons to support or oppose a Coop boycott of Israeli products and divestment.  I want to speak here only of process.

On Feb 7, approx 30 days before the deadline to get the measure on the Spring Coop ballot and after a signature-gathering campaign appears to have gathered  more than enough membership signatures, the Coop board has denied this ballot initiative, claiming that it is illegal based upon anti-boycott laws in the Export Administration regulations of the US Department of Commerce.

This  interpretation, reportedly “offered” to the Board by their counsel appears to be quite problematic  The law referenced is acknowledged by the US government to have been enacted  to prohibit “persons”(business, corporations) from supporting/participating with  official  boycott programs instituted by  foreign governments(specifically, Arab government boycott laws directed against Israel in the 70s). This clearly does not apply to a local grassroots-based  Davis Coop boycott initiative with no connection to any foreign government.

The Davis Coop was founded as a membership owned and controlled entity. The member bylaws are clear that a ballot initiative will be allowed if the appropriate number of membership signatures are collected and all other bylaw stipulations are met. While this initiative issue  generates high emotion and potential friction within the Coop membership community, the Board should follow the rules set out in the Coop bylaws.

If  the initiative  gains majority support on the ballot, it then would return  to the Coop Board who are charged with considering  the vote results and making a decision. While not definitively determined at this time,  it does appear that the results of the initiative would most probably be advisory and not mandatory.

Full, fair and mutually respectful  airing of  controversial issues along with maximum Board  transparency  is essential if Coop  members  are to have the ability to fully exercise their Coop membership rights. This is, in large part, what separates our Coop from  other business models.