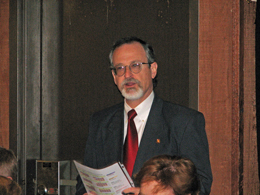 The California Judges Association has entered a fray between some members of the County Board of Supervisors and Judge David Rosenberg regarding supplemental fees paid by the county to Yolo County Judges, despite the fact that they are state employees rather than county employees.

In a July 14 letter from Michael P. Vicencia, President of the California Judges Association, he wrote, “The California Judges Association wishes to express its concern regarding a June 30,2010 letter sent by your staff to the Judges of the Yolo Superior Court and to the Administrative Office of the Courts, regarding the County’s intention to terminate the payment of county-funded judicial benefits.”

He argued that Yolo County is not the only county that offers judicial benefits, and added, “In fact, most of California’s judges receive some county provided benefits.”

“The County of Yolo would be the first county in California to terminate its judicial benefits. County governments throughout California continue to provide benefits because they understand that the transition from county government to state government is a long and difficult process. Judicial salaries have been equalized throughout California and, at the direction of the legislature, the Branch has been working diligently to resolve the inconsistencies in judicial benefits,” he continued.

Earlier this month, the Vanguard reported that County Administrator Patrick Blacklock had sent a letter to William Vickrey that would preserve the timeline if the county wished to terminate supplemental judicial benefits.

The Judges became state employees in 1994 but Yolo County for the past 17 years has provided supplementary benefits to judges for retirement, life insurance and medical insurance.  According to an article in the Woodland Daily Democrat this morning, “The supplemental benefits contradict the state’s goal of providing a uniform salary scale throughout California in order to retain quality judges.”

Judge David Rosenberg, the presiding judge of Yolo County courts has asked the board to delay making any decisions until there is a completion of the study.  However, such a delay would mean that for the majority of judges on the bench, they would continue to receive this benefit for the next two years during a time when the county is laying off and furloughing employees as they attempt to close budget deficits running as high as $20 million.

On June 15, the Board of Supervisors were divided on the issue as Matt Rexroad and Duane Chamberlain voted to terminate the benefits, Helen Thomson and Jim Provenza voted against the motion while Mike McGowan voted to abstain.

William Vickrey in his letter to County Counsel Robyn Truitt Drivon and the Board of Supervisors wrote, “I write to inform you of the status of the Judicial Council of California’s reporting to the Legislature regarding judicial benefits in light of the Board of Supervisors’ earlier-expressed intent to defer any action on county-provided judicial benefits until a full report is provided to the Legislature, as authorized by the legislation that provided authority to counties to terminate such benefits.”

He continued, “the Legislature directed the Judicial Council to report to various legislative committees by December 31,2009, “analyzing the statewide benefits inconsistencies.” The Judicial Council on December 15,2009, submitted its report entitled Historical Analysis of Disparities in Judicial Benefits-Report to the Senate Committee on Budget and Fiscal Review. the Assembly Committee on Budget, and the Senate and Assembly Committees on Judiciary.”

“If appropriate,” Mr. Vickrey wrote, “the council will also make recommendations to the Legislature and Governor regarding options for reforming judicial benefits in order to move toward a more consistent approach that would better attract and retain a highly qualified and diverse judiciary.”

In a letter from September of 2009, Judge David Rosenberg indicated an agreement was reached with former CAO Sharon Jensen that, “the Board of Supervises (sic) will defer any further action, if any, until the Administrative Office of the Courts provides a full report to the Governor and Legislature regarding the issue of judicial benefits, as authorized by the legislation which provided authority to Boards of Supervisors to terminate benefits.”

The letter by Judge Vicencia follows along the same lines.  He writes, “The first phase of that work was completed in December of 2009 when a comprehensive report on the subject of judicial benefits within the 58-county systems was presented to the legislature. The second phase is now well underway and that phase will result in recommendations to the Legislature and the Governor.”

He concludes, “It is very important that the present process of full transition for the courts in each of the 58 counties not be delayed. Until the issue can be fully addressed statewide, we ask you to maintain the status quo and not terminate the benefits you provide to your Yolo Judges.”

What is unclear in this, is exactly why this study must be undertaken in order for a county to say that it can no longer afford to pay this supplemental cost.