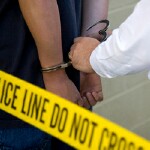 The amount of time and money we spend on drug enforcement is mindboggling, particularly in light of the state of our economy, the various budgets of local entities, and the utter lack of success.

For the cost of housing an inmate in California for one year, we could put several in residential treatment for two years.  That is the key.  Most programs simply do not last long enough to get people out of bad habits.  We need to not simply punish people, but rather we need to start turning them into productive citizens.  As we discussed Friday, the system often makes that impossible, imposing huge fines on people struggling to get their lives back in order, putting restrictions on the ability to land decent jobs, and live productive lives.

For the first time, we may have a serious debate about alternatives to the criminal justice system when it comes to combating the problems of addiction, which to me are not criminal issues but health issues.

Are we moving in the right direction, perhaps.  A few weeks ago, the US Congress took real but small steps towards one of the gravest injustices of them all in the war on drugs.  The Fair Sentencing Act was passed into law and it reduces the 100:1 sentencing disparity between crack and powder cocaine offenses to 18:1.  It is certainly not a perfect remedy, but it is a vast improvement over federal law.

There is a heavy racial component to the sentencing structure.  Most convicts of crack offenses are black and most convicts of cocaine offenses are white.  What is the rationale?  When President Reagan signed the Anti-Drug Abuse Act into law in the mid-1980s the nation was paranoid about the crack cocaine epidemic hitting inner cities and apparently less cognizant of the drug epidemics that were hitting white America just as hard.

What is the rationale for this kind of law?  We have the story of Hamedah Hasan who wrote in the Huffington Post about her experiences of getting a life sentence (now reduced to “just” 27 years) for being a crack errand girl.  She writes, “While Congress congratulates itself for its bipartisan effort to do the right thing, I will remain here in prison, serving out the final six years of my 27-year prison sentence for crack cocaine.”

“I was convicted for a first-time, nonviolent crack cocaine offense in 1993. I never used drugs. I was prosecuted as part of a conspiracy in which I was little more than an errand girl, and because of the harsh, mandatory nature of the crack laws at the time, the judge was ultimately forced to sentence me to 27 years in prison,” she wrote.

Ms. Hasan has been at a Federal Prison in Victorville.  As an ACLU blog describes it, “she came to stay with her cousin in order to flee a physically abusive relationship, and the cousin roped her into running errands for his drug conspiracy. Despite her previously clean record, her sentencing judge found his hands tied by a combination of mandatory minimums for crack cocaine and the then-mandatory sentencing guidelines based on those minimums. Hamedah’s sentence has since been reduced from life to 27 years, but she still has 10 years left to go. Hamedah has three daughters and one granddaughter. She gave birth to her youngest child in prison, and because of the ripple effect of this sentencing structure, Hamedah’s children and grandchildren are growing up without her. The judge has publicly urged that her sentence be commuted (reduced) and the ACLU filed a petition three months ago asking President Obama to do so.”

The crux of the issue is that had she been convicted of a powder cocaine offense instead, she would have been home with her family years ago.  Think about, 27 years for a nonviolent, first time offense.  Does this really help anyone?

Unfortunately while the law may help address future cases, it does nothing to reduce sentences retroactively, which means unless President Obama commutes the remainder of her sentence, she is stuck in prison another six years.

This coming week, I will bring you a pretty interesting story about a marijuana case here in Yolo County.  The amount of time and energy we are spending on these kinds of offenses, compared to more serious and violent crimes is mindboggling.

We have a system in this state where we are cutting billions from education.  As we cut money to education, where do you think a lot of kids right on the bubble are going to end up?  It costs just over $8000 to educate one student for a year.  It costs $47,000 to incarcerate an inmate in prison in California.  Seems to me, we ought to be spending more on the front end to prevent it in the back end.

But if it makes you feel safer to think about all the people tied up in the legal system on non-violent offenses, including marijuana, then you just go on and feel safer.

Share:
Previous : District Does What It Has No Choice To Do – Approves Layoff Notices
Next : Commentary: You Can’t Have It Both Ways