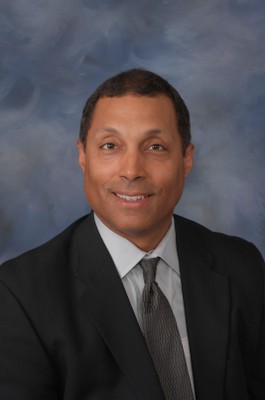 Tim Taylor, an incumbent for the Davis Joint Unified School Board, is currently the board president.  For the past five years, Mr. Taylor has show tireless effort in maintaining the high quality of the school systems in the district.

Mr. Taylor is both proud and honored to be a member of the board, and has stated that if he is re-elected, this will be his last term.  He sat down with the Vanguard to answer a few questions concerning his candidacy and experience as a board member, as well as the achievement gap, the parcel tax, and other issues that are crucial and need to be addressed for the educational system.

It is clearly a goal of the DJUSD board to narrow the achievement gap.  As far as what strategies will work in doing so, Mr. Taylor was asked if block scheduling was considered.  Block scheduling would be the act of moving some students from one classroom to the other, where they would be grouped with students that have similar needs to work in that subject for an hour or two.

Mr. Taylor explained that strategies such as those are dependent on a couple things: grade level and course level.  Mr. Taylor stated, “Certain things you can do at a younger grade level, but at a higher level it may be more difficult.”  Options like block scheduling are available, and they are on the table.

Some strategies, Mr. Taylor emphasized again, have lent themselves better to certain grades and ages than others.  Strategies can be applied with one or two students individually, but sometimes you have to be mindful because there aren’t unlimited amounts of teachers, who are clearly needed to efficiently use resources as best as possible.

There has been suggested evidence to show that the more connected the parents are, and the better they understand that there needs to be communication, the better the students do.  The board has definitely made a pretty broad effort to emphasize this connectedness of student, teacher, and parent, and these efforts have taken off more lately.

The electronic age has lent a hand in taking away the connection barrier with means such as list serves, grades and specific projects posted online, and getting information and emails to parents (to name just a few).  Also, from a teacher’s standpoint, communicating with students and parents via messages in a mass or individual format has helped ease much frustration.

The problem, Mr. Taylor included, is that “a lot of the lower achieving students may come from families who may not have electronic means, or parents who are not comfortable with or familiar with computers or internet.  To an extent, we’re incorporating these means but need to remember it’s not the ‘be all, end all’ because some students cannot use this to their advantage.  I think we’re getting there, but we need to keep working on it.”

Standardized testing has also been a tool for many years to help pinpoint where student lie in their academic development.  There have been allegations for quite some time now that these tests are biased and in favor of the better achieving students.  Mr. Taylor stated that he has heard many complaints of these tests being “disproportionately harsh or…adverse to students who are non-English…students or others who are in some of the more challenged academic groups.”

Mr. Taylor then added, “There’s some validity to that [argument], [but] the testing can have its benefits for monitoring improvement.”  The tests are just one tool and are required by the state, and people need to keep in mind that they are not the only means used to determine a student’s ability.

Continuing on to budget issues, the district has undoubtedly battled through very rough economic times, and with the school year set in full motion, the question was raised as to whether the board would consider another parcel tax.

Mr. Taylor stated, “We haven’t come to a vote, but individually, we are absolutely interested in the parcel tax.  Both current parcel taxes expire in 2012, so we need to be focused on it now.  The board will be getting more information and data with options in respect to a new parcel tax in the next two months.  That information will help with the detail, and duration of a new parcel tax, along with scheduling of a new parcel cycle.”

Mr. Taylor emphasized, “The important election isn’t the one coming up next week,” although the candidates would love to serve another term and contribute their full efforts to maintaining the school system, “it’s not about us,” Mr. Taylor included, “it is about the parcel tax.  That election is really an important one.”

As far as other financial options go, “we’re kind of living and breathing the other options now,” Mr. Taylor said.  Mr. Taylor also included that “local foundations and funding…have been really phenomenal and successful in stepping up and helping fill financial gaps.  And if we weren’t able to fill [those gaps] it would have been really devastating.”

Local funding has been very good with raising very substantial amounts of money.  The biggest money raiser is the community.  Mr. Taylor also raised the point that, “We’re in a new era where getting everything from the state and the feds is not reliable because, when we get money sometimes it’s phantom money and sometimes it’s money they give you with one hand and take some source of funding away with the other.  We’re always going to need state money at some amount, it’s a necessity, but we also have to be self-sufficient to a degree.  And unfortunately, that degree has gone up over the last few years.”

Thankfully, for the district of Davis, the communities have been very receptive and understanding to these issues, and have, without a doubt, helped maintain the high quality of programs and education that make DJUSD a very rare and fortunate district.

As far as other issues that need to be addressed, they range from maintaining and upgrading the facilities, which, as Mr. Taylor pointed out, need to operate at their best so the students can achieve their best.

The school system is running very well, due to fantastic leadership which flows all the way through the administrative crew and the teachers (who are at the front line).   They’re all critically important.  Mr. Taylor expressed that, “Maintaining the quality of those employees of the district is fundamental.  We need to make sure that they have adequate resources and support from the top down.”

Mr. Taylor added that it was important to stay on top of technology.  Mr. Taylor stated, “[there’s] a lot of evolving technology that we [need to] stay ahead of the curve on.  We have some kind of older and out of date technology, in particular, with some of our connectedness with the families, and our ability to do that will always be constrained by our equipments and the amount of people we have to maintain and make sure everything is functioning the way it should.”

Davis truly is the envy of a lot for school districts.  But high quality like this doesn’t just happen, there’s a lot of hard work and people that have been dedicated for many years to get DJUSD to that point.

Mr. Taylor also expressed the importance of “Maintaining a focus on alternative programmatic options.”  In other words,  not just what courses are necessary to go on to college, but also what courses are available for preparing students with technical skills who might not be going on to a post-secondary education.

For example, DJUSD has a very legitimate agricultural program that teaches a whole wide variety of courses under that umbrella which are more technically oriented.  Mr. Taylor clearly expressed pride in these programs.

Mr. Taylor enjoys being on the board.  He brings thoughtful, as well as a variety of, perspectives to the table (along with the other board members).  Being an attorney is helpful in some respects, and helps him in terms of how he views the process of education.

Mr. Taylor added, “I think I’ll be better in the next four [years] because of the past five…if I’m not learning as I’m going I shouldn’t be doing it.  We should only be getting better.”

Mr. Taylor also included that he hasn’t always been completely comfortable with all decisions that the board has made, as he added, “some of them are horrible, like closing an elementary school.  But every decision has to made to better the district.”

Mr. Taylor concluded by stating, “I have a passion for working to make our education system in the United States better than it is.  In our small corner of the world, in Davis, that’s all I’m trying to do.  It’s a big task, and the situation in our country…is very troubled to date.”

“But it starts at home, and that’s kind of how I come to this and stay at it, is one small step at a time… we are so lucky,” he acknowledged.  “I think it’s easy to take for granted how lucky we are because we have such a great school system… while others are out there struggling way worse than we’ve ever had to.  But that doesn’t mean we can’t make our house better.”

This is Samantha Lynch reporting

4 thoughts on “Vanguard Talks to Board Candidate Tim Taylor”