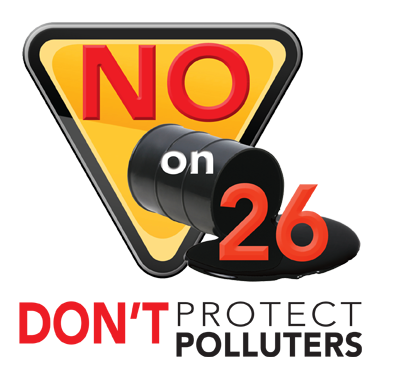 Another proposition that perhaps has not received enough attention is Proposition 26, which would require supermajority voter approval for raising state and local fees by recategorizing them as taxes. This would set up supermajority voter-approval hurdles for what are now regulatory and impact fees that can be adopted by simple majorities of the State Legislature, city councils and boards of supervisors.

As written, Proposition 26 would recategorize many local government fees and charges as taxes, subjecting them to the approval requirements of special taxes, including two-thirds supermajority voter approval. With some limited exceptions, a tax would include any charge that provides benefits or privileges to those not charged.

It would further recategorize many state imposed fees and charges as taxes, subjecting them to the approval requirements as taxes,  which includes the two-thirds supermajority approval of each house of the Legislature.

According to the California Budget Project (CBP) analysis, the following would be exceptions:

Furthermore, the burden of proof would be placed on the state or local agency proposing the charge, should a taxpayer challenge the measure.

In general, fees are charges imposed to recover the cost of providing a service to the fee payer,” the CBP continues.  “The charges “reasonably” reflect the value of the government’s cost to administer the program and the benefits the feepayer receives in exchange.”

As Michael Coleman from CaliforniaCityFinance.com argues, “A statewide initiative on the November ballot would create years of litigation and havoc in municipal finance.”

“State and local governments are frequently tasked with mitigating the effects on the public of the social, environmental and economic impacts created by individuals and businesses,” he argues.

“By reclassifying certain fees as taxes, Proposition 26 would also limit the ability of state and local governments to place the costs of programs and services on the individuals and businesses responsible for those adverse impacts,” he continued.

That does not mean that the taxpayers will not bear the burden.  Many of these costs are unavoidable.

“Instead,” he argues, “the cost burden would shift to taxpayers as a whole, unless voters, by a two-thirds supermajority, approve of special taxes on those individuals or businesses.”

The measure has been labeled as deceptive by some opponents who argue that the measure is backed by all of the same big oil companies who are also backing Prop 23.

The top contributor to the Proposition 26 campaign is the Chevron Corporation with a donation of $3,750,000 to date. Other major contributors are big tobacco company Philip Morris USA Inc. ($1,750,000) and Anheuser-Busch Companies, Inc. with a contribution of $925,000.

Health and Environmental groups are especially concerned because of the potential for the initiative to inhibit the state and local governments’ abilities to force industries to be responsible for the environmental costs of their businesses.

Writes the Sierra Club, “Large companies whose products negatively impact society have spent over $17 million (and counting) to pass Prop 26 because it would eliminate their financial responsibility to deal with the side effects of polluting our air, dirtying our water, and endangering our health. Without the fees currently in place, the burden of paying for necessary services such as pollution regulation and health care would then fall upon all taxpayers, at the amount of over $1 billion per year.”

This, in fact, would not save the taxpayers money, but rather be a savings to big business.

The San Jose Mercury News, in their opposition to the intuitive said, “Sponsored largely by oil, tobacco and alcohol companies, Proposition 26 has been called the Polluter Protection Act — an apt moniker.”

The LA Times added, “Proposition 26 goes much too far, making it extremely difficult to charge businesses for the damage they cause and instead sending the bill to everybody else.”

Health groups are also in opposition.  The American Cancer Society argues it “…would place the financial burden on…taxpayers, for cleaning up or mitigating cancer-related damages caused by a particular company(ies).”

While the American Lung Association of California adds, “Prop 26 chips away at the premise that polluters pay for the public health, environmental and social costs associated with their production and make it nearly impossible to adopt fees that will help reduce air pollution or help people quit smoking.”

They add, “Proposition 26 would create new hurdles that make it nearly impossible to charge polluters, tobacco companies and other corporations for the costs of preventing or repairing the harm to the environment or our health and safety that their business activities cause.”