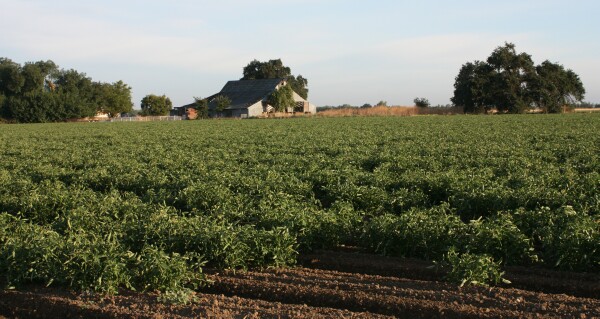 The Davis Enterprise has started a “Senior Living Article,” which are articles to be written by a senior on health issues.  This is a perfectly appropriate subject for a community-based newspaper.

The Vanguard was informed that, in fact, the idea for a “Senior Living” column actually originated with the Davis Senior Citizens Commission.  However, the commission decided such a column would not be an appropriate project because approval of every article would have to be obtained from the City Council.  That created some practical and other concerns.

It is alarming however, what the Davis Enterprise has decided to do with the column.  They have placed Lydia Delis-Schlosser as the contact person with whom someone should suggest or contribute an article for the monthly column.

While Ms. Delis-Schlosser is a long-time Davis resident, she is also an employee of the Covell Village Developers.  She is their public spokesperson.

She is not only a member of the group Choices for Healthy Aging (CHA), started by the Covell Village Developers, she is among the founders who started that astroturf group – a group of citizens created at the behest of Covell Village.

While this is a group said to support housing options for senior citizens, in reality they are a front group pushing specifically for an 800- to 1200-unit seniors-only housing development at Covell Village. 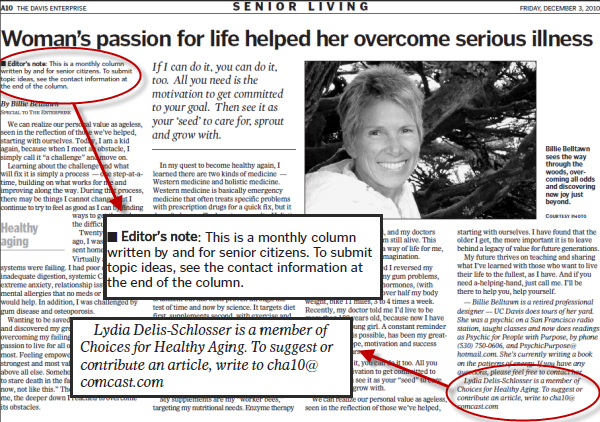 The group has tipped their hats more than once in this regard.  At a candidates forum last spring for City Council candidates, every single question tried to push the candidates towards support for a large seniors-only development at Covell Village.

At the candidate’s forum, Jon Li saw through the charade, “The problem I have with the series of questions, which I think is apparent to all of you, is you started with an answer and then you ask us a bunch of questions where the answer that you want to hear is given.”

Later he would describe the forum as creating a series of questions where the answer to every single question is Covell Village.

In his opening remarks he added, “Tonight is about building political pressure to force the next Davis City Council to waste another few years and a Measure J vote on Covell Village.  Covell Village is SPONSORING this event.”

He continued, “No matter what, any proposal in our lifetimes will be rejected by the Davis voters, 40-60, because of John Whitcombe.  Since 2003, Whitcombe has owned a majority of the Davis City Council, and they have done his beck and call at the expense of the rest of the citizens of Davis.  Whitcombe decides something, the council majority announces it, and the city staff suffers whiplash.  For seven years, the Davis City Council has only done what Whitcombe wants.  So the council has accomplished nothing.”

The focus of CHA has not changed.  In a newsletter imploring supporters to lobby ConAgra for senior housing, they made clear their ultimate goal, “Our original commitment and vision for the Covell site remains strong.”

So now the Davis Enterprise has put the leader of this movement into a position where she gets to pick and choose which senior living columns to select.  Is it appropriate that the newspaper allow the front person for the most controversial development projects, a person who represents a group created to apply political pressure to force the next Davis City Council to put Covell Village on the ballot for another defeat at the polls, to pick and choose which senior articles get printed in the local community newspaper?

To me this is an appalling lack of judgment by the local paper, who just laid off a well-respected columnist.  But at least the Davis Enterprise, who endorsed the doomed Covell Village project in 2005, a project that only received 40% of the vote during good economic times, has shown its hand.

The Enterprise is helping to give CHA a legitimate vehicle and voice to push their agenda in this community.  And most of the public is going to sit back and let it happen.

Share:
Previous : Saylor Announcement: The Rest of the Story
Next : Commentary: The True Mixed Legacy of Paul Navazio