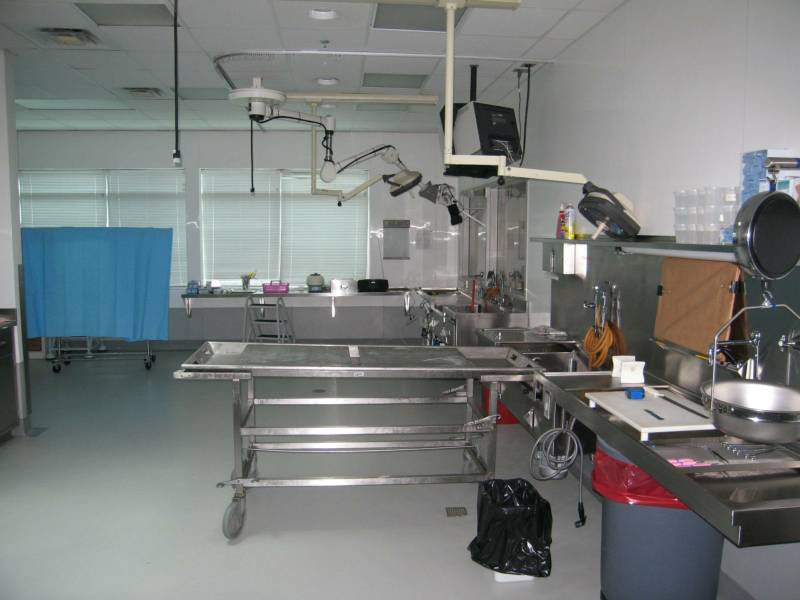 The California Report today has published a follow-up to last week’s bombshell that was accompanied by NPR and Frontline coverage, which showed the questionable history of Dr. Thomas Gill, who worked with the Forensic Medical Group, a private company commissioned by the Yolo County’s coroner’s office to do autopsies.

According to the report, the Coroner’s Office will review the work in five homicide cases handled by the doctor.

The office is coordinating with other law enforcement agencies involved in the murder investigations that relied on Dr. Thomas Gill’s examinations and with the county’s district attorney to “find out if there are any concerns all the way around about the autopsies themselves,” Yolo County Chief Deputy Coroner Robert LaBrash told California Watch’s Ryan Gabrielson on Wednesday.

According to their report today, Dr. Gill has performed more than 200 autopsies for Yolo County, serving as its primary forensic pathologist.

Mr. LaBrash told the California report that they have yet to possess a list of those autopsies being reviewed or that police agencies investigated as homicides, and he did not elaborate on how the coroner’s office planned to check Dr. Gill’s autopsy findings.

They further report, “The chief deputy coroner said he also does not know if the cases resulted in convictions. LaBrash emphasized that Yolo County’s law enforcement agencies are ‘early in the process.’ “

“A Yolo County District Attorney’s Office spokesman said yesterday, in an email response to questions, that prosecutors plan to analyze each autopsy after the coroner’s office completes its review,” the report added.

Dr. Gill himself back in January identified 22 criminal cases that he had testified in since 2001, and two of these were from Yolo County.

According to the report, “One of the cases was the homicide prosecution of Christopher Buchanan in February 2008. A jury found Buchanan guilty of beating to death Ryan Pimentel and attempting to destroy the victim’s remains by setting them on fire, according to The Daily Democrat in Woodland.”

The second case was the prosecution of Calixto Racimo, who was accused of participating in a 2002 murder.

This is a case that we know well because the appellate court threw out the conviction due to prosecutorial misconduct.  However, despite a failure to disclose exculpatory evidence, the court refused to throw out a conviction in the second case.  This is one of the cases on the Innocence Project’s list.

It is not clear if the autopsy in that case will make a huge difference, but a parallel to investigating conduct by the prosecution is interesting.

Writes Mr. Gabrielson, “It is currently unknown whether Gill performed autopsies in either of the cases. California Watch has filed a public records request with the Yolo County coroner for the autopsy reports under review.”

Overall, Dr. Gill performed 246 autopsies between 2007 and the end of 2010, when Sheriff Prieto ended Yolo County’s association with Dr. Gill, as did FMG soon after.

The Vanguard spoke last week with Yolo County’s Chief Deputy Coroner Robert LaBrash, who downplayed any concerns that there were problems with Yolo County autopsies, arguing that any autopsy performed by Dr. Thomas Gill would have been overseen by his office and had his findings signed off upon.

According to the investigation by California Watch, Dr. Thomas Gill had “been forced out of a teaching position at an Oregon university, and then fired for inaccurate findings and alcohol abuse by the coroner in Indianapolis.”  Moreover, he had been “demoted for poor performance as a fellow for the Los Angeles County Coroner, [and] he resurfaced at a private autopsy company in Northern California.”

That is where Yolo County enters the picture.  The report questions how a person with a record such as Dr. Gill’s had continued “to do thousands of autopsies and to serve as an expert witness in criminal cases.”

Yolo County Sheriff-Coroner Ed Prieto appeared on Frontline, which turned out to be the source that informed him of the problems with Dr. Gill.

Sheriff Prieto was asked by Frontline if they do background checks on the forensic pathologists.

“We do a background investigation to make sure, for criminal activity,” the Sheriff responded, “We make sure their qualifications are valid.”

However, when Frontline mentioned that Dr. Gill “has serious problems around the United States,” the Sheriff appeared caught completely off guard and responded, “Oh really?”

As Frontline went into Dr. Gill’s history and the problems in Sonoma County that warranted a bar association investigation and condemnation, the Sheriff responded, “I did not know that.  I think you alerted me to something – again,  I always depend on the experts and sometimes the experts don’t always give you the right information.  So I think this really has alerted me to look into this a little bit further.”

To his credit, the Sheriff acted quickly on that information.  Frontline reported that following that interview, Sheriff Prieto requested that FMG (Forensice Medical Group) no longer send Dr. Gill to Yolo County.

Chief Deputy Coroner Robert LaBrash told the Vanguard, “Once the Sheriff learned about [Dr. Gill through the Frontline Interview], we then acted accordingly, which meant severing our involvement with Dr. Gill at that time.”

“We are still involved with FMG (Forensic Medical Group) through a contract and I’m very confident in FMG in terms of what they’ve done for us,” he added.

However, he also expressed confidence that this discovery would not have a major impact on the autopsies that were performed in Yolo County, even those performed by Dr. Gill himself.

However, the fact that the Coroner’s office is now reviewing cases may show either some doubt as to that statement, or simply may be a matter of erring on the side of caution.

We are interested in particular whether Dr. Gill was involved with the autopsy of Luis Gutierrez-Navarro, who was shot and killed by Sheriff’s Deputies back in 2009 and whose autopsy was part of the key evidence to clear the officers of wrongdoing. That autopsy report was signed by Mr. LaBrash and Laurel Weeks.

The other case of interest is the shooting death of Wayne King, ruled a suicide by the coroner’s office, which concluded that he had concocted a home-made weapon and shot himself.