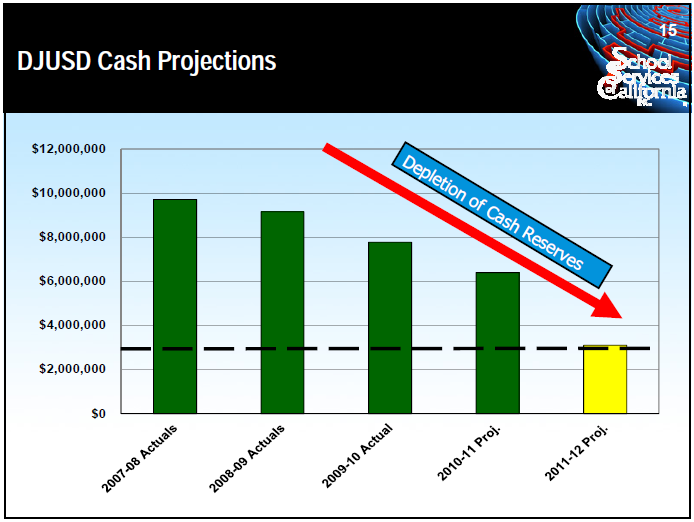 In the past week, to the surprise of few, the Davis Teachers Association and Winfred Roberson came out in favor of Measure A, an increase to the parcel tax to help the district minimize the number of layoffs and programmatic cuts, as the result of ongoing cuts to the state budget for K-12 education.

Voters will decide in May via a mail-in ballot whether to increase the parcel tax by $200 per year.

According to a press release sent out late last week, the Davis Teachers Association has voted to endorse Measure A.  The two-year measure will provide emergency funds to the Davis school district to replace dwindling state support.

“As teachers and community members, we support this effort to preserve an excellent education for our kids,” said Cathy Haskell, president of the DTA.

Over the weekend, Superintendent Winfred Roberson also joined the list of supporters.

In an op-ed to the Davis Enterprise, he characterized the program as simple, “Davis Joint Unified School District has a $6 million ongoing budget shortfall.”

“The state of California has reduced educational funding for the past four years to levels that imperil the ability of every school district in the state to meet student needs and state educational mandates,” he writes.

He sees only two solutions to a budget shortfall – increase revenues or reduce spending.

“We can increase revenue locally by passing Measure A or we can reduce spending,” he writes.

On the other hand, he correctly points out, though many have missed the point, the district has already reduced spending levels by millions over the last three years.

In fact, even if Measure A is passed, it will only bring in $3.2 million to the district, which is only half of the budget shortfall imposed by state budget cuts.  The rest of the savings will have to come from spending cuts, which primarily means teacher layoffs along with that of support staff.

“We can all hope that the state increases revenue in time, but that clearly is not prudent. Hope is not a plan,” he continues. “The fiscal struggle continues at the Capitol while we are still legally required to submit a sustainable budget for three years in the future without any realistic idea of what the state or voters will do next.”

“There is no magic fix, no secret account and no additional federal funding on its way. We need to make the best plans we can for our children and move forward,” he concludes.

Davis teachers say they will be working in phone banks, standing behind tables at the Farmer’s Market, and talking with voters about the importance of passing the measure. The Association will also make a donation to the Yes on A campaign.

Ms. Haskell added that she hopes the district will include teachers, parents, and community members in decisions about which programs to restore if Measure A passes.

“Parents and teachers have the closest connection to kids, and should be given ample opportunities to provide input in the decision-making process about how best to use Measure A funds,” Ms. Haskell said.

According to the Davis Joint Unified School District, 63 layoff notices will be handed out to certificated employees this week to prepare for a “worst case” scenario in case Measure A doesn’t win approval.

“Measure A funds will bring those teachers back into the classroom to give our kids the class sizes they need to learn,” added Ms. Haskell.

As the Vanguard argued back in early February, the worst-case scenario is likely reality.  If all goes right, the voters of Davis pass Measure A and then Jerry Brown gets his tax plan on the ballot and passed in June, then the district could get by without additional layoffs.

However, the reality is that the state budget plan is not going to go forward, at least not in June.  And the most likely scenario is that we will have over a $6 million deficit with Measure A covering only half of it.

The voters of Davis will have to decide what our local schools are worth to us.  There appears to be a good deal more opposition this time around.  The district will apparently try its typical low profile, low turnout campaign and hope for the best.  We shall see if that is sufficient.