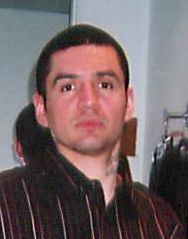 There was not much additional information available now, a week after the delay in the nearly three-year-old Topete case, where Marco Topete is accused of shooting Yolo County Sheriff’s Deputy Tony Diaz as he fled pursuit.

Last week, the trial was delayed on the eve of the final round of jury selection, as co-defense counsel Thomas Purtell suffered a stroke.

Hayes Gable, co-counsel for the defense, told Judge Richardson and Supervising Deputy DA Garrett Hamilton that, while Mr. Purtell continues to do well, he is having further tests this week including an MRI and physical therapy.  Mr. Gable, of course, was unsure of the results of the MRI.

“I’m not in the position to say when if ever he could return,” Mr. Gable told the court, as he recommended that they continue this matter until Thursday.

Judge Richardson instructed Mr. Gable that the court would need a letter from the physician.  He said that, while they obviously are accepting Mr. Gable’s representations, he would be more comfortable with a short and general note from a reputable physician to make things official.

Mr. Gable indicated that even if Mr. Purtell stays on the case, he would not be ready for some time.

If Mr. Purtell does not stay on the case, the new counsel would need at least two months to prepare.  Mr. Gable has reportedly already spoken to other potential counsel in the event that Mr. Purtell cannot return.

Judge Richardson set the matter for Tuesday, and after some discussion will keep the hearing in which the 93 members of the jury are brought back to determine how many might be able to proceed after a lengthy delay.

The attorneys and Judge Richardson had just spent a month and a half selecting and death-qualifying jurors, and were ready to proceed with peremptory challenges last week, when Mr. Purtell fell ill.

The court is now concerned that they will lose this jury pool and thus have to start afresh.

Judge Richardson indicated that they would hardship the jurors again to preserve as many of them as possible.

Garrett Hamilton was concerned, as was the rest of the court, about the possibility of losing the jury pool.  He said, “There are so many ducks that would have to be lined up to keep that jury pool.”

However, Judge Richardson was more optimistic, suggesting that they could save as many as possible and then they would need to perhaps call in a new pool.  But at least that might not require that they begin from scratch.

As we have mentioned in the past, the costs for this trial continue to mount.  In June this will have been three years from the actual killing.

Already we have seen the Sheriff’s Deputies lock the media and public out of the arraignment court.  We have seen numerous attorneys come and go.

Mr. Topete last fall dismissed his legal counsel and attempted to represent himself, before recognizing that the barriers placed on him were too cumbersome to overcome.

It is one of the long and painstaking processes that leads to costs for the typical death penalty case running in the millions of dollars.

According to various statistics, it costs roughly $1 million per death penalty trial, over and above the cost of non-death penalty murder trials.

This, for a penalty unlikely to be ever acted upon.  California has over 700 people on death row, and even at a staggering rate of executing one per week, the current population would be around for 14 years.

In addition, the state has “$63 million per year extra spent housing people on death row and another $60 million spent on their appeals, again over and above the cost of housing and appeals for life without parole.”

Argue reformers such as the ACLU, the cost comes to about $1 billion for every five years.

The defense in this case argued, with no success that the trying of Mr. Topete for the death penalty, given the likely delays and unlikelihood of execution, represents cruel and unusual punishment.

The defense argued, “The excessive delays in California’s death penalty system constitute cruel and unusual punishment in violation of the Eighth Amendment and results in a denial of due process. Based on this violation, the Defense respectfully requests that this Court preclude the People from seeking the death penalty in this case.”

The DA countered that the argument was premature or not yet “ripe.”

They wrote, “Marco Topete is the defendant in the pretrial phase of a capital murder prosecution. To date, he has been convicted of nothing in this case. Should he be convicted of murder with at least one special circumstance, the People intend to seek a death sentence.”

They cite a case where “the court rejected a claim by the appellant that a more than 20-year delay in his execution violated the state and federal constitutions. In that case the court addressed the Lackey decision of the United States Supreme Court that is cited in the defendant’s motion. In that decision, at page 404, the court held that the normal post-conviction review process was not grounds for finding that the constitution had been violated.”

Judge Richardson agreed with this and allowed the death penalty to move forward.

However, given the likelihood of further delays, we wonder how much both the county and state could save should they simply seek life without parole and take the death penalty off the table.