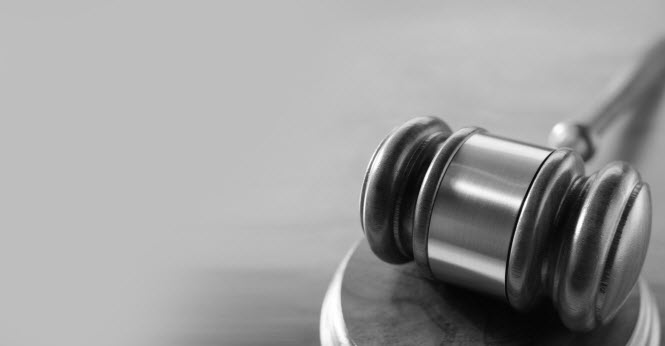 On Friday, we went to the court expecting to find out how many hundreds of years Bennie Moses would received after a Yolo County Jury convicted him of 62 counts for the molestation and rape of his daughter from the time she was 12 until she turned 21.

Instead, we learned that a juror had possibly violated the very tenet of a fair and impartial trial.

As Public Defender Emily Fisher wrote in a motion asking for a new trial, “At least one juror spoke about the case and, in a sense, conducted her own investigation of a key issue in the jury trial in this case, outside of the deliberation room and without any of the other jurors present.”

Judge Mock will have to make the determination as to whether or not this constitutes an error that could have swayed the jury, or if it was a harmless error.

From the start, we were very concerned about the way in which the interrogation was conducted by West Sacramento Police.  Bennie Moses was held from 6 pm until 3 am, shortly before which he finally broke down and confessed.

We know from research by the Innocence Project that in about 25% of DNA exoneration cases, innocent defendants made incriminating statements, delivered outright confessions or pled guilty.

In the middle, he was misled by the police as to whether he was free to leave, as at one point he was told he could leave, only to be prevented from doing so.

Based on our viewing of the case, it appeared that his statement itself was evidence of his guilt.  The problem for Mr. Moses is that he did not merely give up and slump his shoulders, saying he did it.

Instead he said, “She just danced around and teased me in her nighties all night long.”  And he also talked about how she instigated the sex at times.

Kathryn Druliner, a criminal defense attorney who used to work for the Sacramento District Attorney’s office, noted, “It is NOT a question for a new trial about the defendant’s innocence or guilt or the strength of the evidence. The ONLY question is whether there was outside information. The reason for this is simple: No one could cross-examine that husband.”

The Defense Attorney in this case, Emily Fisher, made a similar point, “The fact that this juror went home to talk to her husband about whether he would ever admit to sleeping with their daughter if it wasn’t true is indicative that the juror had not been convinced that false confession could be obtained by police coercion, including in cases where someone is accused of having sex with their biological daughter.”

She added, “Furthermore, just because her husband would never admit to sleeping with his daughter if he hadn’t has no bearing on whether Mr. Moses would and did make such an admission even if it weren’t true.   This juror [performed her own investigation], by talking about the case outside of the deliberation room and without all jurors present.”

As we pointed out on Saturday, there is a precedent now with an appellate court throwing out a conviction where a juror did a homemade experiment.  This was despite the fact that the trial judge in that case, Judge Fall, ruled the error to be harmless.

We have noted in the past that Judge Mock has been rather lax in some crucial jury instructions.  This led, during the Niazi trial, to a juror making a comment to an individual in the court.  In another recent trial, Judge Mock did not give a standard jury instruction of not to talk to anyone about the case, until asked by a juror who had served jury duty before.

But perhaps most disturbing about this is additional information that leads us to start questioning the entire foundation of the conviction.  We are concerned that one of the alternate jurors expressed a concern that the daughter simply made this up and one of the jurors told me this weekend that they did not think that was an outrageous possibility.

As Ms. Fisher wrote in the motion, “After the verdicts were read and recorded, defense counsel and one other member from defense counsel’s office spoke with approximately 6 members of the jury.  These 6 members of the jury indicated that Mr. Moses’ ‘confession’ was the crux of the evidence in determining Mr. Moses’ guilt and that absent the confession the other evidence would have been scrutinized more than it was.”

In our reading of the case, the confession, along with the DNA evidence, are crucial to understanding the case.  The confession may have been improper but the “nighties” part was enough to convince us that this was not simply a man who broke down and falsely confessed.

The DNA also bolsters the claim, as there was never any credible way for the defense to explain that away.

However, from our viewpoint, the victim’s testimony is problematic in that it was filled with inconsistencies and the failure of the victim to pinpoint specific incidents.  Deputy DA Michelle Serafin explained that away, suggesting that because the rapes were part of daily life of the victim, she was unable to remember details other than perhaps the first or most recent.

While that sounds plausible, it seems just as reasonable that she would have been able to at least recall a few in detail that stand out in her mind over the years.  After all, I may not remember every meal I have over a ten-year period, but I can certainly recall a few pleasant and unpleasant ones along the way.

As we have said many times, the way that the confession was achieved never sat well with us.  There is simply too much research on false confessions to think otherwise.

The fact is, contrary to the view of the juror’s husband, people do confess to crimes that they have not committed.  It happens with alarming frequency.  And unless you can place yourself in that room, it is hard to know what you would do.

Given what we have seen and heard in the last few days, given the gravity of the charges and the life sentence that would be imposed, it is incumbent upon us to make sure the jury got it right.  If that means we have to do it again, then we do exactly that.  I don’t think we can know what a jury would have done without that intervention.  It is best to err on the side of caution.

8 thoughts on “Commentary: Concerning Revelations in the Moses Trial”