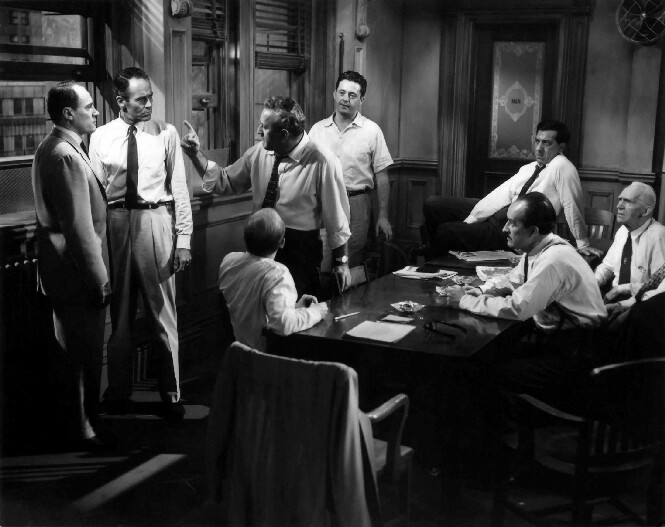 Back in early March, a Yolo County Jury convicted Bennie Moses of 62 counts for the molestation and rape of his daughter from the time she was 12 until she turned 21.

On Friday, as Mr. Moses was to be sentenced, Public Defender Emily Fisher announced to Judge Stephen Mock that she would be moving for a new trial based on jury misconduct.

As a result, they have scheduled a hearing for May 16 to argue the points in the motion.

Ms. Fisher wrote  in the motion, “After the verdicts were read and recorded, defense counsel and one other member from defense counsel’s office spoke with approximately 6 members of the jury.  These 6 members of the jury indicated that Mr. Moses’ ‘confession’ was the crux of the evidence in determining Mr. Moses’ guilt and that absent the confession the other evidence would have been scrutinized more than it was.”

Ms. Fisher argued, “During jury selection and through the course [of the] trial in this case, the judge continuously admonished the jury not to discuss the case outside of the deliberation room and without all of the jurors present.”

“Despite these admonitions, at least one juror spoke about the case and in a sense, conducted her own investigation of a key issue in the jury trial in this case, outside of the deliberation room and without any of the other jurors present.”

As we reported at the time, the crucial evidence that emerged was DNA evidence that showed DNA  from the victim in the underwear of Mr. Moses mixed in with his semen.

However, that evidence was fairly weak, although the defense never offered a satisfactory answer for how the DNA came to be in the underwear.

In addition, following a lengthy interrogation, Mr. Moses confessed to having sex with his daughter.  Not only did he confess but he offered an explanation. “She just danced around and teased me in her nighties all night long,” he said as he explained that she instigated the sex at times.

Mr. Moses, on the stand, explained that he grew tired of the interrogation and wanted to make it stop so he told the investigator what he believed she wanted to hear.

In her points of law, Deputy Public Defender Emily Fisher argued, “When a criminal defendant is deprived of their constitutional rights to due process of law and a fair trial, Penal Code section 1181… provides grounds for the trial court to grant a defendant a new trial in order to ensure that the defendant’s constitutional rights are met.”

“In this case, by speaking with her husband about the controlling issue considered by the jury in determining Mr. Moses’ guilt, [the juror] deprived Mr. Moses of his constitutional rights to a fair trial by 12 impartial jurors,” she continued.

She added, “By questioning her husband about the evidence she observed in the courtroom during the jury trial, [the juror] performed her own investigation and received evidence outside of court.  Specifically, [the juror] asked her husband whether he would ever admit to sleeping with his daughter if it wasn’t true in order to assess whether Mr. Moses’ statements to the police were true.”

Emily Fisher then made a crucial point, “The fact that this juror went home to talk to her husband about whether he would ever admit to sleeping with their daughter if it wasn’t true is indicative that the juror had not been convinced that false confession could be obtained by police coercion, including in cases where someone is accused of having sex with their biological daughter.”

She added, “Furthermore, just because her husband would never admit to sleeping with his daughter if he hadn’t has no bearing on whether Mr. Moses would and did make such an admission even if it weren’t true.   This juror [performed her own investigation], by talking about the case outside of the deliberation room and without all jurors present.”

But more importantly, the research indicates that people do make these kinds of confessions even when innocent, and the juror’s husband may simply not have been able to put himself into the shoes of a criminal defendant under the pressure of a lengthy police interrogation.

That point not withstanding, Ms. Fisher makes a crucial point that the need to consult the husband does indicate that the juror was unconvinced of the evidence.

Judge Mock should also be aware that one of his colleagues was overruled by the appellate court on the issue of jury misconduct, in a case where the juror did a homemade test to see about the firing of a gun out of a vehicle.  That became crucial for breaking a deadlock in a case of a driveby shooting.

However, that trial judge, Judge Fall, ruled that the misconduct was harmless and allowed the conviction to stand.

Wrote the appeals court, “This case involves one of the most egregious types of juror misconduct. During deliberations, a juror performed an experiment at his home under conditions not subject to judicial oversight or cross-examination.”

The experiment in that case, the appellate court ruled, “created new evidence outside the courtroom.”  While the juror in this case does not go nearly as far, she is also conducting outside investigation into the possibility that the interrogation could have created a false confession.  This too is improper.

Both the Vanguard and the jury itself have expressed concerns about the manner in which the interrogation was conducted.  However, at the same time, we believe that the nature of the statement itself demonstrated something more than the defendant simply breaking down from sheer exhaustion.

There is considerable evidence of the unreliability of confessions that have come under interrogations.  The Innocence Project cites the statistic that in about 25% of DNA exoneration cases, innocent defendants made incriminating statements, delivered outright confessions or pled guilty.

The actual confession occurred nearly nine hours into an interrogation that began at 6 pm and ended at 3 am.

Judge Mock allowed another edited version to be shown, this one showing about 42 minutes of dialogue where Mr. Moses denied committing any crimes.

Judge Mock announced at the outset of showing the video to the jury that he had selected the edit points, but even this extended version of the video does not do justice to the extent and length of the interrogation.

It did not show long periods where Mr. Moses was forced to wait as they used various tactics to wear him down.

Mr. Moses also took the stand in his own defense and thus faced cross-examination from Deputy DA Michelle Serafin.

Ms. Serafin, as she cross-examined Mr. Moses, tried to trip him up with regard to his confession.  She hammered on him, asking him why he supposedly lied to the police about committing the crime.  He told her that he decided to go along and tell them what they wanted, because he just wanted it to end and get it over with.

He also said he realized that they were lying to him.

Omitted from what the jury saw was a section at the beginning of the interview, where Mr. Moses asked if he were under arrest.  The officer told him that he was not under arrest and he could leave at any time. Soon after, a sergeant came in and told him he’s not going anywhere.

In her closing statement, Ms. Fisher broke down the experience in a chart that showed the length of the interrogation and the section in which Mr. Moses finally broke down and confessed.

The problem for Mr. Moses is that he did not merely give up and slump his shoulders, saying he did it.

Instead he said, “She just danced around and teased me in her nighties all night long.”  And he also talked about how she instigated the sex at times.

As we have observed previously, there would be no one who would make that kind of statement unless he thought of his daughter in sexual terms.  Or so we believe, and that is part of the problem here.

The Vanguard has also learned that one of the alternate jurors expressed concern that the daughter simply made this up.

Given the gravity of the charges and the fact that Mr. Moses faces hundreds of years in prison given this conviction, it only makes sense that Judge Mock be sure that the defendant received a completely fair and impartial trial.