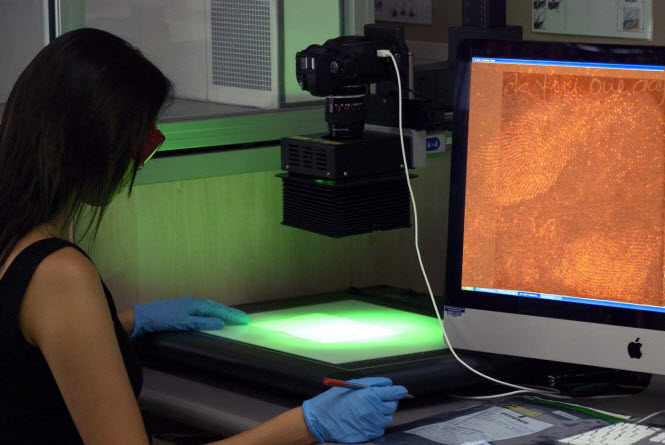 Judge Stephen Mock said in his thirty years on the bench and working in the criminal justice system, he had never seen a situation like this.  However, when West Sacramento Detective Tate had to rush to Florida for a family emergency, the Judge declared a mistrial in the case of Oscar Barrientos, accused of burglarizing a West Sacramento home.

The Tuesday afternoon dismissal of the case followed a disastrous morning for the prosecution.  They had put Maria Cerna, the person whose home was burglarized, on the stand.

Speaking through an interpreter, she testified that it was in the morning on a school day when a young woman 14 to 16 years old knocked on the door asking for her 11-year-old daughter.

She was stunned since this was in the middle of a school day.  She had never seen this girl before, but learned from her daughter that it may have been the older sister of her daughter’s friend.  The girl was described as Latina, wearing pajama pants.

Outside she saw a red Blazer with a person in the passenger’s seat, a Latino male with a white shirt and red hat, slumping down.  He had a mustache.

The girl left, got into the car and Ms. Cerna left for work.  She noticed, however, as she walked to the bus stop that the red car was still there.  She had left inadvertently the bathroom window open to let out the steam for the shower.

In the evening, when she was called to return home, she found out that her 50-inch flat screen TV had been taken, along with jewelry, a car stereo and other valuables.

It was not until four months later that they found Mr. Barrientos.  This is where things get tricky for the prosecution.

The police came to her with a single photo.  They did not have her pull the suspect out of a photo lineup or even a live lineup.  Instead, they brought her a single photo and told Ms. Cerna that this was the individual whose fingerprint they found on her window.

Even at the time that they showed her the photo, she was only 70 to 80 percent sure that was the person who she had seen in front her house.

As she explained, she was only 70 to 80 percent sure, “because I really didn’t see him that well.”

When asked in court if she saw the person in court whom she had seen on the day in question outside of her home, she responded flatly no.

She said that too much time has gone by and people change, as though trying to minimize the problem.

Deputy DA Tokhi tried to ask her about the person to the left of the defense attorney, but that was shut down immediately on objection.

Deputy DA Tokhi then spent about 20 minutes, painfully trying to resurrect the credibility of his key witness, trying to get her to minimize the 70 to 80 percent and to focus on facial hair issues, but for the most part she stuck with her testimony.

While there was a small amount of cross-examination by Deputy Public Defender Amber Poston, it was after the lunch break that Judge Mock, after a lengthy discussion with all involved, reluctantly called a mistrial.

At this point, they will have a trial setting conference on Monday and likely will schedule the new trial for June.

While the defense will lose the shock value of witness/victim being unable to correctly identify the alleged perpetrator, the record will be preserved and if she attempts in two months to say that she can recognize him, that record would be used to impeach the credibility of the witness.

To be frank, there appears to be very little chance that they will gain a conviction in this case.  The prosecution ought to allow for a misdemeanor plea of petty theft and call it a day.

That will probably not happen.  Without a witness identification, that means that the fingerprint will almost stand alone as the only evidence.  The problem that the prosecution faces is that Mr. Barrientos, though he lived in the neighborhood, may not have had the opportunity to commit this robbery as he was at this time helping to care for his sick father in Elk Grove.

It was not his car.  He was never seen or caught with the stolen property.  It is a thin case.

A partial hand print on the window alone does not mean that Mr. Barrientos was the perpetrator.

As the defense attorney, Deputy Public Defender Amber Poston, argued in her opening statement, fingerprint analysis is not the exact science that it is portrayed on TV.  Indeed, there is no standard for testing.

The critical question is: was Mr. Barientos’ palm print really found on the window of the burglarized residence, or did the police believe it was Mr. Barientos for other reasons and draw a faulty conclusion?

Without witness identification, this case really rests completely on whether the fingerprint analysis was accurate.

Share:
Previous : Contracts Likely To Not Produce the Savings We Need
Next : Housing Element Status Report to Be Heard Tonight