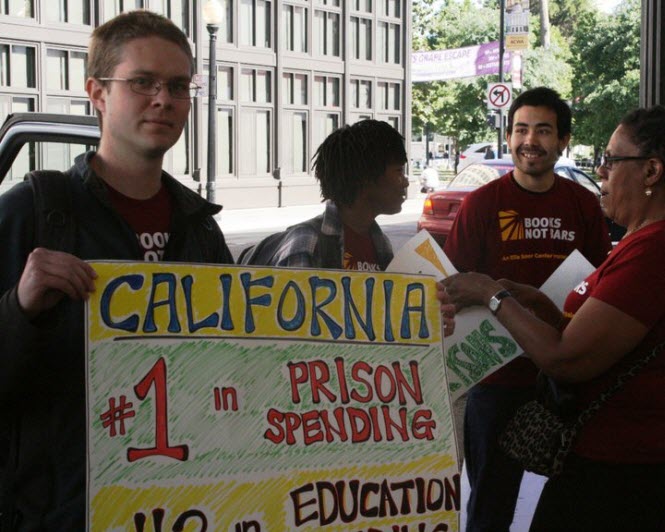 One of my chief complaints about the management of the budget deficit in the City of Davis was the state of denial the former city manager was in, and thus by extension the rest of the city, most particularly city employees and to some extent the broader community.

As we look to a new city manager, we must keep in mind the fact that, just because things are not as bad here as elsewhere does not mean we are not on the brink.  The brink being looking down the barrel of huge increases in the cost of pensions and retiree insurance, based on huge and growing unfunded liabilities.

By the same token, it seems that some in this community are in denial about the crisis that public education faces, despite more than ten million in cuts to our local school district over the last four fiscal years.  In part this is due to the willingness of the public to not only support three separate parcel taxes since 2007, but also because the Davis Schools Foundation, a private organization has also been able to raise millions.

We have not felt the pain that other districts have had to feel who do not enjoy the local support that meant even a $200 a year parcel tax in the middle of a string of parcel taxes received the requisite two-thirds threshold for passage.

It is easy to forget what the world outside of our bastion of educational enlightenment looks like.

But we do not have to look far, just go across the causeway to see scores of protesters arrested, as the teachers attempted to lean on state legislators in an effort to extend current tax raises.

Reports the Bee on Tuesday, “Although law enforcement officials said the crowds were generally peaceful, they arrested about 65 protesters after warning them to leave the Capitol rotunda after the building closed at 6 p.m. They were charged with misdemeanor trespassing.”

“We’re not just here to lobby. We’re here to raise some hell,” Betty Olson-Jones, president of the Oakland Education Association, said as the arrests began.

As David Sanchez, the head of the state’s teacher’s association writes in the Sacramento Bee this morning, “The thousands of educators, parents, and working families protesting this week in Sacramento and throughout the state recognize something that some lawmakers are in denial about: California is in a state of emergency.”

It may be easy to dismiss his words as self-serving, but he’s not altogether wrong either.

He writes, “Years of papering over budget shortfalls, an unfair and unreliable tax revenue system, and billions in cuts to state and local services have pushed our state to the brink of disaster.

As he points out, nowhere has been hit harder than public schools.  Over the last three years, educational spending for K-12 and higher education have been slashed by $20 billion, or $3000 per student.  School years have been shortened, which means decreased instructional time for students.

Writes Mr. Sanchez, “Class sizes have soared, vital programs have been cut or eliminated, and 40,000 teachers, counselors, nurses, librarians and support staff have been laid off. University of California and California State University tuition fees have skyrocketed, and many students now find themselves priced out of a college education.”

These are all facts.  The question is what to do about these facts.  At this point he recommends that the state pass extensions to the tax increases from a few years ago that are about to expire.

He puts the blame clearly, “Republican lawmakers are prepared to cause even more damage by gutting state revenue further with an immediate tax cut.”

Writes Mr. Sanchez, “The governor negotiated in good faith with lawmakers to put the tax extensions to a vote of the people, but as news reports surfaced that a deal was close, some Republicans hijacked the process and added a 10-page list of their own special- interest demands, including some that would have increased the deficit, showing either they know nothing about successful negotiations, or they were never serious in the first place.”

Oh, I can see it now, some readers’ complaints that this amounts to more blaming the Republicans.

Truth is, Republicans are to blame, but they are not the only ones to blame.

The Republicans have been the primary obstructionists to the process.  They have refused to negotiate in good faith.  They are the problem here, and they are not the solution.

The Democrats have done their part in creating phony balanced budgets in the past, rather than force a true crisis that could make the system change.

However, the real culprit here is the system that diffuses responsibility and prevents electoral success from equating to governing success.

The more I see the California Government at work, the more it is clear that we need to revamp the system.  We need to allow the majority to rule and the minority to try to score brownie points with the voters so they can be the next majority.

For those who fear that this is a Democratic state that will always elect Democrats, that is partly true.  But it is still an anti-tax state that will support tax cuts and punish those who will increase taxes or fees.

The bottom line is that we are in denial, our system of government does not work, will not work, and cannot work anymore.  We need to move forward and allow the majority to govern and have faith that the voters will keep the excesses of one party or another in line.

Share:
Previous : Sunday Commentary: Why We Have a Parcel Tax on the Ballot and Why California’s Tax Law Make Little Sense
Next : The War on Drugs = A War on Women and Families

19 thoughts on “Commentary: State of Denial”