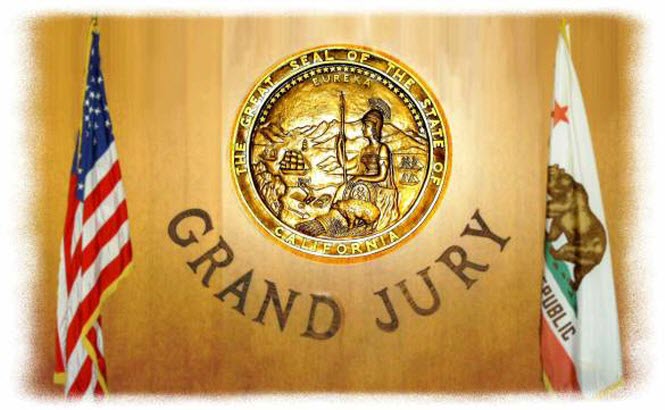 The Yolo County Grand Jury hammered the Winters School District for numerous violations in response to citizen complaints “regarding 2009/10 Board of Trustees’ actions at meetings and treatment of community members, particularly in response to the nonrenewal of a designated employee’s contract at the high school.”

According to their report, these allegations concern, in particular, a variety of violations of both Board Policies and Bylaws as well as the State’s Brown Act that regulates and mandates open public meetings.

In a press release issued on Monday, the Grand Jury found, “There was a clear conflict of interest in a consulting contract award made by the Winters Joint Unified School District (District) to a designated employee’s paramour not disclosed at the time the award was made, and the employee participated in the selection of the consultant.”

“The failure to fully and fairly disclose the existence of financial or strong personal relationship between the parties to a contract is a violation of State law and District Bylaws,” the press release continues.  “These violations could allow the District to nullify the existing contract and consider discipline for the designated employee.”

“The Grand Jury found that the nonrenewal of another District designated employee’s contract may have been influenced by the conflict created by the hiring of the consultant.  The Board’s decision not to renew a designated employee’s contract in March 2010 proved to be highly divisive and generated numerous requests for investigation by the Grand Jury. These allegations concern violations of the Board’s Policies and Bylaws and the State’s open meeting Brown Act,” the report continues.

The Grand Jury also found multiple examples in which the WJUSD Board violated its own Policies and Bylaws regarding treatment of community members.

“Particularly egregious behaviors that should be stopped immediately are disrespectful comments and gestures made by the Board to community members during Board meeting public comment periods,” the report continues.  “The Grand Jury commends the 2010/11 Board on the steps it has taken to improve meeting professionalism.”

“The District was particularly resistive to Grand Jury inquiries and made simple inquiries more procedurally difficult than necessary,” the Grand Jury noted in its press release.

The District does not have an adequate method for handling citizen complaints and ensuring that there are reasonable and respectful responses to those complaints.

The Grand Jury recommends, “The Board of Trustees take immediate steps to abide by its own Policies and Bylaws and the State’s open meeting act.”

As noted, there was a particular problem with disrespectful comments and gestures made by the Board to community members during Board meetings public comment periods.  At the same time it appears that the board has improved upon that professionalism in the current year.

The Grand Jury notes a general lack of clarity and consistency in terms of the process for receiving and responding to complaints from the public.  “When concerns are brought to the Board through letters and e-mails, there is no clear policy whether such communications constitute complaints and are therefore left to judgment,” the Grand Jury notes.

Moreover, they find that there is a lack of follow-up and accountability to ensure issues are resolved.

In particular, they find that the board “does not seem to embrace its role as overseer of the District” and that board members “dismiss any issues and concerns expressed by certain community members, viewing them as complainers, characterizing these individuals’ expressions of desires to meet to discuss problems as ‘disingenuous.’ ”

The Grand Jury notes, “Even written communications among Board members and District staff during the period of January 2010 through May 2010 revealed unprofessional and disrespectful comments.”

The Board also committed numerous Brown Act violations.  In particular, while personnel decisions are made in closed session, the Grand Jury notes that “if the deliberations are conducted via e-mail, they are no longer in closed session, lose the protection of confidentiality, and become subject to the Brown Act.”

Writes the Grand Jury, “The Grand Jury obtained copies of e-mails that showed Board members were engaging in nonpublic discussions regarding whether to renew a designated employee’s contract. They also engaged in nonpublic discussions regarding the Board’s response to the public outcry about the nonrenewal. Other prohibited subject areas were also discussed. The e-mails indicate that District staff, privy to the communications, knew the Brown Act was being violated.”

In fact, this is just one of many alleged violations of the Brown Act that occurred.

Others included the failure to notify an employee “regarding the Trustees’ decision not to renew the employment contract,” the failure to report a roll call vote taken in closed session regarding the nonrenewal of a designated employee’s contract, and the holding of serial meetings.

These are very serious violations that the District Attorney could take up and consider whether or not to prosecute.

The Grand Jury left unresolved questions as to whether there was compliance with the Public Records Act.

The Grand Jury received a request to review all e-mails between Board of Trustees and a District designated employee to determine if the redactions were valid.

The Grand Jury reviewed subpoenaed copies of redacted and unredacted e-mails between the Board and District Administration. They report, “There was insufficient evidence to opine whether a violation of the public records act occurred. However, it is unclear whether all relevant e-mails and attachments were provided. Due to time constraints, the Grand Jury could not thoroughly investigate the matter.”

While the Vanguard does not generally follow the actions of the Winters Board of Education, as a matter of open government policies and violations, the Vanguard finds the alleged conduct appalling and hopes that the State Attorney General, the Yolo County District Attorney, and the County Office of Education will follow up on the Grand Jury report to ensure that those who hold the public’s trust are held accountable for clear breaches in that trust.

Share:
Previous : Why Would Saylor Vote Against the County Climate Action Plan?
Next : Broaching The Subject of Taking The Keys Away From An Older Driver