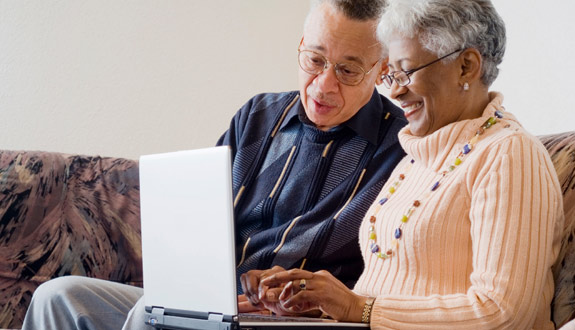 Adult day health is a service provided to those family members who have a loved one so profoundly disabled, s/he cannot remain in the home alone.  While family members are working during the week, the loved one must have a safe environment to reside in during the day, and cannot be without supervision.  Examples of such disabled people are those suffering from Alzheimer’s disease, traumatic brain injury, stroke victims, and the like.
Yolo Adult Day Health in Woodland (YADH), one of two adult day health centers in Yolo County, provides curb to curb bus service for such clients.  Once at YADH, clients are provided proper nutrition and medication, as well as numerous activities to keep their minds and bodies occupied in healthy ways.  Many of these folks are extremely difficult to care for.  But without YADH, the only option would be institutionalization, a far costlier and less humane option.

Thus far, Adult Day Health Care in CA has just barely managed to survive in this era of draconian budget cuts, in large part due to disability advocates.  A lawsuit was filed against the state when prior attempts to cut adult day health from California’s budget were tried, as discriminatory against the disabled and contrary to well settled law.  In the U.S. Supreme Court’s Olmstead decision, the court stated emphatically persons with disabilities have the right to live in the most integrated (least restrictive) setting possible.

Nevertheless, the state of CA is at it again.  As indicated by disabilityrightsca.org, “According to a study by the Lewin Group last year, eliminating adult day health care wouldn’t save the state money, and in fact would add $51.6 million in costs in the first year — primarily because participants would shift to other state-funded programs or nursing homes. The study projected that losses would rise in subsequent years as California’s population aged. The Lewin group, a consulting firm, completed the report for the Congress of California Seniors.

Nevertheless, confronted with a budget deficit of more than $25 billion, California lawmakers voted in March to eliminate adult day health care and cut the $177 million in state general fund dollars allocated to it for next fiscal year. They directed state health officials to create a replacement program or alternative services with $85 million in state money and additional federal funds that will serve people with more acute medical needs.

Although no one knows exactly what the new program will look like, this much is clear: Some centers will shutter and the program will cater to fewer people, said Lydia Missaelides, executive director of the California Association for Adult Day Services. Already, she noted, centers in San Francisco, Sonora, Lodi and Ukiah have announced they’re closing.”

But there is an irony in all this.  Disabilitlyrightsca.org also notes “Meanwhile, the federal government is pushing noninstitutional care hard.

One provision under the health care overhaul, called the Community First Choice Option, allows states to apply for a greater share of federal matching funds for home- and community-based services offered by Medicaid. California may apply, Franklin said.

But federal initiatives are butting up against state cuts to community-based programs, creating tension at local levels.

Last year, California hammered out its multibillion-dollar “Bridge to Reform” agreement with the federal government to expand Medi-Cal to hundreds of thousands of Californians.”

None of what the state legislators of CA are doing in this regard makes any practical sense.  On the one hand they are trying to eliminate a program that actually saves the state money.  On the other hand they have signed onto Obamacare, agreeing to expand Medi-Cal coverage – while at the same time eliminating Medi-Cal coverage to those in adult day health.  And you had better believe disability advocates are going to fight tooth and nail once more to keep the adult day health program in place.

Disabilityrightsca.org starkly describes the real issue here: “Adult day health programs are an optional Medi-Cal benefit that can be trimmed; nursing homes are required by law and cannot be cut”. On paper, adult day health is a sitting duck, as an item in the budget that can be cut, to make the fiscal figures somehow “work out”.  It matters not one whit if there are no actual savings or a loss of money, just “paper savings” or essentially an accounting trick.

In sum, disabilityrights.org says, “The dilemma for adult day care centers exemplifies a collision taking place across California between federal health initiatives and state budget cuts. Even as the federal government devotes increasing sums to keeping people out of institutions, state spending reductions are gutting many programs that provide the best alternatives.

In Santa Clara and other California counties, the federal government is spending $10 billion over five years to expand public health programs to uninsured residents in advance of 2014, when the major provisions of the national health care overhaul kick in. This “Bridge to Reform” directs participating counties to better manage chronic diseases before patients land in emergency care.

But those efforts are undermined by cuts to the very community-based programs that do just that.”

The following is an encapsulization from CA Association for Adult Day Services of what has occurred thus far in the state legislature:

“The Budget Conference eliminated Adult Day Health Care as an optional Medi-Cal benefit in AB 97, the Health Trailer Bill, but as part of a compromise between the Assembly and Senate included intent language to create a redesigned program under a waiver (KAFI) with significantly less funding.

The bottom line is the state legislature has cut adult day health funding drastically, with a vague promise to put a new “waiver” program in its place.  But legislators have no idea what that waiver program will look like, how it will operate, what it will accomplish.  It would seem to make more sense to stick with what we know works, is cost efficient, and more humane than institutionalization.

Lesson to be learned: Watch your legislators like a hawk.  Get involved.  Write letters to your representatives when you see something you don’t like in regard to proposed legislation.

Elaine Roberts Musser is an attorney who concentrates her efforts on elder law and aging issues, especially in regard to consumer affairs.  If you have a comment or particular question or topic you would like to see addressed in this column, please make your observations at the end of this article in the comment section.
Share:
Previous : District Rescinds Layoffs, Explanation on New HR Director
Next : GOVERNOR JERRY BROWNTO ATTEND THE PARTY AT THE RANCH

5 thoughts on “Word To The Wise: The Demise of Adult Day Health in California?”