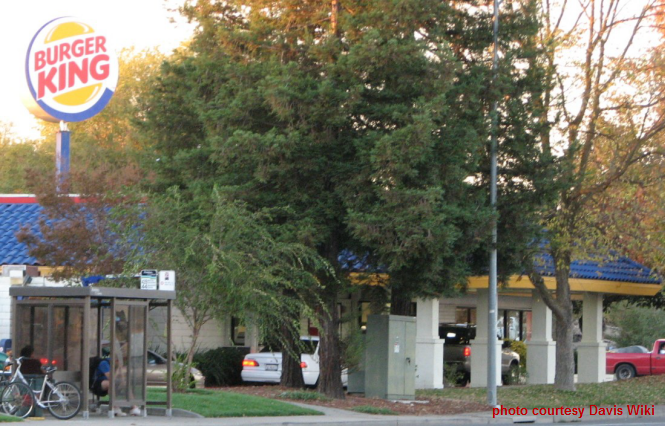 The first of many takes on redevelopment comes from the Sacramento Bee, one of the few entities critical of the existing system.  They argue the Supreme Court “delivered a complete rebuke to cities and redevelopment agencies, deservedly so.”

Unlike many, who see the graveyard for urban renewal, the Bee sees this as an opportunity for Governor Jerry Brown – “an opportunity to restore the worthwhile aspects of redevelopment and, perhaps, use the opportunity to take a new look at how tax money is distributed.”

Writes the Bee, “The governor and Legislature were right to abolish 400 redevelopment agencies as part of their effort to reduce a $25 billion budget deficit. The state expects to save $1.7 billion by ending these agencies.”

They argue, “Too often, cities ignored the original intent of redevelopment, which was to revitalize city cores, and instead used the money to encourage developers to build sales tax revenue-generating big-box stores and auto malls.”

In fact, this is exactly what the City of Davis has done.  Putting redevelopment into the parking garage at E and F, which is not blighted, and tearing down an existing and thriving business in Caffe Italia in order to put a much more revenue-generating hotel conference center goes against the intent of redevelopment.

Not that any of Davis’ city leaders, who will quickly hide behind legal precedent that has distorted the purpose and watered down the benefit of such redevelopment, will admit this.

“Many cities hoarded sales and property tax money generated by those projects, to the detriment of neighboring cities and public schools,” the Bee writes.

The Bee is also critical of the League of California Cities and the California Redevelopment Association, whom they cite for failing to compromise and instead pushing for “initiatives to protect their turf, perpetrating the lie that the money was ‘theirs.’ “

Instead, the Bee argues, “They sued the state to have the 2011 legislation overturned, and had their comeuppance on Thursday when the high court ruled against them.”

“Now that cities and redevelopment agencies have been humbled, the Legislature should consider recreating sensible alternatives,” the Bee suggests.

They add: “More broadly, the demise of redevelopment and its potential re-emergence offers legislators an opportunity to review how sales and property tax revenue is spread across jurisdictions. They should seize this opportunity, and Gov. Brown should welcome it, not frown on it.”

This is one of the biggest problems facing local communities – the inequality of the distribution of property tax revenue.  Davis is severely disadvantaged by this.

Sadly, the demise of redevelopment will likely just induce Sacramento to take the money and run, rather than fix the overall system.  But then again, we should neither be surprised nor expect anything less.

UC Davis Touts Its Impact on the Local Economy Which Tops $6.9 Billion

This week, UC Davis released a press release touting its status as “a powerful economic engine for Northern California, generating $6.9 billion in annual economic activity and accounting for 69,000 jobs.”

An economic analysis “found that for every two jobs at UC Davis, an additional 1.2 jobs were created in other sectors of the region’s economy in 2009-10, the year studied. And for every dollar of goods and services the university generated, Northern California benefited from an additional $1.10 to $1.40 in secondary economic activity.”

Overall, the report found that UC Davis’ two campuses – in Davis and Sacramento – constitute the second-largest individual employer in the Sacramento region, behind only the State of California.

“UC Davis is a significant catalyst for economic activity throughout our region and across the state,” said Chancellor Linda Katehi. “It is gratifying to see that the investments made in the university will pay off not only in the long term – with a highly educated workforce and the discoveries and innovations that will help us to address the globe’s most pressing problems. These investments also have an immediate, positive and profound impact on the economic prosperity of California.”

There are two immediate and contrasting takeaways from this.  The first is the notion of a University as an economic engine.  The message of the student protesters and the message of the Occupy movement can be seen in what is clearly becoming not just the privatization of the University of California, but the corporatization of it.

Despite all of the economic clout that UC Davis now possesses, it is the students upon whom the burden still falls, as they see their tuitions soar and the prospects of an affordable education for middle class Californians dim.

So, while students feel aggrieved in this process, the burden has been shifted to tuition. Much in the way of resources goes to line the pockets of the wealthy upper administrators, both on campus and in the UC System. At the same time, from an economic development perspective, the private-public partnership has been not only quite profitable, but it has been a strong engine for economic development.

As Natasha Minsker, Death Penalty Policy Director for the Northern California ACLU, wrote in a piece for the Vanguard: “When it comes to death penalty cases, the most gravely important in our justice system, we don’t use juries that actually represent a cross-section of the community. Instead, the law explicitly forbids a large group of community members from serving on the jury: anyone who does not support the death penalty.”

As Yolo County witnessed, one of the jurors apparently had reservations about the death penalty and was ultimately dismissed from the Topete jury.

The result is that juries for death penalty cases are seen as much more likely to convict in the guilt phase.

As Ms. Minsker wrote: “Research shows that our prejudiced ‘qualification’ process produces juries that are more likely to convict. Prospective jurors who make the cut to serve are more likely to believe prosecution witnesses and less likely to ask probing questions.”

She adds, “Jurors who are pre-selected in this way are also more likely to sentence someone to death. That is after all the point of the current qualification system.”

But, argues Natasha Minsker there is more to the problem than just this.  The death penalty is based on the consideration of aggravating and mitigating factors.

“Death qualified jurors view the facts and the evidence differently than do the jurors excluded from serving, differently in a way that favors the prosecution across the board,” she argues.

One study found that, while about 15 percent of whites were excluded from the jury, nearly 25 percent of blacks were.

Another researcher found that the very act of questioning the jury about punishment before the trial may bias the jurors, based on the implied implication of guilt.

Still another study found that death-qualified juries deliberate less thoroughly and possibly less accurately than in juries that better represent the whole population.

Now a group based in Louisiana called I Want to Serve has emerged to “oppose[s] the government’s intrusion on one’s right to express religious beliefs on capital juries.”

According to information from the Death Penalty Information Center, “The group notes that the process of excluding jurors who oppose the death penalty from capital cases — known as death qualification — eliminates a large proportion of the otherwise-qualified jurors.”

Former Supreme Court Justice John Paul Stevens also expressed concerns about death-qualification in his 2008 concurrence in Baze v. Rees: “[T]he process of obtaining a ‘death qualified jury’ is really a procedure that has the purpose and effect of obtaining a jury that is biased in favor of conviction. The prosecutorial concern that death verdicts would rarely be returned by 12 randomly selected jurors should be viewed as objective evidence supporting the conclusion that the penalty is excessive.”

Perhaps it is just the slow time of the year, but the story about the robbery at the Burger King in South Davis caught my attention.

Here is description of the event at 12:05 am on December 29 from the Davis Police Department: “The victim (a 48-year-old Davis male) pulled into the Burger King drive-through to order some food. The victim had three passengers in his car (a 47-year-old female, an 11-year-old female, and a 19-year -ld male). Two male suspects approached the victim’s vehicle. The suspects displayed guns and demanded money. The victim gave the suspects an undisclosed amount of cash out of his wallet. The suspects took the money, and fled from the area in a car that was parked in the parking lot adjacent to the restaurant. The victim and his passengers were not injured.”

The press release goes to report that the suspects were headed westbound on I-80 and then gives an extremely vague description of both suspects and their vehicle.

“They were driving a four door, dark color sport utility vehicle (no further description available at this time). The suspects were described in the following manner:

That should limit it down as they head onto the I-80 westbound.  Good luck catching these guys.  Fortunately, no one was hurt and that is the most important thing.  The moral of this story, do not take your eleven-year-old daughter to a drive-through at midnight, even in Davis.  Or perhaps that’s just me.

Share:
Previous : Commentary: Davis’ Future to Be Decided One by Election, One by Appointment
Next : Pepper Spray Report Delayed: Partial Victory on Friday For Everyone But the Public