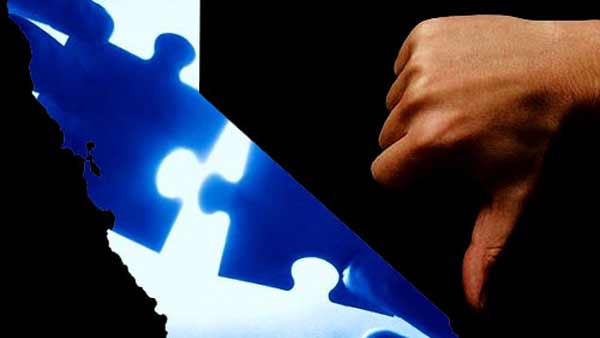 A few years ago, Republicans, believing that legislative districts had been unfairly drawn, joined with the “good government” folks who believe that partisanship is bad to create a citizens redistricting committee to replace what they saw as partisan cronyism.

The problem was that the lines shockingly still gave the Democrats an advantage, in fact, perhaps an even greater advantage than they had previously.

So in response, the Republicans decided that they actually did not want the citizens to draw the lines, they want judges to do so.  And they sued to stop the changes from taking place.

By a 7-0 vote, the state’s Supreme Court, made up almost exclusively of Republican appointees, denied their claim.

Writes Capitol Journal columnist with the Los Angeles Times, George Skelton, “Now that the state Supreme Court has delivered the Republican Party a 7-0 smack-down, California can proceed with a key piece of its ongoing political reform.  That would be electing legislators in districts drawn in public by a bipartisan citizens commission, rather than in secret by politicians for politicians.”

As Mr. Skelton notes, “Republicans had argued for decades that the Legislature – perpetually ruled by Democrats – should be stripped of its corrupting power to draw districts to the majority party’s advantage.”

The Republicans were able to collect more than 711,000 signatures to place that referendum on the ballot which would repeal the Senate lines.  Mr. Skelton reports, “The signatures are still being checked for validity, but the referendum is expected to qualify. Anticipating that, the GOP asked the court to place the new district lines on hold.”

The court refused and called the redistricting process “open, transparent and nonpartisan,” and said the commission’s lines were the “most appropriate” to use in this year’s elections.

The court said if the voters repeal the new lines, then the court would order new maps for 2014.

Writes Mr. Skelton, “There should be a strong message here for the GOP about how out of sync it has been. It’s not like the court can legitimately be accused of a political bias. Six of its seven members were appointed by Republican governors.”

He adds, “Republicans fear that Democrats, running in the new districts, will wind up with a two-thirds majority in the Senate, enough votes to pass tax increases. That’s very possible.”

That is what is really driving this – fear.  But there is a lot of irony in that fear.  Republicans are forever accusing Democrats of using the courts where they have failed electorally.  Now the Republicans are, in essence, attempting to do the same.

The reality is that it does not matter who draws these lines – assuming they are drawn fairly and not gerrymandered by party operatives. The Republicans are not going to get out of their predicament.

George Skelton spanks state Republicans for their folly on this matter: “The California GOP’s problem is not the shape of districts, it’s the size of a shrinking membership. Republicans continue to hemorrhage voters. New registration figures released Tuesday by the secretary of state show the bleeding.”

He continues: “The Republicans’ share of registered voters is down to 30.4%, a fall of roughly three points in the last four years. Democrats are 43.6% of the electorate, up about one point.”

He argues that, while statewide independents represent 21% of the registration, still trailing Republicans overall, in many areas the GOP is becoming a third party, for instance in the Bay Area, where “independents outnumber Republicans in five counties surrounding the Bay, plus a sixth county, Santa Cruz.”

But he quickly adds: “What does that tell us? Californians are voting for Republican positions but not for Republican candidates. That points to ‘Republican’ being a lousy brand name.”

“Certainly the Republican Party has more work to do to communicate that those principles are our principles,” Mr. Del Beccaro continued. “We need to connect those dots.”

While you can make the argument the voters support Republican issues, that is actually limited to measures such as the tax issues.  And even there it’s questionable – after all, the voters, even Republican voter, at least right now overwhelmingly favor the governor’s tax plan that will not gain a single Republican vote in the legislature.

On social issues, the state is increasingly liberal and the Republicans are social conservatives largely out of touch with the majority on the voters.

Mr. Skelton notes: “Republicans need to connect to Latinos. That means they need to stop sounding like they’re berating the state’s fastest-growing voter group when they bellow for anti-illegal immigration votes in party primaries.”

“If the Republican Party had taken all the money it spent on lawsuits and the referendum and put it behind some good candidates, they’d have a better chance of winning seats,” insists a Republican member of the redistricting commission, Vince Barabba of Capitola.

One Republican who defends the party’s action is redistricting expert Tony Quinn. He contends that GOP commissioners were “snookered” by Democrats.

“I’ve been accused of a lot of stuff, but never of being bamboozled,” says Mr. Barabba, a former director of the U.S. Census Bureau who worked in Ronald Reagan’s first gubernatorial campaign.  “I’m embarrassed as a Republican to hear all this whining.”

As Mr. Skelton points out, the Republicans are in denial.  They somehow think that their success in the state has been greater than their representation in the legislature.  However, history does not prove that to be very accurate.

Look to 1996 and move forward.  Since that time, you can count the number of Republicans elected to statewide office on one hand.  Most of the races have not been close.

At some point perhaps the Republicans will stop trying to change the rules and come to grips with why their prospects have slipped in the last eight statewide elections.

Share:
Previous : Open Letter to the Public From Occupier
Next : DTA Prez: We Should Not Ask Teachers to Take Concessions

9 thoughts on “Redistricting: Lesson in Being Careful What You Ask For”