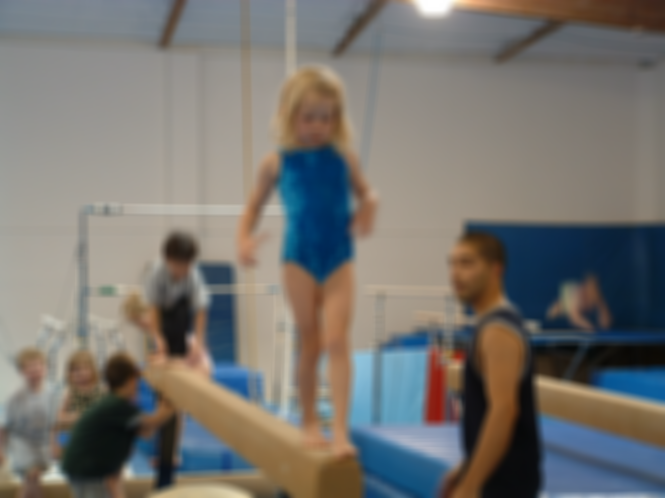 The preamble to the Ralph M. Brown Act reads: “The people of this State do not yield their sovereignty to the agencies which serve them. The people, in delegating authority, do not give their public servants the right to decide what is good for the people to know and what is not good for them to know. The people insist on remaining informed so that they may retain control over the instruments they have created.”

The Brown Act only requires the public noticing of every meeting with a posted agenda at least 72 hours before the meeting and the agenda must contain a brief description of each item of business.

That is unfortunate, because it becomes very difficult to scrutinize an agenda item when the item is not available in advance of the meeting.  And while the letter of the Brown Act has been adhered to in this case, the spirit of the law has been violated.

The item on the Conditional Use Permit of Davis Diamonds is of particular interest to the Vanguard.  Back in January, the council supported, by a 3-2 vote, a motion that would authorize the city staff to develop a conditional use permit that would allow for the construction and move of Davis Diamond Gymnastics to a location at the Davis Auto-Center.

A recent letter to the Davis Enterprise described that decision as “courageous.”  They write, “Some City Council members set their sights on the potential for a car dealership to bring lots of sales tax to the city, and that this would be preferable to allowing another use for the site, regardless of how long it takes for car sales to materialize. The building has been empty for more than six years.”

“Luckily, a majority of the council decided to put their faith in a successful, local business that will bring revenue, jobs and visitors to the city before the end of 2012,” the writer continues.  “This was a courageous decision that is not without controversy. But I believe it was the right decision and the council members who voted to support Davis children and local business owners should be commended for their leadership.”

While the Vanguard initially supported this idea in concept, as facts were revealed, it became clear that the children and families that utilize the Davis Diamond Gymnastics facility were being used in order to line the pockets of several key monied interests.

On Wednesday of last week, the Vanguard asked the Director of the Davis Community Development Department to report on the progress.

Ken Hiatt told the Vanguard at that time: “Drafting findings and conditions for approval for CC meeting next Tuesday.  Concurrently working with applicants to get an alternate location to come within budget.  I will know more by Friday.”

Perhaps Mr. Hiatt knew more on Friday, however, with a three-day weekend, the public has no idea what is going on with regard to this issue.

There is no staff report up at this point, as the agenda still reads, “The staff report for this item is pending and will be delivered to Council/posted to the city’s website prior to the meeting.”

This is no small problem or minor inconvenience.

The public has no idea what the plan is for the conditional use permit.  No one from the public or even the council will be able to scrutinize this item in advance.

If there is a conditional use permit, no one can examine it prior to the meeting, most likely.

If there is an alternative location proposed for the project, the public, which has an interest in the project, will not know in advance.

Making this item worse than others in this respect is the secrecy it was shrouded in, the first time around.

As we mentioned, the Vanguard initially supported the idea of relocating the facility to Mace, believing that it was in the long-term best interest of the city.

However, it became clear that this deal had some very nefarious elements.

The critical question was whether Davis Diamonds exhausted the search for other locations.  That question became complicated by the legal but still unsettling nature of the real estate broker’s double-agent role as both agent for the buyer and seller on the deal.

This deal is all about Xavier Santana.  Mr. Santana was the agent for both the buyer and the seller on this deal.  In the real estate world, such an arrangement is perfectly legal and commonplace.

Councilmember Sue Greenwald put it this way: “I don’t understand why the issue of the real estate broker is relevant, unless there were other sites available and he misinformed the owners of Davis Diamonds concerning the availability and cost of the other sites.”

She added, “I talked with the owners of Davis Diamonds about alternative sites, and they believe that they have explored them and that there are none that are viable.”

The councilmember, I think, essentially raises the critical point.  The question is really whether the broker games the system to his own advantage.

Because Mr. Santana is the agent for the property on the auto mall, he acts as almost a gatekeeper.  So anyone who has a serious interest in purchasing that property really needs to go through him and hire him as an agent.  Now, he does not get paid unless the sale is completed, but you still seem to have a situation where the agent gets to double-dip and control access to the sale of the property.

But the biggest question is to what extent other options were explored by Davis Diamonds, and whether that exploration was precluded because of Mr. Santana’s other interests.

One person involved in real estate in Davis told the Vanguard the week of the decision that it is true that there is nothing illegal or unethical about being an agent for the seller and the buyer, as long as this role is disclosed and the fiduciary responsibility to both clients is fulfilled.

On the other hand, it is a license violation to mislead a public body.  And what this individual and several others that also work in real estate in this town told me is that they were never contacted to inquire about any other listings or to talk about projects that their clients were working on.

These individuals, none of whom wished to put their names on the record, said that there were other brokers with active listings that never heard from Mr. Santana.  Moreover, there are other options that were not listed and a number of alternative solutions that Davis Diamonds could have explored.

That is what the substitute motion of Rochelle Swanson and Joe Krovoza attempted to do last month, because they recognized that, from a fiscal perspective, this is not a good deal for the city.

Mayor Pro Tem Rochelle Swanson said that, while she is a huge supporter of Davis Diamonds and what they bring to this community, she cannot, however, support a conditional use permit “sight unseen.”  She argued that we need to know what we are getting into and we do not approve projects that did not hit design review.

She noted how tight the city budget is by pointing out the need for a public-private partnership to save the community pool.  “What I don’t want to see,” she said, “is out of hand let go of what is not ghost revenue.”  She noted that staff has been talking to some prospective auto dealerships and that there is an offer on the table.

She believed that there was a win-win solution, but that the conditional use permit did not get us there.

“This is about long term fiscal stability and if we have an option to get to a win-win and preserve and increase revenue,” she said, “I want staff to talk about potential partnership with Davis Diamonds.”

“I want to see time for that to be discussed rather than just taking a gamble on this particular situation,” she said.  “We can’t plan by exceptions.”

As a substitute motion, Mayor Pro Tem Swanson put forward a motion to direct the staff to work with the applicant to see if there was a way forward.  The key question was whether the applicant was willing or whether they simply wanted the city to go forward.

The problem is that Mr. Santana had a vested interest in one property and in making this deal.  And so, after the applicants’ caucus, the city was basically told to move forward.

I will be frank here,” Mayor Krovoza argued, “I don’t think that this issue has played itself out to the degree that it should in this community…  I don’t think it has had a chance to do that because the best financial opportunity for Davis Diamonds is this deal that they have before them.”

He argued that so long as this deal is before Davis Diamonds, that blocks us from getting to a better solution for the community, which is a more central facility.

The mayor then made a crucial fundamental point, which is that the zoning of this land is actually what makes it affordable.

“There is a real fairness issue here, and that is that the reason that this land is affordable is because it’s zoned the way it’s zoned,” he said.  “If we took this zoning off of this land, there would be many other people that would love to put a commercial office space down there because now cheap land would be available.”

It is within this backdrop of dispute that it was really important for the city to come out and be up front on any deal that comes forward, so that the council and the public could really look at and scrutinize this decision.

Had we know of the double dealing of Xavier Santana in advance, we would have been reluctant to support a conditional use permit for Davis Diamonds.

Now we are completely in the dark as to what the city has planned, and that is an unsettling feeling.

It is difficult to watch what a government agency is doing when they hide the ball – probably completely unintentionally – until the last second.

The Brown Act is supposed to prevent this type of legislating by ambush, and yet here we are, in a situation where twelve hours before the start of the council meeting, no one has any idea what the plan is.

Of all the things that must change in this city, this is a huge one.  The council and the public need to have much more notice about the content of an agenda item than they often get.