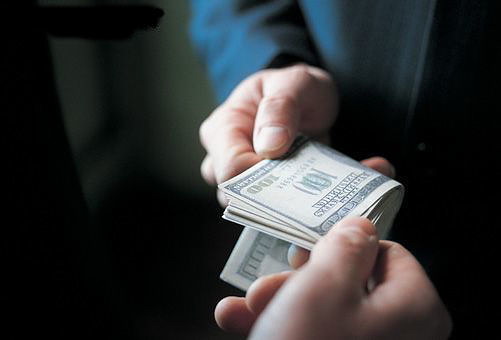 The Vanguard has learned that the Davis Democratic Club is being fined for multiple election law reporting and filing violations, from a period that began in 2007 and ended in 2010.

According to the California Fair Political Practices Commission (FPPC) website, the Davis Democratic Club stipulated to four counts of violating state election laws.  While the initial fines faced by the club as the result of the FPPC’s findings were far greater, they eventually negotiated the settlement down to 9,500 dollars.  The settlement has been placed on the FPPC agenda for the Commission to review and approve at their March 15, 2012 meeting.

In response to an inquiry from the Vanguard prior to a club election in which the leadership of the organization ran unopposed, President Arun Sen emailed the Vanguard.

Mr. Sen, speaking on behalf of the club, told the Vanguard, “Over the past year the Davis Democratic Club received requests from the FPPC and we gave them everything that was requested.”

The statement continued, “It was not until December 2011 that we learned of any allegations and potential fines. The allegations and fines were a result of errors regarding our financial filings over the past five years. Since that time, Betty Weir, Richard Yamagata, Carl Schmid and myself have been working with the FPPC to negotiate a settlement.”

He continued, “We entered into a closed session meeting on February 7 so that the full Board could be informed and discussed these negotiations and vote on how to proceed. Once a ruling has been hopefully issued on March 15 we will release a full and detailed account of the allegation, stipulations and fines negotiation process to our membership. At no time was it our intention to keep any club member in the dark on what was happening.”

The Vanguard learned of this matter from Mark Pruner of the Yolo County Republican Party, who filed the complaint with the FPPC.  Mr. Pruner also filed complaints against the Club with the Federal Elections Commission (FEC) for reporting and spending violations.

Simultaneously, Mr. Pruner had filed complaints against the Yolo County Democratic Central Committee (YCDCC) and their Treasurers Bob Bockwinkel and Bill Julian, with both the FPPC and the FEC for violating both state and federal election codes. On behalf of the YCDCC, Treasurers Bob Bockwinkel and Bill Julian negotiated the stipulations and fines from both agencies against the Central Committee

“I am glad that all four complaints against the Yolo County Democratic Central Committee (YCDCC) and the Davis Democratic Club have now resolved,” Mr. Pruner told the Vanguard in an emailed statement.

“Both groups and their treasurers have admitted to numerous violations of both federal and state statutes,” he said.  “As a lead plaintiff before the United States Supreme Court attempting to overturn the political money disclosure laws it violated, the YCDCC is one of the most sophisticated county political entities in the state.”

He added, “The YCDCC knew the laws requiring disclosure of political money received and spent.  It hurts the democratic process when political organizations make the choice to operate in the dark.  The playing field is now level, as it should have been all along.”

The Vanguard understands that the original amount of the FPPC penalty against the Davis Democratic Club was $45,000.00 but was negotiated down to $9,500.00 (at the time, the entire balance of the club’s treasury), with several of the club’s officers stipulating to the violations.

Beginning in December 2011 and through January 2012 the $9,500.00 fine, stipulations and settlement with the FPPC were secretly negotiated and agreed to by a few officers of the club.

They did this without informing the club’s full board that the club was facing any FPPC problems, let alone serious charges and fines.

They then revealed in February, for the first time, the charges and asked for approval of the settlement by the full board in a closed session that would likely be illegal under the Brown Act (California’s Open Disclosure Law) if it were to apply to a club in the same manner, as the act does to any political party’s county central committee in California, since the item was not properly noticed nor reported to the full board or the general club membership prior to the vote.

The efforts to keep the full board and the general membership in the dark and downplay the severity of the findings and the fines is alarming.

Elizabeth Weir is the listed treasurer, but she is 97 years of age at this present date and therefore the club officers, including President Arun Sen, Vice President Mike Syvanen, Secretary Richard Yamagata, Membership Chair Carl Schmid, board member & former President Bob Bockwinkel and ex-officio board member Bill Julian (who is an attorney and election law specialist) bear primary responsibility for committing the reporting errors, stipulating to those errors and negotiating the fines for settlement of the case.

Again, both Mr. Bockwinkel and Mr. Julian were named defendants in the FEC and FPPC actions against the YCDCC.

The FPPC website reports: “Respondents Davis Democratic Club, a county general purpose committee, and Respondent Elizabeth R. Weir, Treasurer failed to file a first preelection campaign statement for the reporting period July 1, 2008, through September 30, 2008, due October 6, 2008, and a second preelection campaign statement for the reporting period October 1, 2008, through October 18, 2008, by the October 23, 2008 due date, in violation of Government Code Sections 84200.5, subdivision (d), and 84200.7 (1 count).”

The club  also “both understated and overstated the balance of cash on the semiannual reporting periods for calendar years 2007, 2008 and 2009, on the semiannual campaign statement for the reporting period ending June 30, 2010, by up to approximately $11,449 (understated) and $9,495 (overstated), in violation of Government Code Section 84211, subdivision (e) (1 count)”

Furthermore, they “failed to disclose information regarding contributions received and expenditures made of $100 or more on the semiannual reporting periods for calendar years 2007, 2008 and 2009 and 2010, in violation of Government Code Section 84211, subdivisions (a), (b), (f), and (k) (1 count).”

To settle the FEC matter Bill Julian, representing the Davis Democratic Club in January 2010, stipulated to violations of the election code for independent expenditures and agreed that the Club would designate a compliance specialist to evaluate all future campaign related activities for compliance with state law and the FECA.  No fine was assessed against the Club in this matter.

The Vanguard understands that the original FPPC penalty against the YCDCC was $27,500.00 but was negotiated down to $13,500.00, with the YCDCC’s executive board agreeing to the stipulations and fines in January 2011.  To settle the FEC matter, the YCDCC’s executive board agreed to the stipulations and a fine of $1,500.00 in January 2010.  Both settlements were not brought to the full membership of the YCDCC, but instead revealed as a fait accompli.