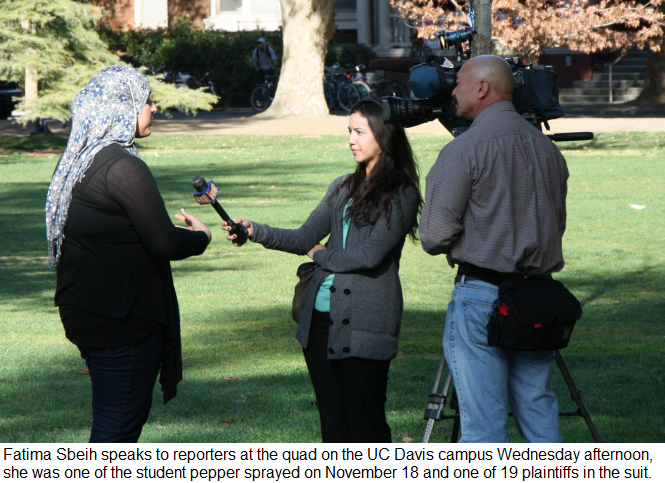 The long-awaited report on the infamous incident of UC Davis police pepper-spraying non-violent, seated student protesters has been released. It concludes what we all know from watching the shocking videos: “The pepperspraying incident that took place on November 18, 2011 should and could have been prevented.” That’s the opening to the report, which outlines the various ways that Chancellor Katehi, other Administration officials, and the UC Davis Police Department completely mismanaged the situation at every level.

The ACLU of Northern California notes the following significant findings in the report:

Taken as a whole, the report also makes clear that:

The University acted based on fear and assumptions about the Occupy movement, not on evidence or the law. The University’s response to the demonstration reflects a fundamental lack of respect for the right to protest.

While we are pleased with the light that the University has shed on this matter through this report, it left some key stones unturned (for example, the role of the UC Office of the President in protecting – or failing to protect — the rights of non-violent protesters).  The ACLU of Northern California is representing students and alumni in a lawsuit against UC Davis and individual police officers, over a series of constitutional violations against the demonstrators on November 18, and we hope to obtain more answers over the course of this litigation.

When the cost of speech is a shot of blinding, burning pepper spray in the face, speech is not free.

Share:
Previous : Commentary: Actions by Trustees, Inactions by Sacramento Fuel Outrage of Students
Next : What is UC Davis Trying to Hide?