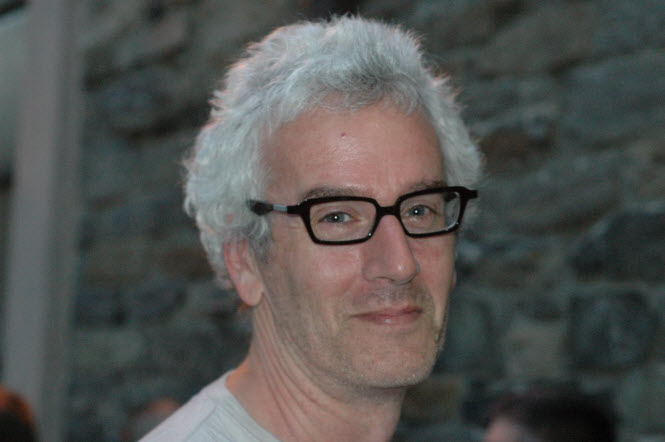 Few areas have been more controversial than the role played by UC Davis professors in the protests, both leading up to November 18 and following it.

In the Kroll report, many have focused on the line: “Professor Joshua Clover spoke to the group, warning them about cooperating with the administration, urging them to take matters into their own hands and stating, ‘Right now, we’re the law.’ ”  Fewer have noted, “The activists ‘went back and forth’ about what to do next. At approximately 4:45 p.m., the activists used consensus-style decision-making to reach the decision to continue to occupy Mrak Hall after it closed at 5:00 p.m. and to ‘use bike locks and chains to lock the building doors open.’ “

The former suggests, perhaps, that Professor Clover led the group, but the latter suggests a more accurate depiction – Professor Clover was one voice among many. The protesters debated, discussed, and then adopted decisions based on a consensus-style model.

The Vanguard has attempted to interview Professor Clover, however, he declined, citing his pending legal charges for his role in the bank protests.

In the meantime, he does clarify some of the movement’s positions in an article published in the journal College Literature: A Journal of Critical Literary Studies.

As he notes, “The images of one corpulent and distressingly nonchalant officer disbursing military-grade pepper spray to the faces of a couple dozen seated students would swiftly become one of the iconic images of the year, not just for the campus or the university but globally.”

Professor Clover seems concerned about the “increasingly militarized form” of the police presence and the campus’ moving “toward the heavy hand bearing advanced weaponry.”

Professor Clover, however, writes, “I want to argue as directly as possible that grasping this new security regime as primarily pertinent to campus intellectual climate is misguided. While this line of inquiry is no trivial matter, it confuses and obscures core issues.”

He argues, “The first is the assumption that we can identify in each case a two-part sequence of cause and effect, in which students protest and police overreact disastrously. The second (with evident implications for the question of academic freedom tout court), is that this to-and-fro is to be conceived exclusively as a freedom of speech issue.”

He notes, “In this understanding, students first protest, as students are wont to do. The question arises as to the limits of protest, and to what extent certain actions – in this case, politicized camping – count as protected speech.”

“‘Time, place, and manner’ provisions are invoked; the police are summoned, heavy with tools. Orders to disperse are given, no dispersal is forthcoming, and then the intolerable thing happens, and everyone scrambles to understand and manage the aftermath.”

He does not doubt that these sorts of responses, which he calls “overreactions,” are calculated to produce a chilling effect on the students’ struggle.

“As with the endless nuisance charges levied against student (and other) organizers, they are designed to exhaust resources, both inner and material. And further, there can be no doubt that this chilling effect spills over to the entire campus,” he adds.

However, for reasons he lays out later, he believes this struggle moves well beyond the issue of First Amendment Rights.  Indeed, he notes that the chancellor has conceded that the police “may indeed have curtailed what really should be protected rights of speech and assembly.”

He argues, “The fantasy at play here is that what has gone wrong somehow concerns the excessive assertion of First Amendment rights by students, or conversely, the excessive limiting of same by the administration. The logical remedy is inevitably discovered to be a rebalancing of these matters, extending adequate protections to ‘protest’ and ‘expression’ as abstract ends in and of themselves.”

Indeed, these are the arguments that seem repeated on these pages ad nauseum.  The question is what is protected speech and at what point do the rights to that speech violate the rights of others.

This is, of course, the focus of the lengthy UC Campus report, “Response to Protests on UC Campuses.”

The report reviews best practices, informing the universities how best to respond to future demonstration.

In the UC report on the “Response to Protests on UC Campuses,” they tellingly write: “Civil disobedience by definition involves violating laws or regulations, and that civil disobedience will generally have consequences for those engaging in it because of the impact it can have on the rest of the campus community.”

Moreover, “The First Amendment does not guarantee any right to engage in civil disobedience – which, by its very definition, involves the violation of laws or regulations to communicate a political message – without incurring consequences.”

In fact, civil disobedience may require that the protester accepts the possibility of being arrested “as a sacrifice to the political cause in question.”

What Professor Clover, however, argues is that the base issue here is “radically different.”

He argues, “The initiating acts were not student protests but university policies designed to assure that the costs of running an educational system increasingly devolve to students, who are at once ever more compelled to pursue higher education for competitive advantage in a forbidding employment landscape, and concomitantly less able to afford the same without increased debt and workloads.”

Indeed, he argues that this misrecognition is further compounded by conflating Occupy Wall Street with what has happened on college campuses.

Professor Clover argues, “As the Occupy movement has not made a significant issue of education, and as students (especially at purportedly elite or top-tier universities) are often thought to be cushioned at least temporarily from the buffets of the economy (especially the employment market), the inference is frequently drawn that the campus variants of Occupy are lacking real content of their own, and are thus reducible to protest for the sake of protest.”

For Professor Clover, the Occupy movement was inspired by the Arab Spring and similar movements in Europe. Moreover, he notes it “has its local roots in recent US campus organizing, specifically the anti-privatization campaigns of 2009-2010 on UC campuses.”

“The shock over recent events at Berkeley and Davis this November must be taken with a grain of salt. After all, only two Novembers before, both Chancellors called riot police from multiple jurisdictions onto the same campuses to break up anti-privatization occupations,” he writes.  “Both times, the police attacked non-violent protestors, and lawsuits are still pending.”

Situating the movement in this way, he argues, “we are looking at a clearly defined confrontation that has been in progress for some time, on the concrete terrain of economic crisis – not a timeless confrontation between academic freedom and policing, on the abstract terrain of rights.”

Professor Clover continues, “One suspects there will be some payouts to injured students, and that a cop or two will be pastured. And the matter will be tentatively resolved, despite the economic content remaining entirely unaddressed; thus, the administration wins by ‘losing.’ “

The professor strangely ends up in the middle of what he calls “the articulation trap,” in that “especially the professor’s, that she is not identified clearly with either side of the current struggle between the economic interests of students and administrators; at the same time, her job’s basic supposition (especially in the humanities) is that position-taking is itself an action.”

He adds, “I fear we professors are quite often guilty of looking for our car-keys under the streetlight – that is, participating in this particular antagonism in the ways we are best equipped for, rather than in the ways that the conditions and goals demand.”

Professor Clover returns to campus militarization, noting that “UCSC professor Bob Meister provides an extraordinarily useful account of the relation between campus securitization and securitization of university economies, as they have recently developed.”

William Bratton and Kroll, who investigated the pepper spraying, reveal for some “the link between the privatization of public universities, the financial services industry and the national security industry.”

This seems to be the core point: “Heightened campus security is inextricably linked to heightened campus securitization in its two main forms: the decision of universities to pursue a certain line of investment strategies which move money away from educational services and into capital projects; and the corresponding decision to cover those educational costs by shifting burdens to students at a rate which can only be financed though student loans, concomitantly providing profitable investment for banks laden with otherwise fallow capital.”

He sees that the rise in tuition and indebtedness is simply the militarization of campus.  “They are one and the same,” he said.

He adds, “Even if one does adhere to the belief that the matters of intellectual freedom, free speech, and free assembly are fundamental to this unfolding political economic sequence, the place where such things will be arbitrated is not on their own terrain – the terrain of formal rights – but elsewhere.”

He believes believe the arena where such rights would be protected is “the arena of direct antagonism between, on the one side, those fighting against backdoor privatization and austerity programs on campus, and on the other, those who implement and enforce them.”

Professor Clover concludes, “Stand with your students, literally. It is the best thing to be done for academic freedom; it is the least you can do for them.”

Share:
Previous : Should the Councilmembers Get Increased Compensation?
Next : Davis Police Describe Tasering of Two Individuals They Say Were Resisting Police Officers