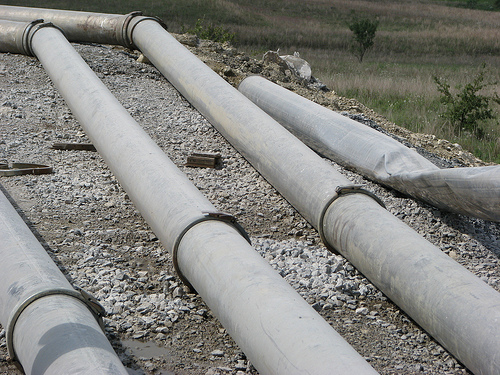 Last week, the California Public Utilities Commission (CPUC) agreed to investigate complaints filed by residents of Stonegate in Davis regarding a large number of gas leaks in west Davis from distribution lines operated by PG&E.

PG&E recently reported that 88 gas leaks have occurred in the distribution lines in the Stonegate subdivision since 2006, up from the 42 leaks reported in November 2011. Because of the severity of the problem, PG&E is conducting twice-monthly gas leak detection surveys in Stonegate.

“We are pleased that the P.U.C. immediately understood the gravity of the situation in west Davis. We are experiencing new gas leaks almost every month and public safety is clearly at risk. We are pleased that independent experts will analyze the safety of the distribution lines in west Davis and provide guidance for future action,” said David Johnson, a member of the Stonegate Citizens Safety Committee.

Back in April, David Johnson and other members of the Stonegate Homeowners Association had asked the utility to host a town hall meeting to discuss the situation and answer questions about the large number of leaks.

PG&E declined the request with a spokesperson at that time, claiming that one-on-one communication with customers was the better approach.  However, Mr. Johnson is concerned that key questions have gone unanswered.

“Although gas leaks have occurred throughout the Stonegate subdivision, PG&E has replaced only about 8 percent of the 4.7 miles of gas lines in Stonegate,” he wrote in a news release in April. “Residents would like to know why other segments of the gas distribution lines, which appear to be at risk, are not being replaced.”

In the meantime, a memo surfaced last week in which PG&E corporate wrote to managers prior to the San Bruno explosion that “downgrading more than 2,300 natural-gas leaks – and potentially not fixing them – would save the company nearly $5 million, according to an internal document obtained by The San Francisco Chronicle.”

On July 17, 2012, the Chronicle reported, “A March 2008 summary of potentially serious leaks in PG&E’s distribution system in Northern and Central California, part of a leak database for engineers and managers of the company’s regional divisions, detailed how costs could be avoided by downgrading leaks to a level where they only had to be monitored.”

“PG&E classifies pipeline leaks in three categories, with Grade 1 being the most serious and requiring immediate action, and Grade 3 needing only monitoring to ensure a problem does not worsen. The leaks dealt with in the monthly accounting were Grade 2 and Grade 2-plus, which are supposed to be repaired within three to 18 months, depending on their severity,” the paper wrote.

But the document from 2008 shows that PG&E downgraded those leaks from Grade 1 to Grade 2, hoping to save $4.9 million in repair costs.

The paper continues, “Nowhere does the document actually instruct managers to reclassify leaks, but it refers to the 2,304 total under the heading of ‘excessive leaks scheduled for repair.’ “

In light of that information, the Vanguard asked City Manager Pinkerton for information regarding the city’s position on the leaks and the extent to which the city has independently investigated and verified PG&E’s claims.

Newly-hired Fire Chief Scott Kenley informed the Vanguard last week that he would be meeting with PG&E on Friday.

He added, “After that meeting, I will be contacting you with the City’s verification and oversight process going forward for addressing issues with respect PG&E leak identification and repair process.”

At the same time, it is important to note that Davis is not dealing with the same kinds of gas pipelines as San Bruno.

Last fall, then-interim Chief Bill Weisberger explained, “I know everyone is thinking the San Bruno transmission line, but these are actually the smaller, what they call distribution lines, they’re probably two-three inches in diameter.”

“Even those do present a problem if they start to leak,” the Chief said.  “But typically it’s a less severe risk -you aren’t as likely to see an explosion.”

Nevertheless, the lack of communication by PG&E is concerning.

“This is a public safety issue, not a public relations issue,” said David Johnson told the Vanguard last November. “We need to notify homeowners where known trouble spots are located. If there is a cluster of historical gas leaks in a certain area, residents need to be notified as soon as possible.”

“PG&E had information that there were a substantial number of gas leaks clustered in west Davis, yet they kept this information secret from city officials and residents, until it was released yesterday.  I find it unconscionable that PG&E did not act to notify Davis residents and develop a plan to replace the defective pipe,” he said.

Given PG&E’s lack of clarity on the extent and risk of the leaks, and the newly-discovered San Bruno memos, the Vanguard wants the city of Davis to do its own independent assessment of the situation as they have the primary responsibility for a public risk.

Share:
Previous : Is the FBI Spying On Occupy UC Davis Students?
Next : My View: Is It the Party Conventions or TV Networks That Are Irrelevant?