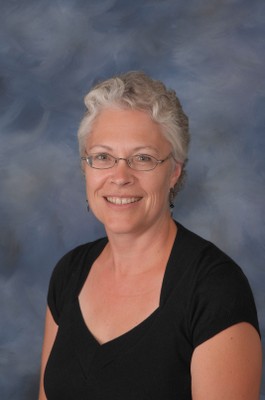 Last week, Susan Lovenburg announced that she would run for a second term for the Davis Joint Unified School Board.  Her decision followed Richard Harris’ announcement that he would not run and instead planned to support a parcel tax.  Nancy Peterson has announced she will run for school board as well.

The Vanguard caught up with Ms. Lovenburg this weekend. Despite a tumultuous five years on the board, extended by a year due to budget considerations, Ms. Lovenburg told the Vanguard her decision reflected her commitment to education and this district.

“It’s really because my commitment to education has not changed and I think that public education is even more at risk now than it was when I first ran five years ago,” she said.  “While in some ways it would feel easier to step out of this and let someone else carry the ball, I also feel like this district has invested a lot in my education and I’ve invested a lot of time as well.”

“I feel like it’s a benefit to the students to continue,” she said.

A big focus of this election will undoubtedly be the parcel tax, which will be on the same ballot as the school board election.

Last Thursday, Susan Lovenburg joined her colleagues to put the parcel tax on the ballot at the $446 level should the state trigger cuts not pass.  At this point, Nancy Peterson, the other known candidate for school board, has declined to take a position on it.

“We have known for some time that Measure A was going to sunset,” she said.  “It was our preference not to renew that tax.  We’ve gone to the community four times in the last five years and every time they’ve responded affirmatively.”

“Should the trigger cuts be pulled, the district will in all likelihood be in a qualified state which is the first step towards state takeover,” she said.  “It was just that the reality of our situation became very clear.”

“The district does have an election schedule for November anyway, because the board seats are up,” she continued, noting that the election has already been paid for.

The timing is right, and she said that if we can get a parcel tax passed in November, we can have a solid budget for 2013-14 and not have to put more people on notice for layoffs.

“It was all of those things that kind of came together for us to realize that,” Ms. Lovenburg summarized.  “And Richard [Harris] really stepping up with a really bold proposal – probably a little too bold, we scaled him back a bit.  I now think we’re in the realm of the possible.  But it’s going to be a heavy lift.”

(Ms. Lovenburg clarified something that was unclear from a week ago.  The first step, if the district is in the negative, is that the county brings in a financial advisor assigned by the county and paid for by the district.  The state is the one that ends up taking over the district if things continue down that path).

Measure A was billed as an emergency measure at the time.  But for Susan Lovenburg the emergency continues.

“If you look back at the discussion at the time, there were a number of us who went on record to say that two years was probably not going to be the duration of the emergency,” she responded.  “The reason ultimately I support two years is because it allowed us to go back to the voters and say ‘let’s evaluate the situation now, today’ – and I think that if people do that – they’ll realize it hasn’t gotten better.  In fact, it’s gotten worse.”

“I’m very hopeful that this measure will pass but I’m also understanding that it’s going to be hard for a lot of people,” Ms. Lovenburg said.  “You just need to put it before the voters and see if they say yes or no and you make the best possible case when you do it.”

“Six years was too long,” she said in response to why they pared down the original proposal from six to four years.  “I’m hopeful the emergency will be over before six years.”

She did say, “I think it’s going to be a long, slow climb out of where we are.”

She added, “Setting it at four years was deliberate to have it sunset with Measure C.  So at that point we have it all on the table and we can assess what the community needs.”

“In all honesty, I think that six years is outside of the comfort zone of Davis voters, particularly for a measure of this size and one that really is an emergency measure,” she added.  “Six years is a long time to say we’re having an emergency.”

“I’m comfortable where we came out, I think two would have been too short again,” she said.

One of the key questions that voters will have to evaluate both in terms of the school board election and also the parcel tax election is what this district looks like should Measure A not be renewed and the trigger cuts are pulled as the result of the governor’s tax measure possibly losing in November.

The district would be faced with making $7.5 million in cuts on top of what they have already cut.

Susan Lovenburg said the board discussed some of this and it would mean 30 to 65 FTE reduction on top of this year’s 50 positions that were laid off.

“As Winfred said during the meeting, those aren’t cuts that you can make and keep the doors open,” she said.  “So it would involve negotiating concessions to shorten the school year, it would likely involve looking at whether we can consolidate schools, because we’ve really been able to hold that conversation steady – the question of school closure.”

Susan Lovenburg said that school closure would have to come up during the next talks of budget cuts, but argued, “It’s not desirable because it would lock in higher class sizes that we’re having to create and I really hope that those are temporary.  I want to leave the capacity for us to go backwards to lowering class sizes.”

The cuts would mean at least 2 to 3 more students per class in grades four to twelve.  The district is trying to avoid raising class size further at the lower grades where there is a strong research to show the need for smaller class sizes.

The conservation shifted to the district’s persistent problems with the achievement gap.  Unlike some, Susan Lovenburg said she is a big believer in assessment and API (Academic Performance Index) .

“API, the world of school accountability, I know a lot of people have very negative reactions to that,” she said.  “There’s a lot of things about assessment that we could improve.”

For instance she said, “We measure to narrow a range of student skills in math and English.  There’s a whole lot more holistic measures that should be included in student assessment.”

“So it could be improved, but the value of it is that it really shines the light on where we’re successful with some students and not successful with others,” she said.  That allows the district the tools to target their interventions to the students that really need it.

“What’s harder is figuring out exactly what’s going to help,” she added.

Overall she feels that during her time on the board, they have made progress in some areas and some ways, while sliding back in other areas.

One area of success is at the high school where the scores from the summer of 2011 show good progress.  She thinks the work with the academic center with tutoring and peer to peer work has made a huge difference there.

Teachers in the classroom are also able to access the data to see where things are working and where things still need improvement.  That enables them to target their efforts as well.

“So we’re making progress there, but, for example, the situation at Montgomery, it’s not nearly as much progress as we would like it to be as quickly as we would like to make it,” she said.  “We’ve had a number of interventions there this year and we’ll see how successful they work.”

Ms. Lovenburg pointed out that this has been a difficult problem to solve across the country, but she added, “I feel like if we can solve it anywhere, it should be in Davis.”

The problem at Montgomery has at times been a flash point and Ms. Lovenburg does not see a single solution there.

She noted a number of new resources being brought in to help with the situation and she wants to see how successful they have been.

“I do personally like the idea of dual immersion as a school-wide theme,” she said.  “We do have the Spanish immersion there right now.”  She believes that the students in that program should be able to age out at that site and continue to receive the program.  “But behind that, I would rather see us bring this dual immersion program as a school-wide thing.  So you would have the Spanish speaking kids and the English speaking kids in the same classroom school-wide.”

That would avoid the problem of the magnet school and make it a school-wide program.

She does want to see more research on the success of such a model and has some concerns over the personnel and training aspects.

Moreover, she said, “Absolutely the community has to buy into it.  It’s not something that can be imposed on them.  And right now they’re not too friendly to the idea.”

The Vanguard has now been around long enough that when Susan Lovenburg first ran in 2007, we have an interview with her from August 28, 2007.  You can see both how her thinking has changed, the similarities, and the issues we were dealing with five years ago.

Share:
Previous : Sunday Commentary: UC Davis Lawsuit Blames Everyone For Bank Fiasco But Themselves
Next : Your Vanguard . . .

11 thoughts on “Lovenburg Talks About Her Re-Election, the District Budget and the New November Parcel Tax”