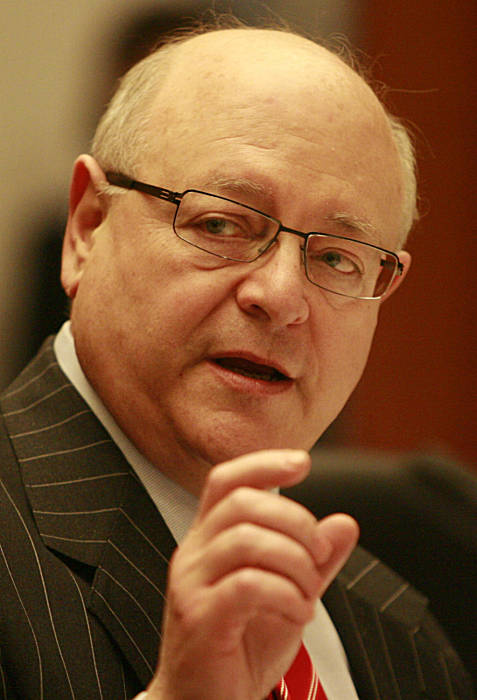 The UC Board of Regents has agendized an item at next week’s meeting that would put into place provisions that would raise student tuition and fees by 20.3 percent effective January 1, 2013 should the governor’s November tax measure not pass and the trigger cuts be implemented, with 250 million to be cut from the budget of the University of California.

The budget package adopted by the governor and the legislature includes a provision calling for UC to receive another $125.4 million in 2013-14 if the governor’s revenue-raising initiative on the November ballot is approved by the voters AND if the University does not increase its tuition and fees for 2012-13.

“It is clear the Governor and the Legislature have an interest in curbing the rapid rise in tuition and fees experienced by students and their parents during this fiscal crisis,” staff report to the agenda item says. “While these tuition and fee increases have been regrettable, they have been necessary in order to address a little more than one-third of the University’s budget gap since this most recent fiscal crisis started in 2008-09.”

The downside of the budget is the mandatory trigger cuts, however.

“In the event that the Governor’s revenue-raising initiative on the November ballot is not approved by the voters, the University will lose the $125.4 million tuition increase buyout funding and will be slated to receive an additional $250 million cut,” says the staff report to the agenda item.

“Until now, the combined effects of the State’s ongoing structural deficit and the ‘great recession’ have crippled California’s ability to address pressing financial needs of the State, including those of the University of California,” the staff report says.

“This framework, if supported by the Legislature, holds the promise of financial stability and secures the University’s ability to plan for the future as opposed to reacting to continuous cuts of State support,” they write.  “However, stable and consistent State funding for UC cannot be achieved without a stable fiscal situation for the State. The Governor has indicated that a multi-year funding framework is contingent on the passage of his November ballot initiative.”

In short, if the tax plan passes, UC and CSU will have the funding to continue without substantial fee increases for the next several years.  If not, we are looking at a catastrophic event.

“The stakes are pretty clear,” UC spokesperson Steve Montiel said Tuesday. “If the initiative doesn’t pass, it would be a tough situation for the university and ultimately for the students.”

Claudia Magana, president of the University of California Students Association, believes that this should motivate students to support the governor’s tax initiative.

UC Regent support for the tax initiative is written into the same resolution that would lock in the fee increases should it fail.

“The students association plans to ramp up efforts to register students to vote this fall,” Ms. Magana said, as reported by the Associated Press.

“We want to educate students on what this vote means,” she said. “We’ll be doing everything in our power to make sure that it does pass.”

One of the big questions will be the impact on this community if the tax measure fails.

DJUSD stands to lose $7.5 million if the tax measure fails, which would be picked up by local taxpayers if the parcel tax measure on the ballot passes.  But if both measures fail – a real possibility – DJUSD stands to have to make additional cuts to personnel.

Board President Susan Lovenburg told the Vanguard that it is unlikely the district would be able to function with another 60 teachers laid off and so the more likely scenario is the loss of 15 instructional days.

Meanwhile, UC students have already absorbed a number of tuition increases in the last few years.  Last fall, students at UC Berkeley ended up rioting in protest, and UC Davis students occupying their Quad ended up being pepper sprayed and arrested.

The San Francisco Chronicle reports that recent studies have shown a decrease in middle-class students at UC.  This is the group of students who do not qualify for financial aid and have been hardest hit by the soaring cost of education.

A report found that, while California’s middle class population has declined with the state’s economic recession, the decline throughout the university system has happened at a level almost twice the state’s declining rate.

The impact of these cuts will be enormous and not just to the student population, but to the community as a whole.

Share:
Previous : Save the Date – Vanguard Dinner and Awards Ceremony – July 26
Next : How Vulnerable is California to Climate Change?