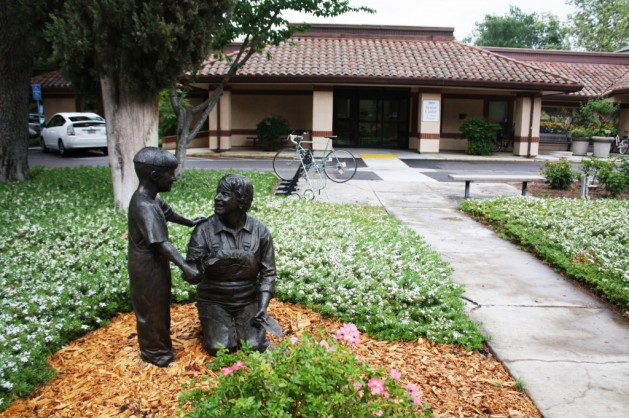 About  60 interested seniors were in attendance at the Aug. 28, 2012 scheduled Senior Citizens of Davis (SCD) Board meeting, ready to weigh in on agenda items.   They gathered in the previously arranged for MPR East at the Davis Senior Center, which seats well over a hundred people.  On the agenda were the following items:

As SCD members patiently waited for the Board meeting to begin, there was an announcement that the SCD Board was refusing to hold the meeting in the MPR.  The Board President insisted the meeting was to be held in the small library, which seats about 6.  In consequence, the confused and infuriated audience began transferring to the library, until it was packed with about 25 people.  The rest of the SCD members spilled out and down the hallway.  City staff called the Fire Marshall.  An SCD member called the Davis Enterprise.

The Board President then asked for the names of Board members present.  When I said I was representing Board member Betty Iams as her attorney, that she could not be in attendance for health reasons, he refused to acknowledge me.  He then declared there was no quorum, so no meeting could be held, even though the bylaws clearly state a quorum of the Board is a majority of whoever is present.

It was noted by SCD members that business could still be conducted even if a quorum was not present, just  that no action could be taken.  The Board President insisted the three Board members present (excluding Betty Iams as represented by her attorney) be allowed to meet in private to discuss the situation.  The irritated seniors filed out of the room and hallway back into the MPR, to await the Board’s decision.

However, SCD members were so fed up with what was going on, they quickly put together a written petition to the Board to call for a Special meeting on Oct. 11, 2012, to:

As they were in the process of doing this, the Board President returned, overhearing the discussion of Board removal.  He indicated he had called an attorney representing the Board, and was awaiting clarification.  At some point he left, then returned, saying he would take 10 SCD member representatives to listen to the Board meeting in the library.  However, the seniors were vehemently opposed to any such limitations, and he again left the room.

After a while, as the petition for removal of the Board was circulating, a heated discussion of issues ensued – not the least of which was an inquiry into who would be paying for this attorney the Board had supposedly hired.  Any expenditures over $500 must be approved by SCD members.  Shortly thereafter,   the Board President returned to say the meeting was cancelled.  He also said something about addressing the Aug. 14, 2012 written request to convene a Special Meeting within the next 30 to 90 days.

26 thoughts on “Late Breaking Update: SCD Board arbitrarily cancels Board meeting in front of angry crowd”