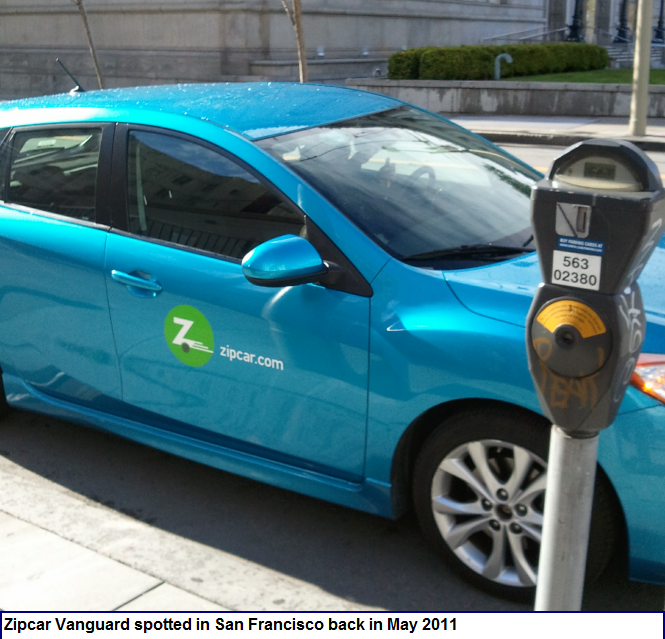 It did not take long for a certain columnist to begin gloating over the demise of Zipcar.  Certainly it is somewhat understandable that not everyone would support the concept of car-sharing, but at the same time, there seem to be some critical elements that even several years later have been missed in the whole deal.

The city deserves criticism for being sloppy with the contract that they approved.  I would add that the council rushed through an entire agenda and failed to scrutinize it sufficiently.

Nevertheless, I find the reaction by Bob Dunning a bit odd, even though it is clearly embedded within tongue-in-cheek sarcasm.

He writes, “Zipcar advocates are stunned that the city of Davis was not consulted before Avis did the dirty deed,” however more importantly he quotes “Ted” who wrote: “I will enjoy seeing how the City Council reacts to this news… I wonder if the final destination of the rental dollars will be perceived as more or less progressive? How will this move enhance or diminish our sense of Davisness?”

But, dripping with sarcasm or not, the observation misses a fundamental point – Zipcars worked in Davis.  They turned a profit.  They turned enough of a profit that the city not only did not have to pay for the service as the initial contract called for, but Zipcar itself started paying the city for the use of its parking spaces.

I would argue that is precisely the job of the council – to find services that work for its citizenry.  Enough people made use of the Zipcar services to make it worthwhile.  It is not the fault of Davis’ City Council that Zipcar could not make the model work elsewhere.

Mr. Dunning continues: “Let’s just say we’ve been ‘had’ from the get-go on this one, my friend … adds Ted: ‘Glad our city budget financed subsidy helped to make this M&A deal possible.’ “

Really, the city’s initial year subsidy that was ultimately waived, enabled a $500 million deal?  In fact, there were numerous communities who made the same deal, which enabled the initial IPO for Zipcar to be worth over $1 billion.  Davis is no doubt a small drop in the bucket compared to San Francisco’s contract, and that of Berkeley, Santa Cruz and many other college towns.

The problem is that the model did not work outside of the narrow base.

Mr. Dunning, in providing background, prevaricates by writing: “A little background is in order here for those who may have moved to town since the great Zipcar fiasco hit our beloved town … you see, … the city of Davis gave away the store to Massachusetts-based Zipcar a few years back – basically guaranteeing the rent-a-car company a profit, no matter what.”

That’s not exactly true, either.  What the city did was reduce the risk for Zipcar to come to Davis.  Zipcar provided a service that was quite unique from car rental companies.  But Davis did not guarantee Zipcar a profit.  Far from it.  Zipcar made a profit off of Davis’ clientele, which enabled the city to be relieved of the obligation to provide subsidy.

Mr. Dunning continues: “The locally owned Avis franchise was offered no such deal … this despite the fact the Avis franchise is owned by a young woman with the seemingly appropriate last name of ‘Davis.’ “

He writes, “Never mind that Avis had been here for years serving the public with a smile and never mind that Avis rented cars much more cheaply than Zipcar and didn’t charge customers a ‘membership’ fee before they were allowed to ‘share’ the car with the next customer.”

The problem is that Mr. Dunning continues to insist on comparing apples to oregano here.  The idea behind car-sharing is quite different from a car-rental.  Car-sharing involves a much shorter-term excursion where the user, rather than renting a vehicle for an entire day with all of the taxes and surcharges, can use a Zipcar for an hourly fee and return it.

If you need the car for the entire day, then, by all means, you should rent the vehicle.  But Zipcar is not competing for that market and Avis was not providing the Zipcar market, which is why Avis ended up purchasing Zipcar.

The store was not given away here, Davis was never on the hook for more than $10,000 and because Zipcar was almost immediately successful, Davis quickly had the fees waived and ultimately would turn a small profit.  If anything, that shows that Zipcar, at least from Davis’ standpoint, was a wise investment.

The critical question still becomes – will Zipcar work in Davis run by Avis and does car-sharing have a future?  The advantage of Avis running Zipcar is that they have deeper pockets and probably can avoid the need to have the arrangements like Davis provided in order to gain market entry.

That said, I think progressive communities like Davis need to partner with leading-edge companies to provide these kinds of services that may move us away from traditional transportation models.

The national failure of Zipcar should not undermine the fact that the concept worked in Davis.  The problem was, it did not work in enough areas to continue to increase marketshare.

2 thoughts on “Commentary: Gloating Over the Demise of Zipcar?”