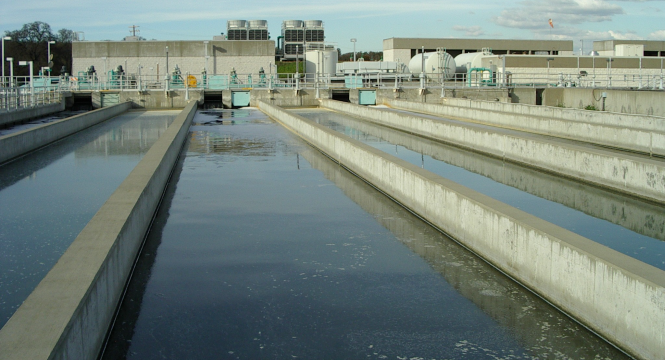 The council would reject that approach but considered another one in February.  The plan would call for the piping of Davis’ wastewater to Woodland where Woodland’s existing plant capacity would be expanded.  That proposal, city staff believes, could save about $30 million over the currently proposed project that would cost around $95 million.

Last month, Councilmember Lucas Frerichs, expressing concerns about governance with Woodland as well as harm to the city’s wetlands, made a motion to eliminate the regional option altogether.

Mayor Joe Krovoza fought to keep the option on the table, citing the possibility of saving $30 million.

The decision was held over until this week.  The staff report this week gives the council two options.

First, they can identify the local alternative as the preferred alternative and staff would continue to develop the design-build procurement documents, maintaining the pace to meet a 2017 deadline, while at the same time re-bidding the rehabilitation and replacement project.

The staff report then goes through and analyzes the advantages and disadvantage for both approaches.  They identify three major criteria, two of which favor the local approach, but the one that favors the regional approach is the cost.

Staff argues that “Certainty of compliance with regulatory requirements within the prescribed timeline (as defined by our NPDES permit): Davis must either cease discharge, or meet effluent requirements by 2017,” favors the local approach, as it has already begun the process and received approvals from the Regional Water Quality Control Board.

Staff writes, “The Local alternative has been understood and acceptable to our ratepayers. Deviation from our current path is likely to require extensive analysis and discussion, potentially resulting in significant delays, i.e.”

Given the acrimony involved in the regional water supply project, staff is understandably hesitant about re-opening the genie.

Staff has concerns, though, about the timeline, as well, arguing, “Delays will likely force the City to conduct planning, design, and construction efforts under a condensed timeframe. Forcing those efforts to be conducted quickly will limit the City’s options and could end in less-than optimal outcomes which may lead to increased costs.”

The City of Davis has completed CEQA processing for most portions of the Local Alternative, and the Regional Alternative will likely require a new EIR.  In addition, there would need to be additional permitting for a regional facility.

On the other hand, staff argues that the Net Present Value (NPV) in terms of the capital and operations costs over the next 30 years, favors the regional approach.

Governance, however, favors the local approach where, under the local alternative, “total control remains in Davis. The City has an established and successful wastewater management program in place.”

“Regional governance is unknown,” staff writes. “It is possible that the Regional alternative could be part of the Woodland-Davis Clean Water Agency JPA. There would be the need to develop common understanding of wastewater priorities, including costs, environmental stewardship sensitivities, and growth expectations. Future decisions may require balancing between best interests of two communities.”

What is odd about this argument is that it is very similar to the one that opponents of the surface water project used to argue against the JPA structure, and now the city is advancing it as a reason to potentially oppose the regional option.

In terms of the six minor criteria, four of the seven favor the local approach, including facility reliability, wetlands, location and the city’s wastewater collection system.

Staff argues that the Davis alternative would be constructed to fit Davis’ current and future needs, while the regional approach would involve significant modifications to an existing facility.

They add, “It is possible that treated effluent will no longer be allowed to be used for wetlands operations because of regulatory issues. In that case, there is no difference between the alternatives.”

Location is also an advantage, as the Davis one would be in an area protected from encroachment by urban uses while the Woodland facility is near residential and commercial development, with potential community issues regarding odors or constraints on plant operations.

On the other hand, there would be an advantage for future regulatory required capital improvements with the regional option.  Writes staff, “If additional treatment processes are required, such as the removal of endocrine disruptors, it is likely to be less expensive at a regional facility (because of economies of scale) than at two separate facilities. There is great uncertainty of the future requirements and necessary improvements – hence this is considered a minor criteria.”

In addition, they see better opportunities for urban and industrial water re-use near the Woodland Facility.  But they add, “The Regional alternative would effectively eliminate the possibility of re-use opportunities within the City of Davis unless a treated effluent pipeline was constructed back to the City limits (about $10M cost).”

A February 3, 2013, letter from Woodland City Manager Paul Navazio to his Davis counterpart, noted that he understands that “City of Davis staff has worked diligently to advance the local ‘charrette’ alternative, as described in the two-phased project plan leading toward award of a design-build contract for an upgraded City of Davis Wastewater treatment plant that would satisfy your operational and regulatory requirements by 2017.”

He writes, “The City of Woodland is interested in working with the City of Davis to expeditiously advance a more detailed analysis of a revised and improved regional partnership concept, while also ensuring that Davis remains on track to meet its current timeframe for addressing wastewater regulatory permit requirements.”

The original analysis had Davis saving around $7 million in a regional approach.  Naturally, given that relatively small level of savings, Davis saw clear advantages in continuing on its own path.

However, things have now changed.

Writes Mr. Navazio, “The City of Woodland has presented a conceptual proposal to Davis staff that we believe could conservatively yield upwards of $47 million in net-present value savings to Davis over a 30-year period.”

“This compares to the $7 million savings estimated in the 2010 analysis; Davis staff has reviewed the Woodland proposal – under alternative assumptions – and has characterized the potential savings to be in the range of $19 – $39 million,” he continues. “While this represents a more conservative estimate than Woodland’s, it nonetheless represents a significant improvement from the 2010 analysis, and thus warrants additional consideration.”

He also notes that Woodland can address some of the “minor” concerns, as well.

Woodland is willing to participate in the proposed study as a full partner, however, he notes, “Our participation is predicated on an understanding that we would be collaborating to undertake an objective, independent evaluation, as well as agreement on consultants to be engaged, scope of review, and baseline assumptions.”

He notes that Woodland assumes that Davis is committed to that independent analysis, but noted “Woodland would have some level of reservation about providing 50% funding support. In other words, “If the study confirms that there are significant benefits to Davis, is the City prepared to commit to pursuit of a regional project alternative?”

Staff concludes, “Regardless of the amount Woodland may contribute, there are sufficient City funds budgeted in this fiscal year’s project budget to fund the proposed effort for the Regional Investigation.”

Share:
Previous : CDM Withdraws from Water Project Bidding But is Coaxed Back
Next : Should We Be Concerned with Private Wells and Water Use?

9 thoughts on “Should the City Go to a Regional Wastewater Treatment Option?”