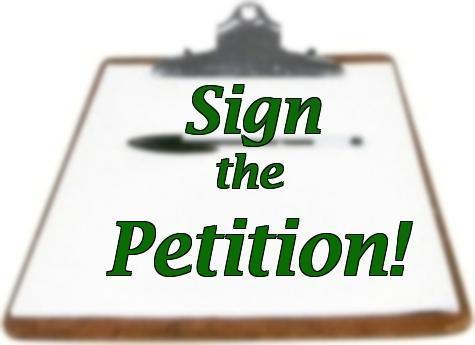 Two weeks ago, the Vanguard covered a story in which several members of the Davis community claimed that their names and identifying information were unlawfully misappropriated to purport support for the Davis GATE program.

A petition posted by the group Davis Excel on Change.org states, “We believe that there should be no significant changes to the (GATE) program without a demonstration that the current program is failing its students.”

According to an action filed on February 2 by local attorney Will Portello, who represents Shelley Dunning, “Using personal information of multiple Davis residents, all of whom were parents of elementary school children at a particular school in DJUSD,” unknown defendants set up false accounts not only for Ms. Dunning, but also for Jim Amato, Moira Acosta, David Thompson, and Meghan Zavod.

Mr. Portello in his pleading argues, “In the case of Plaintiff Dunning, that ‘Reason for Signing,’ contained false, inflammatory, and denigrating statements concerning classroom practices of non-GATE teachers, a position she neither expressed, nor holds.”

A letter in the paper today from leaders of Davis Excel suggests that there has been yet another forged signature on the petition.

“Our intent with the petition was to simply provide a way for the community to show support for the GATE classroom program. We deplore the forging of signatures,” the groups writes, noting: “While parents are passionate about the welfare of their children, this behavior was terribly misguided. If the person believed he or she was supporting GATE, the use of an unethical tactic was inexcusable and greatly undermined the efforts of literally hundreds of people to support a program that has been part of our community since 1980.”

The letter continues, “We very much appreciate the efforts of those defrauded to obtain information leading to those responsible.”

The idea of petitioning one’s government is not new.  The First Amendment of the United States grants the right of the people to “petition” the government for a “redress of grievances.”

Change.org facilitates that by allowing people to submit their petitions online.  But while that seems like a good idea, the system that they utilize is easy enough to tamper with.  Anytime you have an issue that could have strong passions on either side of the issue, you have the incentive for a dishonest person to attempt mischief.

The fraudulent statement attributed to Ms. Dunning reads: “I have one child in the GATE program at NDE and then another not in the program at the same school. The difference between the depth and breadth of what the two are learning is incredible. My child not in the program is often bored and simply fills in the blanks of boring worksheets. My GATE child is challenged to go deeper, faster, and better. It is very sad to see that in such a highly educated community like Davis, we cannot come together to support such a fantastic educational program for our children.”

Mr. Portello argues, “While Davis Excel has subsequently retracted its petition, the fabricated support and statements were disseminated. The Plaintiff (and other parents who were impersonated on the petition) now have false and offensive statements attributed to them, and have been falsely portrayed as expressing support of a petition, an act they did not take. Plaintiff’s privacy, and the privacy of her family, has been invaded.”

The conduct of whoever forged the names of the individuals and wrote false attributions is reprehensible – whether it rises to the standard of identity theft or liable remains to be seen.

The question may come down to actual harm here, and it is not clear that there is any.

The behavior of Davis Excel, at least as of now, is not in question.

As two of the members explained, “The petition was distributed before we learned of the repeated fraud and misuse of the petition. We would never knowingly distribute fraudulent statements and apologize for inadvertently doing so.”

They continued, “Additionally, we requested on March 5 that the entire petition be deleted from the Change.org website and were informed that same day that Change.org was in the process of deleting it, but Change.org delayed in doing so.”

“Change.org has finally removed the petition. We are very sorry that an online forum we created was used in a way that harmed families in our community.”

While the petition was withdrawn, it probably would not have had much impact on policy anyway.  One of the board members told the Vanguard that they would not have given a petition any credence.

It is not that the school board is immune to public opinion, but rather that they would prefer individuals either speak at public comment or write them personally.  It is a more personal approach.

There are lessons to be learned here.  First, Change.org has to fix their system or face becoming unreliable and easy to manipulate.

Second, local groups should focus their efforts on letters to the editor, emails and public comment rather than online petitions.

5 thoughts on “Commentary: Change.org Petition Proved Too Easy to Manipulate”