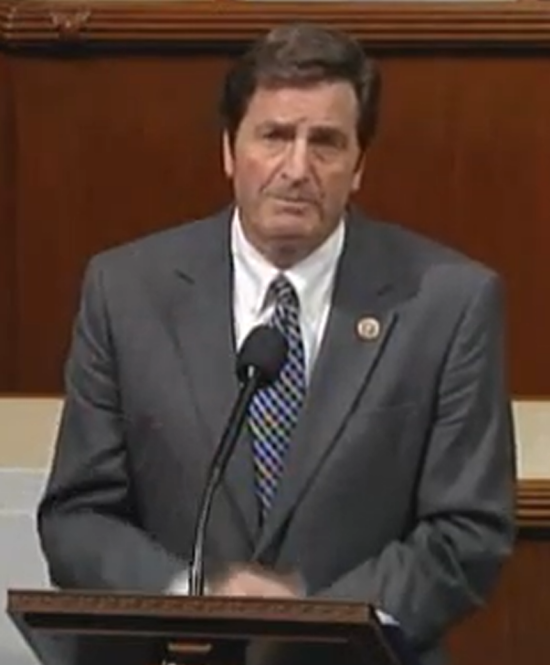 Editor’s note: Rep. John Garamendi (CA-03), a member of the Safe Climate Caucus, spoke on the House floor this week regarding the importance of clean energy production, which is spurring business development across the country, as well as playing a critical role in stabilizing global warming.

The Safe Climate Caucus members have made a commitment to talk every day on the House Floor about the urgent need to address climate change.

Video of the floor speech is available here.

Full text of the speech:

It’s been determined for the first time in at least 3 million years that the carbon dioxide in the Earth’s atmosphere is over 400 parts per million.

What does that mean? Climate change? Oh yes. If you were in Los Angeles this last couple of days you would have seen record high temperatures in early May. Reports are coming out about fire storms this summer season. We’ve seen super storm Sandy. And around this world we’ve seen many super environmental effects.

Scientists tell us that climate change will bring more severe weather events, and there will be disruptions in our food supply, like the current drought in the southwest.

400 parts per million. In the last 3 million years, the Carbon Dioxide in our atmosphere has never been that high.

Now the good news is that this nation, the strongest economic nation in the world, despite the inability of this House to get things done, we can solve the climate change problem or at least lead, and in doing so we can put people back to work.

And here’s how it can be done.

Clean Energy. Clean energy is spurring business development across this country. And its future is very, very bright.

Not a month goes by without some entrepreneur, a scientist, an inventor, coming to me with another idea about how you can improve solar technologies, photovoltaic technologies.

Companies are investing. U.S. based venture capital investments in clean energy surged 30% from 5.1 billion in 2010 to 6.6 Billion in 2011, and the trend continues.

Jobs in the solar energy industry are in every state, and there are over 5,000 companies involved employing over 100,000 American workers.

And wind energy, which is big in my district, in Solano County, employs 75,000 people across this nation, and many of them my own constituents.

And there’s great potential out there.

As we move from coal and oil, the energy of the previous two centuries, to the clean energies of the future. We will see that in agriculture as we grow crops that can generate energy. We’ll see it in geothermal, we will see it in wave energy in our oceans. There’s enormous potential.

And the research that goes into this are also jobs.

Our colleagues on the majority side have attempted in the last year to reduce research for energy and agriculture. To what effect? Well maybe they want to go to 500 parts per million carbon dioxide in the atmosphere.