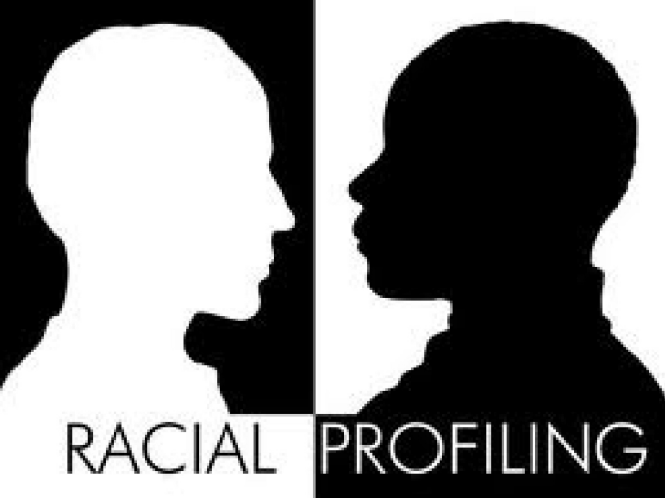 You can’t really make this stuff up.  Lost in the national debate over gun control and the Boston Marathon Bombers and their post-arrest treatment is the federal trial in New York that is charging that the department’s “stop-and-frisk” practices are biased and therefore unconstitutional.

The suit contends, “These NYPD practices have led to a dramatic increase in the number of suspicion-less stop-and-frisks per year in the city, with the majority of stops in communities of color.”  And the trial made early headlines when one of the officers released his recorded meetings that purportedly showed the department advocating for the use of racial quotas.

But last week, the New York Times covered the department’s defense which, in essence, argued that officers were not biased, they are lazy.

“The picture painted in court of the New York Police Department’s officers was not pretty,” the New York Times reported last Monday.  “Ten percent of them were malcontents who worked as little as possible. Unless they are being paid overtime, officers seem to avoid writing summonses. Indeed, some police officers need to be weaned of the idea that they are paid to drive around in their patrol cars, eating doughnuts.”

“And those sentiments came not from critics of the department, but from police commanders and city lawyers,” the Times reported.  “One of the surprising developments of the trial regarding the Police Department’s stop-and-frisk practices is how top police officials and city lawyers have been willing to criticize some of the department’s rank-and-file officers – all in an effort to counter testimony from whistle-blower officers who say that commanders had created quotas that pressured them to make street stops without the proper grounds.”

As the blog Simple Justice noted, “If it came from anyone else, the police union would protest. But it came from the brass.”

The Times reports, “The trial’s focus on quotas and productivity goals has illuminated the labor-management tensions that run deep through the Police Department.”

Joseph J. Esposito, the department’s highest-ranking uniformed member until his retirement last month, testified in the trial, and he offered candid insight into management’s view, the Times reported.

“You have 10 percent that will work as hard as they can, whenever they can, no matter how bad we treat them, how bad the conditions are,” Mr. Esposito said. These officers “love being cops and they’re going to do it no matter what.”

On the other extreme, Mr. Esposito said, “You have 10 percent on the other side that are complete malcontents that will do as little as possible no matter how well you treat them.”

The problem, of course, with this view is in the end, racial profiling is a form of lazy-policing.  Instead of building cases, leads, etc., you see police officers in this case making use of the stop-and-frisk policy to stop and perhaps even harass members of the minority community, in the off chance they may have committed a crime or be in possession of contraband.

This trial, along with the issue of Fourth Amendment rights, has been overshadowed by the national debate over the right to bear arms, even as police are regularly ignoring the Fourth Amendment.  “The right of the people to be secure in their persons, houses, papers, and effects, against unreasonable searches and seizures, shall not be violated, and no Warrants shall issue, but upon probable cause, supported by Oath or affirmation, and particularly describing the place to be searched, and the persons or things to be seized.”

A recent column written by FAIR, a liberal organization that scrutinizes media coverage, notes, “The aggressive tactics of law enforcement, an ongoing controversy in communities of color, have recently come into the national media spotlight – if briefly – as the constitutionally dubious practice of arbitrarily stopping and frisking (mostly black and Latino) citizens by police officers was put on trial in federal court in March.”

However, the lion’s share of coverage “when it comes to conversations about citizens’ right” has “gone to perceived infringements on constitutional rights… like gun ownership.”

It is somewhat surprising the gun ownership would get so much more play than search and seizure.  While many gun enthusiasts cite the right to self-defense, others noting the “well-regulated militia” clause, believe that the right to bear arms links to the right to protect oneself, not against a criminal intruder but against the government itself.

Second Amendment supporters will erroneously note that Hitler’s first move was to ban gun ownership, as though the banning of guns or, in this case, simple background checks, is the first step toward tyranny.

And yet, when the police actually violate people’s rights to be secure in their persons and houses from the government, there is little note.

FAIR argues that the discrepancy in news coverage might be due to the audience.  They argue that, while gun ownership appeals disproportionately to white and more conservative supporters, the issue of stop and search relates more to racial profiling and people of color.

As Simple Justice notes, however, even the defense in the New York “stop-and-frisk” case rings a bit hollow.

They write, “What is happening at this trial, where the police management has now verified the accuracy of almost every negative stereotype about police there is, from donuts to laziness to greediness to caring nothing about the public to putting their own financial self-interest above that of society, in a scorched earth war to preserve their authority to toss young black men at will, is that every myth built around New York’s Finest is revealed as a sham.”

“Whether they win or lose, there is no denying the perception of police from their own that contradicts the carefully crafted image of police developed over the past 100 years,” the blog continues. “Are there great cops? Sure, but only 10%.  Good cops, yes, but they aren’t nearly as honorable, honest or motivated as they would have us believe?  Bad cops? Yup, we’ve got them too.  And which cop arrested the defendant? Which cop is on the stand? Which cop is telling the truth?

“And it’s only because there were enough lousy, lazy, worthless cops that they were forced to set ‘goals,’ which are quotas with fewer letters.”

Locally, last Tuesday we had the fourth anniversary of the shooting death of farm worker Luis Gutierrez.  The Vanguard covered the federal trial where the three officers were acquitted of the shooting.

Despite the acquittal, the Luis Gutierrez case was, at its core, a racial profiling case.  In broad daylight, the officers saw a man that they thought they knew.  The officers admitted that they had no reason to suspect Mr. Gutierrez of a crime.  The only reason they ended up pursuing him is that, upon their approach, where the identification of the officers was at the very least questionable, Mr. Gutierrez took off running.

Having no criminal record to speak of, having no evidence that he had committed a crime, the authorities claim that Mr. Gutierrez had taken large illicit doses of meth, and therefore behaved erratically and violently toward the police.

However, there is a good chance that had Mr. Gutierrez not been Latino, not been walking alone in the middle of the day, he would never have been stopped.  And this was not the first time he was stopped by police – despite the fact that they never charged him with a crime more serious than driving on a suspended license, a license he was in the process of reinstating when he went to the DMV that fateful day four years ago.

As former Supreme Court Justice Cruz Reynoso noted, “During his life he had been stopped somewhere between 10 and 15 times by the police for traffic stops for one reason or another, including one time because he was riding a bicycle on the wrong side of the street.”

“Why’s that important?” he asked.  “Because the police have discretion very often when they stop somebody to then search.  When they search and they find something illegal they can then arrest the person.  If they never stop, of course they’ll never find anything.”

“Disproportionately, minorities like that young farmworker get stopped so often,” he said, arguing that this plays into the discrepancy of incarceration rates.

Ask yourself, were the police biased in singling out Mr. Gutierrez for questioning, or just lazy?  And really, at the end of the day, does it even matter?

Share:
Previous : Commentary: DACHA, the ONLY Good News is That It’s Over
Next : A fresh look at the Ombudsman and Police Oversight in 2007

31 thoughts on “Eye on the Courts: Police Are Not Biased, They Are Just Lazy?”