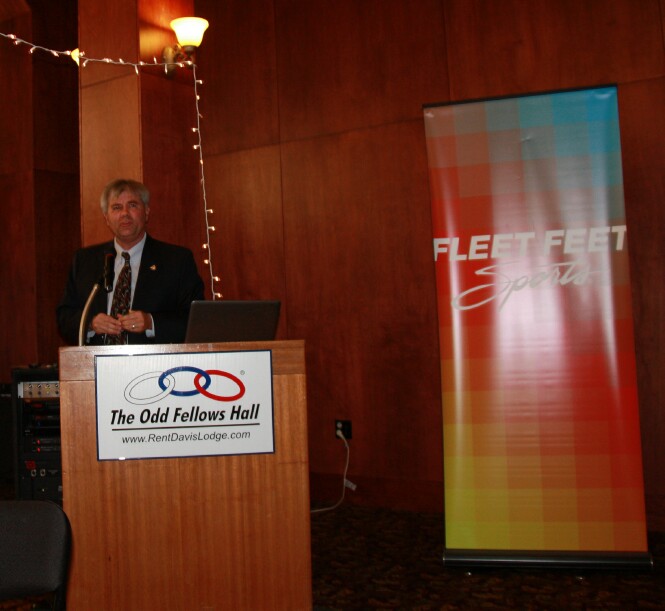 When I first started this gig, Bill Emlen had just taken over as Interim City Manager, after the council for variety of reason fired City Manager Jim Antonen.  Bill Emlen was the Peter-principle in embodiment – a career bureaucrat in the planning department who was promoted beyond his level of expertise.

The story that tells me all that you really need to know about Bill Emlen was how Rose Conroy, the fire chief, came to retire.  Chief Rose Conroy was a pioneer in some ways, but she had a number of fatal flaws, including the fact that she simply allowed the union to run the fire house, unfettered, and looked the other way – if not participated – in acts of hostility and retribution.

However, one day came the time to implement the fire station merger with UC Davis and when she balked, when she threatened to retire, in a rare showing of fortitude, Mr. Emlen told her he expected her letter on his desk.  And that was it.

His replacement was interim City Manager Paul Navazio, the city’s finance director who is now the city manager in Woodland.  There are probably many reasons Paul Navazio is not the manager in Davis, but chief among them is the fact that Mr. Navazio failed to recognize that it was a new world order in city hall.  And so when he came up with the same type of budget in 2011 for the new council as he had with the old council, they balked.

Joe Krovoza and Rochelle Swanson pressed for a much more realistic budget with $2.5 million in personnel cuts that demanded the money go to fund roads and unfunded liabilities.

Mr. Navazio had three months to find those cuts and when he did not do so by September, the city had already hired a new city manager, Steve Pinkerton.

Talk about being thrown into the fire.  Steve Pinkerton, no stranger to tough climates – coming from Manteca, arrived just in time to have his first meeting on September 6, 2011.  After the disastrous vote that evening on water, he spent much of the next year and a half fixing the water problems.

In a lot of ways, it was a tumultuous time for the city and Mr. Pinkerton.  His reputation here, as well as elsewhere, was that of a guy who was difficult to get along with and he may have lacked some of the critical people skills.

Indeed, my relationship early on was relatively mixed.  In the early days, other than the fact that he grew up in Columbia, Missouri, going to the same college as my mother and rooting for the same teams, I’m not sure we connected that much.

Mr. Pinkerton made some mistakes early on.  The office realignment was one of them.  I’m sure even to this day he will defend the move.  The problem is that the move isolated the city manager’s office, made it less accessible to the public and employees, and allowed Mr. Pinkerton to sneak out the back door.

There were times when I was told there were two and a half votes to remove him, though I never believed there to be more than two, at the very most and on a bad day.

In the fall of 2011, the city was scrambling.  The referendum movement was gaining momentum.  The city was being pounded in the press for not only claims that the water rate hike was 14% but for comments by Councilmember Dan Wolk suggesting that he did not really understand what it was he voted for.

I will never forget sitting in a room with Bob Clarke, Jacques DeBra, Paul Navazio and Consultant Jim Yost of West Yost Associates, wondering who was in charge of this boat and how the city would manage to keep it from going ashore.

The critical point here is not to disparage any of these individuals, but, of them, only Jim Yost was a water person, and he was a private consultant, not a city staffer.

A year later, I was watching the council meeting where the city staff was deciding the rates, and there you have Herb Niederberger, Dianna Jensen, Dennis Dove from Bartle Wells, Mark Northcross, the city’s financial advisor; regardless of what you think of the water project, it was night and day, the difference in the level of expertise from what I had observed just over a year before.

And this change is true almost across the board.  A few years ago, city government was basically the Peter-principal as a bunch of well-intended people, and perhaps a few not so well-intended, had been promoted to a person, beyond their level of competency.  Slowly but surely and methodically that has changed.

For a lot of reasons, the fire issue is perhaps the one issue closest to my heart.  In 2008, there was the June Grand Jury report.  The city named Police Ombudsman Bob Aaronson to investigate the allegations.

In December came the 3-2 vote by the City Council to not look at the report.  Two months later came the 1 am council meeting in which the council looked the other way as Bob Aaronson attempted to warn them of discrepancies between his unread report and the depiction given by Bill Emlen.

Later in 2009 came the MOU agreement, with the phony savings numbers calculated from the continuation of the contract with an 8% increase for compensation rather than a zero-baseline.

Then came the failed fire merger because the city had refused to deal with its personnel compensation.

The city had attempted to study fire staffing twice, first in 2009 and then again in 2011.  Each time they hired Citygate, and each time the move backfired, as Citygate refused to offer meaningful suggestions for reform.

When Rose Conroy retired, she was replaced by Bill Weisgerber, a retired chief who was selected to become interim chief and lead the way on the merger.  But that merger fell apart and Mr. Weisgerber’s time expired.

The first critical move made by Steve Pinkerton was to find an interim fire chief who had the expertise to conduct an audit and do what Citygate could not do, create a model to reduce the number of personnel.

In May 2012, the city brought in Interim Fire Chief Scott Kenley.

“The city of Davis looks to Kenley not only to provide day-to-day management of the city’s fire department until a permanent fire chief can be hired, but also to utilize his proven abilities in organizational analysis and team building to provide leadership for the department, the city organization and the community,” according to the city’s release.

Mr. Kenley came to the city of Davis through its hired labor negotiator.  In his role with, ironically enough, Citygate, he represented cities, not unions.  There were no instances where he represented the labor side of the equation.

Mr. Pinkerton had found the guy he believed had the expertise to conduct the fire study and the ability not to be co-opted by the union.  It is worth noting that when CalPERS regulations forced the city to find a new chief, Mr. Pinkerton again went outside of the box having Police Chief Landy Black oversee both departments and Assistant Chief Steve Pierce named as administrative head of the fire department, again avoiding the possibility that they would be co-opted by the union.

Chief Scott Kenley’s charge was to put forward a staffing report which, in his words, would allow the council to consider all options.  The report, which came out last fall, clearly went above and beyond all expectations.

As it turns out, even with a new council, none of whom took money from the firefighters, it would be a close vote.  Without the work by Steve Pinkerton to put the right interim chief on board, and without the quality work of Mr. Kenley, this proposal would never have gotten off the ground.

Steve Pinkerton’s strategic thinking was instrumental, along with a three-member council majority, in making this kind of critical change.

The job of the Vanguard is to watch local government.

As Robb Davis, one of the Vanguard‘s Editorial Board members, noted in a comment yesterday, “May be far too early to say this but I think his coming represents an absolute sea change for this city. Not all of what he is doing is easy to watch and I am not sure that we are fully cognizant that what Pinkerton is really doing is taking Davis from a small town in which personal relationships dominate to a ‘grown up’ city in which hard decisions mean minimizing the personal and focusing on ends.”

“It can feel harsh and it angers people but… well… he is getting things done. His easygoing demeanor can make one forget that this guy plays hardball–and he plays it with abandon.”

I agree with this assessment.  To get the fire staffing changes took resolve, toughness, strategic thinking and, most of all, patience.  The report was first read in November, the first action item came in December.  There were not one but two roundtable discussions, neither of which generated a final vote on fire staffing.

Finally, at the fifth meeting, Mr. Pinkerton, who put forth new information on calls for service and enlisted the help of Fire Division Chief Shawn Kinney, got his vote through, 3-2.

This is a challenging council to work with.  If the previous council was accused of too often siding with staff reports and rubberstamping the city manager’s recommendations, this council is the opposite.  Often the city manager and staff put forth tremendous work and get upended by council.

There needs to be a happy medium there.

At this point, however, Mr. Toad’s comments are apt: “I have found Pinkerton to be approachable and willing to listen. Maybe some find him less flexible but that is not my experience. Honestly, I think he is by far the best city manager Davis has had in the 20+ years I have been here. Remember nobody gets everything they want in politics. Part of his job is to tell people no. It doesn’t ever make one popular.”

In the end, Davis would never have gotten these critical staffing changes without Mr. Pinkerton, and for that reason alone, we commend his work.

Share:
Previous : Suit Alleges GATE Petition Fraudulently Misappropriated Names of Parents in Support of Program
Next : Sunday Commentary: In Need of Better Explanation on the Mowing While Black Incident

2 thoughts on “My View: Pinkerton Deserves a Lot of Credit”