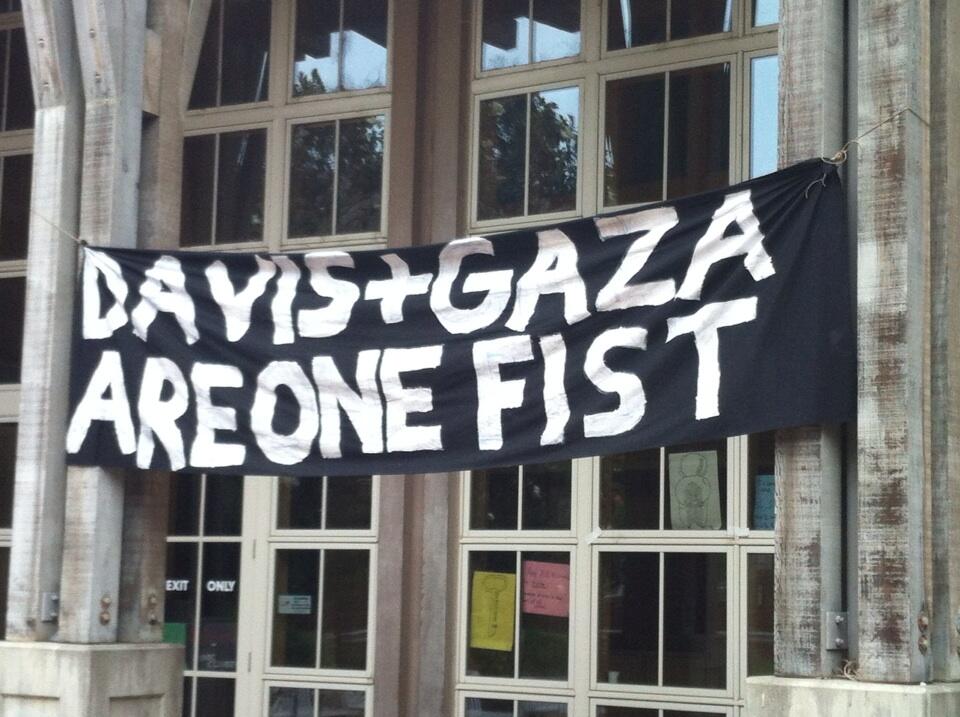 According to UC Davis spokesperson Claudia Morain from the University News Service, the students took over the building last night.

She said, “Student Affairs staff monitored the protesters in Dutton Hall throughout the night, and will continue having conversations with them today.” 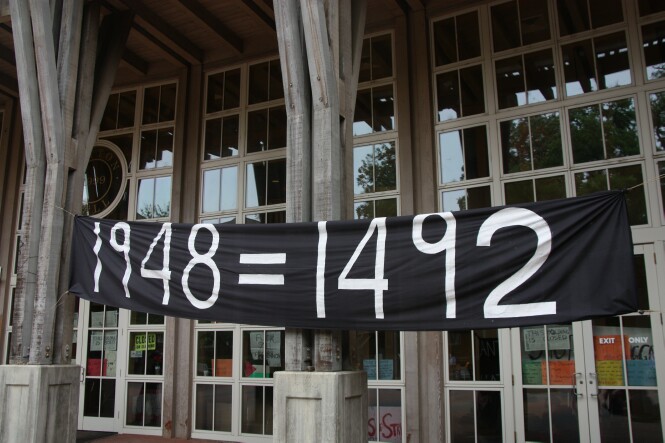 When asked if there would come a point where staff or police forced action, Ms. Morain told the Vanguard that discussions are ongoing with regard to health and safety concerns.  They continue to monitor the situation as they go.

Some student tuition, the Vanguard was told, ends up supporting Israeli businesses.  There was recently a relatively modest divestment bill before ASUCD, with very widespread support, but the bill ended up being rejected. 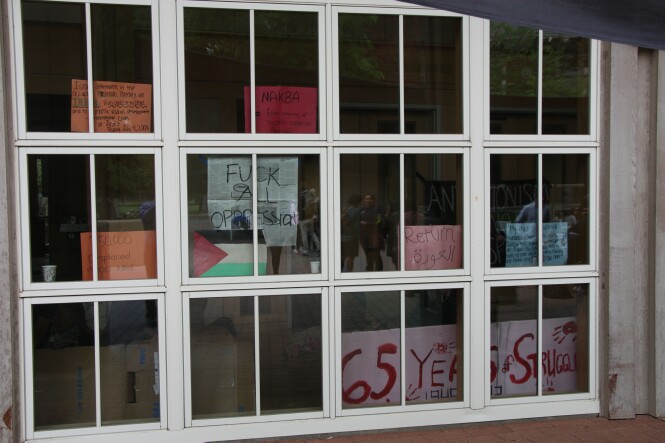 Student protesters also claim that that they reject the equating of anti-Israeli speech with hate speech by those in the upper echelons of the UC administration.

The scene was a bit surreal, coming just over a week after twelve students reached a plea agreement with the Yolo County DA’s office following a string of protests last January through March that ended in the U.S. Bank in the Memorial Union closing its doors.

Those events, coming just weeks after the contentious and embarrassing pepper spray incident, resulted in a lawsuit against the UC Regents after police officials were instructed not to arrest student protesters despite the fact that the bank was continually having to shut its doors early. 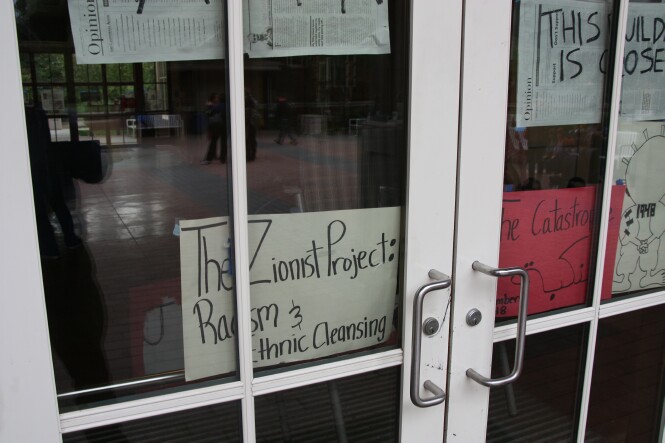 The bank closed its doors for good on March 4 and the UC Regents last June agreed to pay US Bank $225,000 in a settlement agreement.

Students were facing 21 misdemeanors for their actions during this time.  However, as part of the plea agreement they received the equivalent of an infraction with a required 80 hours of community service.

This is not the first time Dutton Hall has been occupied.  Back in November 2011, just ten days after the pepper spray incident, students voted to occupy Dutton Hall. 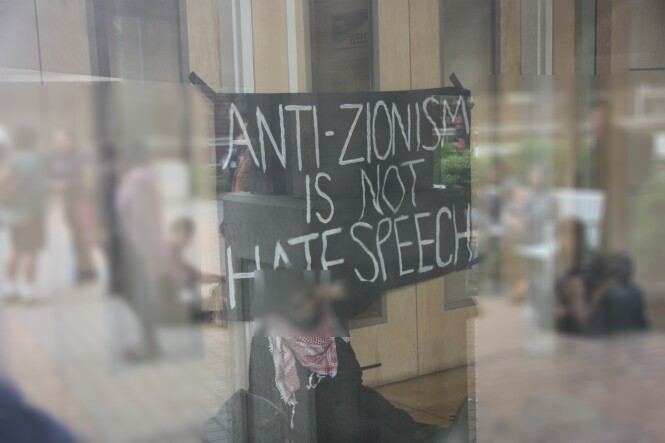 “We have three demands: 1)The immediate resignation of Chancellor Katehi; 2) A replacement of campus police with a ‘student run safety team,’ or on-campus police must be unarmed (this demand is still under discussion); 3)A freeze on tuition hikes.”

“We are occupying Dutton Hall in order to blockade administrative and financial functions of the university; and we are doing this until our demands are met,” was a short explanation, given by a student active in the “Occupy Davis” movement, of the prior events that had unfolded with protestors and supporters of the movement.

UC Davis ended up allowing the students to occupy the hall without interference as part of a new tactic of engagement.  The result was a protracted dispute and a disruption of services, but the university was able to avoid a repeat of the November 18 actions that resulted in numerous arrests, as well as the pepper spraying. 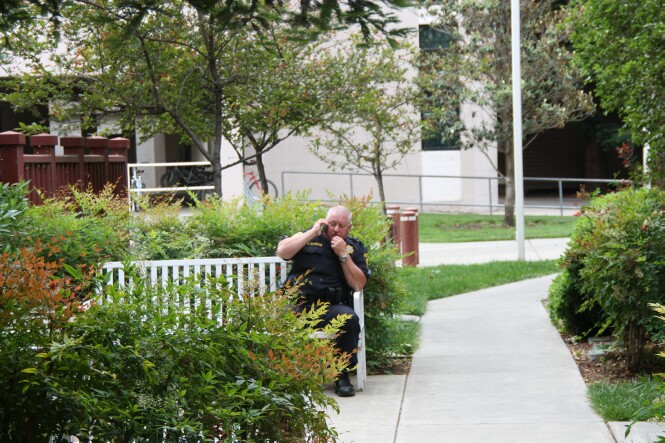 While university officials would not elaborate further, they appear to be following a similar playbook.  The information provided by students at the event indicates this is likely just a one-day event.