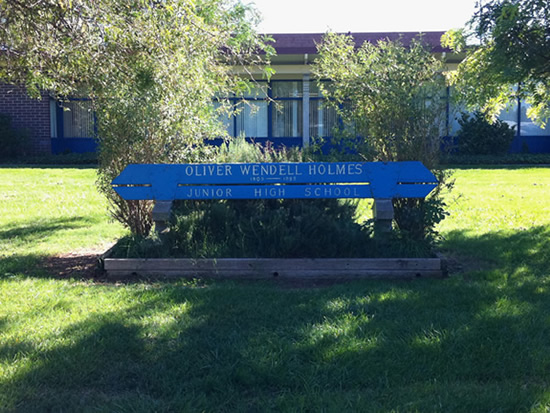 A couple of letters from the school district, regarding the recent arrest of a 16-year-old Davis resident charged with the murders of prominent Davis residents Oliver Northrup and Claudia Maupin, triggered concern from some residents who felt that the messages seemed more geared toward covering the district’s track record, saying “we didn’t do anything wrong” rather than acknowledging potential problems in the district.

One letter that was sent last week to all DJUSD families from Superintendent Winfred Roberson stated, “As you are probably already aware, a Davis teenager was arrested on suspicion of a double homicide that occurred last April.  To some degree, such news affects everyone in our community–students, families and staff members alike.”

Mr. Roberson continued, “We want you to know that the District has implemented a plan to address the media, to support our staff members and others who are most intimately close to the situation, and to reach out to parents with this information we hope will help support your child.”

“It is natural in situations like this to ask questions and look for answers that may never be forthcoming,” the Superintendent wrote.  “Rumors or speculation about what may have occurred, or why all of this has happened, usually creates more anxiety for our children.  It is important to listen to your child’s concerns, to remind them that they are safe and to encourage them to take a humane approach.”

Of particular note, the letter went on to suggest, “Coverage of these events in the local, national and social media platforms are escalating, which further exacerbates anxiety.  We encourage you to talk to your child about the effect of visiting and/or contributing to social media sites focused on highly emotional and potentially hurtful content.”

“Much of what we have seen is mean-spirited, inaccurate and inflammatory,” he wrote. “This is a good time to help your child distinguish the difference between information and gossip.  Instead, please help your child focus on if and how this event has affected him or her.  In this way, you will know best how to help.”

After advising parents where they can call if they have concerns about their children’s state of mind, the Superintendent closed with, “We are part of a strong community that can come together in time of crisis to take good care of those in need and each other.  Fortunately, summer is a great time to slow down, unplug, build our family ties and strengthen our relationships.  We wish the best for all our students and families and hope these next months can be happy healthy ones.”

The letter to Holmes Junior High parents includes the first part, but also adds “Protocol for Mediating Social Interactions sent out by Derek Brothers, the Principal of Holmes.

He writes: “In general, the following guidelines will provide safety and direction to our students.  In egregious cases, formal discipline may also be required as governed by the District Behavior Standards, student age and developmental stage.”

1)-When the behavior is reported, reach out first to the targeted student.  For elementary students, contact parents and have a conference to determine what has happened from the student’s point of view, giving parents an opportunity to assist, mediate, or simply be informed of the situation.  Listen and take notes.

2)-Encourage the student and family to immediately report any unacceptable behavior directly to the teacher or principal to maximize timely response and accurate reporting.  Staff can arrange for that to be done in a way that does not unduly expose a targeted student.

3)-Speak to all of the other students directly involved.  Generally, this should be done on an individual basis, although you may wish to speak with young children in a group.   Gather information.

5)-Warn all parties against retaliation of all kinds, and confirm willingness to comply with directives.

7)-Regardless of the level of response, seek some method to restore the equilibrium to the student and/or student group.  This may involve restorative justice processes, contracts, agreements, etc.  Ideally, all parties would come together, but that may not be possible where physical safety and/or bodily harm are issues.  In any case, at a minimum there must be a support mechanism for the targeted student, if not for all students, during this process.  (Examples include: passes from class, regular check-ins with student and/or parent, teacher awareness, campus supervisor support, etc.)

8)-If, at any stage of this process, you need consultation, advice and/or an alternate person to facilitate this process, call upon a colleague and/or call Student Services.

Superintendent Winfred Roberson was out of town but directed the Vanguard to speak with Pam Mari of Student Services.  Ms. Mari did not immediately respond to an email request to meet with the Vanguard.

The Vanguard attempted to contact school board members, two of whom are out of town.  Nancy Peterson did not answer her phone or return the Vanguard‘s call and the Vanguard was able to meet with Gina Daleiden on Thursday, but she was precluded by legal counsel from making any formal comments.  The Vanguard has a follow-up with Susan Lovenburg on Saturday, but under the same conditions.

Several people expressed concerns to the Vanguard that the aim of the message by the Superintendent was wrong.  The implication here is that everything is fine, the district has policies in place.

The Vanguard was told that the district is reviewing their protocols; however, that message was not broadcast to the public.

During the course of the Vanguard‘s investigation last week, we talked to a number of peers and even more parents.

There is an ongoing concern about the climate on a number of the campuses and the conversations that the Vanguard had noted widespread untreated depression, substance abuse, and bullying.

The Vanguard believes that the district should be publicly reviewing their policies and investigating as to whether there are additional changes that need to be made.

Blaming the accuracy of the social media accounts is frankly a cop out.  The district needs to be able to acknowledge problems while reassuring the public and parents that they will be proactive in dealing with these problems.

Unfortunately, that is not the message that came out in these letters, and the confidence in the ability of the district to deal with these crises, at least in some quarters, appears to be on the wane.

The Vanguard will continue to investigate this matter and report more as information emerges.