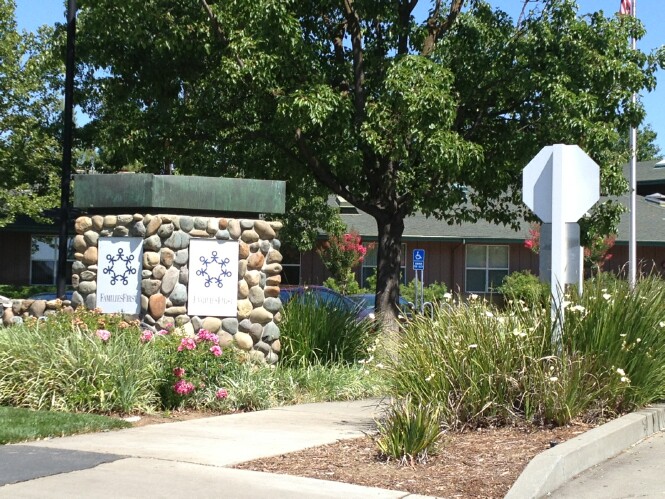 Last week, the state agency reviewing the FamiliesFirst situation in Davis, the California Department of Social Services (CDSS), completed its investigation, in the wake of reports of a sexual assault and rape of an 11-year-old by residents at the facility who are 13 and 14 years old.

In a statement from Michael Weston, Deputy Director of Public Affairs and Outreach Programs at CDSS, “The children accused of sexual assaults and other abuse have been removed from the facility and additional staff put in place to ensure the appropriate levels of care, safety and supervision is being provided for the children who reside there. The Department is also conducting daily monitoring of the facility.”

Per California law, the facility and the administrators had 15 days to file a notice of defense with the Department and request a hearing before an Administrative Law judge.

“Respondents hereby deny generally and specifically each and every allegation contained in the Accusation pursuant to the provisions of Government Code § 11506,” attorney Linda Kollar from the Los Angeles based law firm of Hooper, Lundy & Bookman wrote on behalf of FamiliesFirst, Inc. and Gordon Richardson.

In their defense they object to the accusation “on the ground that it does not state acts or 16 omissions on which the Department of Social Services… may proceed.”  They further argue that the accusation is “indefinite or uncertain” and that they are unable to “identify incidents sufficient enough in order to prepare for their defense.”

Furthermore, they allege, “The Department has violated its own policies and procedures in that the Department failed to hold a Noncompliance Conference giving notice to the licensee of alleged deficiencies and allowing the licensee to come into compliance before taking legal action.”

They also argue that “clients cannot be prohibited from leaving or departing the facility when to do so would result in violations of their personal rights.”

They argue that they have been denied due process under California law that they argue “allows licensees to come into compliance with alleged regulatory deficiencies before seeking revocation of licensure.”

“The Department’s acts reflect an arbitrary and discriminatory application of regulations and laws in violation of the Respondents’ rights to Equal Protection under the United States and the California Constitutions,” Ms. Kollar writes.

This becomes an interesting showdown.  One of the centerpieces at issue here is one of the most disputed points of fact – the state of the law with regard to the ability of the facility to restrain children.

Ms. Kollar argues here on behalf of her clients that the facility cannot prohibit them from leaving or departing the facility.

Carroll Schroeder is the executive director of the California Alliance of Child and Family services, and he seems to agree, telling the Sacramento Bee, “You can’t restrain the child from leaving. But if the child leaves and hurts somebody, you’re going to be responsible.”

What we have been told previously from the Davis Police officials and others is that current state law prevents a Level 14 facility from restraining a minor in the sense of either locking them up or holding them down.

However, if the minors pose an imminent risk of harm to themselves or others, the staff can use physical restraint, but only if it’s done according to their state-approved restraint plan.

FamiliesFirst, we are told, has a state-approved plan, and they have received training on what to do for a wide variety of circumstances to prevent the need for restraint, and to keep a minor on campus – or least under constant observation at all times if they leave campus.

However, that is where the staffing ratio comes into play.

Budget cuts led to the layoff of all of their part-time employees who were essential in the ability to fill in when there was a sickness or when full-time staff took vacation.

At a stressful facility of this sort, there is a high rate of illness and downtime needed.  That was previously backfilled through the part-time staff who would enable the facility to maintain compliance with state regulations on staffing, which requires one adult for every three children.

The problem is that the facility has left themselves so short-staffed that they did not have enough staff to restrain a child.

For safety reasons, at least two staffers are required to restrain the child – otherwise the situation poses too much of a threat to the safety of both the child and the staff person.

So while FamiliesFirst claims that they made a decision to change their restraint policy, the reality is that they simply had too few staff at critical times to be able to properly restrain a child.

Instead, what we learned is that they simply allowed the children to leave and then relied on the police to pick them up and return them to the facility.

Both the police records and the complaint filed by CDSS shows that this happened, but in the meantime, children were assaulted physically, often sexually assaulted, and it put the community at risk.

EMQ FamiliesFirst will continue to operate the facility during the appeal process.  38 children still reside in the facility, which marks a decline from the 63 that were there when the investigation began.

The California Office of Administrative Hearings is required to hear the case within 90 days. DSS has the option of closing the facility, even if the administrative law judge sides with EMQ.

The last recourse for EMQ FamiliesFirst would be to sue DSS in civil court – an expensive proposition that is likely not going to find many sympathetic jurors.