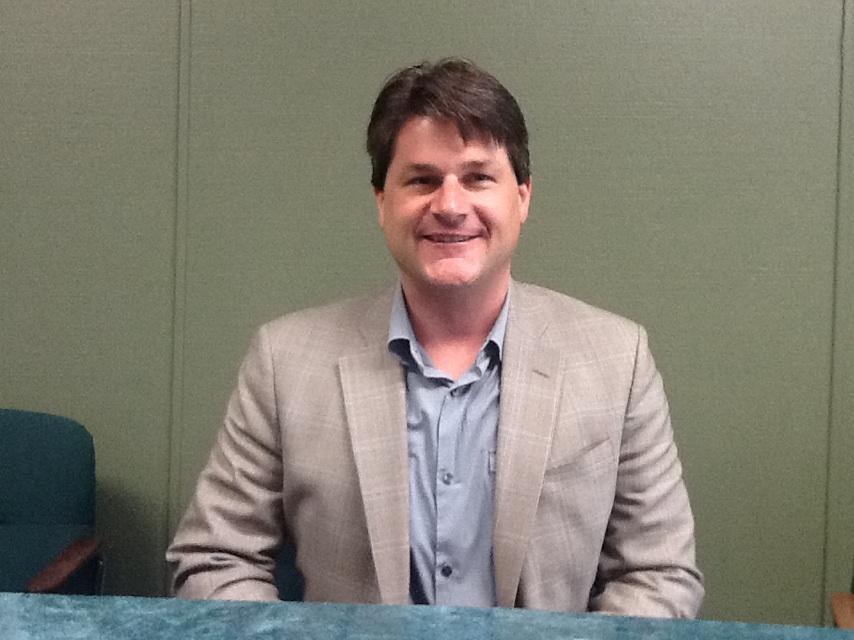 While Davis residents have stolen the show locally, Napa County has emerged as an important factor in the newly-formed Assembly District.  Together, Napa and Yolo Counties have about 60 percent of the registered voters and are on roughly equal footing, with Yolo having 32 percent to Napa’s 29 percent.

Five Democrats have entered the race in a district that is broken down 47-27 in terms of party registration, with another 20 percent uncommitted.  In addition to Davis Mayor Joe Krovoza and Mayor Pro Tem Dan Wolk, we have Anthony Farrington (whom we interviewed back in March), Napa County Supervisor Bill Dodd and District Representative to Senator Noreen Evans, Matt Pope.

Matt Pope, 42, worked in the Silicon Valley for nearly 11 years when he moved to American Canyon in Napa County, where he worked as a private consultant in the security industry, eventually moving more toward government and politics after he began working on labor organizing for the security officer’s union.

He was appointed to the Napa County Planning Commission and currently works as a District Representative to State Senator Noreen Evans, who is supporting him in his run for the Assembly.

“I’ve always been interested in public service,” Mr. Pope said in explaining his run for the Assembly.  “I just have a deep love for the state of California.”

“In the last year and a half as I have been working for Senator Noreen Evans, as her district representative in Napa and Solano, [I] just became even more [convinced] that state government can and does do good things in people’s lives and can do a lot more,” he said.

He said he was encouraged to run for the seat by Senator Evans and others and has “gotten a really enthusiastic response.”

He believes that a lot of good can be done in California, which he believes is “turning the corner” and thinks this will be an exciting time to serve in the Assembly.

“One of the biggest things that concerns me is the state of higher education right now,” he said.  He has lived the last twenty years in the Silicon Valley followed by the Napa Valley.  “I think most people can agree those are pretty strong economic success stories in California… and both are absolutely tied to our higher education system.”

He cited a couple of Stanford Graduates, Bill Hewlett and David Packard, who decided to put their company in Palo Alto, and “between that and the research happening at UC Berkeley, that’s really where we saw the Silicon Valley come from.”

“In Napa Valley, people are growing premium viticulture and other crops… because of the research that happened and is happening right here in Davis at UC Davis,” he added.  “For California’s continued prosperity and opportunity we need to make sure that our higher education systems stay accessible and affordable.”

“I think it’s criminal the way that students are getting out of school today buried under debt to finance their education,” he said.  “From an ethical standpoint, I think we’re doing a huge disservice to these young people having them buried under their education costs like that.”

“Long term economically, California’s chief export is still innovation,” Matt Pope said.  He said that the current system is harming California long term by creating such debt for the students and he points to the half a million fewer students he says are enrolled overall in higher education in California.  “That’s a real dangerous trend and we need to find stable revenue sources to continue to fund that.”

This is primarily an agricultural district and he said, as a Napa County supervisor, they have done a lot to balance their traditional agricultural preservation with economic development.

From his experience, however, they have a booming economy that contributes billions to the California economy, with a number of great jobs, but “it’s predicated on good land use protection, good agricultural protection.”

He said he is interested in protecting the land and those who depend on the land to make their living.

He is also concerned with what he calls the bread and butter issues.  He cites his work as a reserve police officer and the need to provide for safe communities and safe streets and he is also concerned about creating a more stable revenue stream.

While most people expect that there will be two Democrats who emerge for the November general election, Matt Pope is not sure that is for the best.

“It seems to me that the new system seems to have almost a sort of anti-democratic – small d – democratic – process effect of limiting people’s choices after the primary,” he said.

Matt Pope laments the culture of politics, stating, “We’ve gotten to this level of toxicity lately where not only are you a member of the other party but somehow you have to become a bad person because of that.  You’re anti-all that is good and decent and wholesome.”

“I think the reality is that we don’t have these big swings in our society toward one party or the other, I think there’s a lot of belief in public service and wanting to get to something that works, an ideal of statesmanship that we sort of lost with this radical entrenchment,” he said.

He said that there is a lot of hope that the supermajority in California will help to get things done, “I think there always need to be [those] that believe that it’s okay for us to have very different belief systems and very different visions for what the role of government should be,” he said, and that the Assembly floor is the appropriate place to make the arguments and convince each other of the worthiness of our positions.  “But at the end of the day, we’re all working for California.”

He argued that this is not “rocket science,” it is about treating people decently, doing homework, listening to ideas, considering the most compelling case, hearing arguments, listening to your constituents.

Matt Pope also argued that, despite the fact that there is a Democratic governor, it does not mean he should get everything he wants.  Mr. Pope views his job as representing the people in the fourth district.

On some of the key issues, he argued that the prison system has to fundamentally change.  Some crimes, he argued, are so bad that people need to stay in prison for long periods of time in order to protect society.  Others are people simply making a mistake and it is possible to correct that behavior in the future.

He said that he would like to see a restructuring of the prison system to put more emphasis on diversion and rehabilitation in cases where there are not necessarily indicators of lifelong criminality, while reserving long term incarceration for those who cannot safely integrate into society.

Matt Pope wants to look at more stable revenue streams for higher education and he looks toward efforts like AB 241 to institute a severance extraction fee for oil, as he argues California is the only major oil producing state that does not charge.  Billions, he said are being left on the table.

On the issue of the Delta, he comes down on the side of Congressman John Garamendi and other regional leaders, believing that it is in the best interest of the Fourth Assembly District to be skeptical of plans to send water to the south.

Finally, he looks to changing the paradigm where community development is planned to accommodate the automobile.  He wants to look to rails, alternative transportation and community planning that puts jobs closer to where people live.

He said this “is going to take awhile.”  But he noted that the younger generations have less interest in getting a car, and are looking more at alternative means of getting around.  He called this a new urbanism where people are looking at walkable and bikable distances.  To do this, however, we “need to change urban planning.”