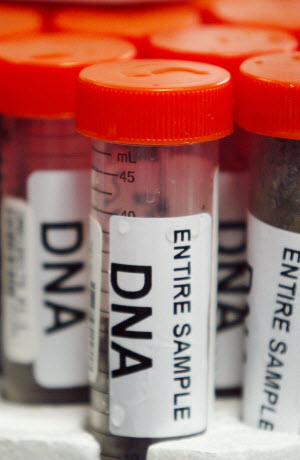 This week, two seemingly unrelated stories have continued on a national level.  One is a controversial 5-4 decision by the US Supreme Court, and the other is the still-burgeoning “scandal” which shows the Executive Branch, the NSA (National Security Agency), the FBI, and other agencies broadly and vastly increasing their surveillance on private citizens.

As Nothern California ACLU Staff Attorney Michael Risher wrote this week, “The Supreme Court’s 5-4 decision upholding Maryland’s arrestee DNA testing law is a serious blow to genetic privacy. The ruling allows the police to seize the DNA of innocent Americans who have never been convicted of any sort of crime, without a search warrant.”

In writing the opinion, “The majority opinion goes against decades of precedent that makes it clear that the police cannot search an individual for evidence of a crime (and that’s clearly what they are doing here) without a specific reason to think that the search will actually uncover some evidence.”

DNA testing of arrestees has very little to do with identification of the accused individual and everything to do with solving unsolved crimes.

As Steven R. Shapiro, legal director of the American Civil Liberties Union, argued, “While no one disputes the importance of that interest, the Fourth Amendment has long been understood to mean that the police cannot search for evidence of a crime – and all nine justices agreed that DNA testing is a search – without individualized suspicion.”

When the decision came out, I had a long discussion on the issue with a friend of mine.  The bottom line is a lack of acknowledgement here that collecting DNA is vastly different from taking fingerprints or photographing suspects.

As Mr. Risher writes, “DNA is fundamentally different – it is our genetic blueprint.”

The court emphasized that the Maryland law only allows police to take DNA in cases where people are arrested and charged with very serious crimes.

In fact, under the Maryland law, “The government can only test the DNA samples of those people who have actually been charged with a crime and only after a judge has found that there is probable cause to think the person has actually committed a crime.”

However, other states have much more lenient policies.  In California, even the most minor crimes can allow the government to collect the DNA.

Writes Mr. Risher, “These laws also allow the government to analyze that DNA sample even if you are never charged with a crime or if a judge decides that there is no reason to think you have ever committed a crime in the first place.”

He indicated that the ACLU will move ahead with their challenge of California’s far broader law.

He writes, “We hope that the Courts will recognize that, despite today’s unfortunate decision, these much broader laws violate our fundamental rights to privacy and the Fourth Amendment’s command that ‘the right of the people to be secure in their persons, houses, papers, and effects, against unreasonable searches and seizures, shall not be violated.’ A single police officer’s decision to arrest a person for a minor offense should not justify this intrusion into genetic privacy.”

For me, the real question is why would someone be reluctant to allow the government to store a registry of people’s DNA, particularly for those who have never been convicted of a crime?

It is here that the issue of DNA, at least for me, connects to another national story.  The article in the Guardian that shows “The National Security Agency is currently collecting the telephone records of millions of US customers of Verizon, one of America’s largest telecoms providers, under a top secret court order issued in April.”

“The order, a copy of which has been obtained by the Guardian, requires Verizon on an ‘ongoing, daily basis’ to give the NSA information on all telephone calls in its systems, both within the US and between the US and other countries.”

How did we get there?  Not overnight.  And that is the point.  ProPublica on Friday published a very comprehensive timeline that shows the evolution from the creation of the surveillance court or FISA (Foreign Intelligence Surveillance Act) in 1978 to the recent discovery of Obama administration encroachments.

Ironically, FISA was created in the aftermath of Watergate “to regulate how the government can monitor suspected spies or terrorists in the U.S.”

However, “The law establishes a secret court that issues warrants for electronic surveillance or physical searches of a ‘foreign power’ or ‘agents of a foreign power.’  However, “The government doesn’t have to demonstrate probable cause of a crime, just that the ‘purpose of the surveillance is to obtain foreign intelligence information.’ “

In October 2003, ProPublica wrote, “AT&T technician Mark Klein discovers what he believes to be newly installed NSA data-mining equipment in a ‘secret room’ at a company facility in San Francisco. Klein, who several years later goes public with his story to support a lawsuit against the company, believes the equipment enables ‘vacuum-cleaner surveillance of all the data crossing the Internet – whether that be peoples’ e-mail, web surfing or any other data.’ “

Then in March 2004, Andrew Card and Alberto Gonzales go to the hospital bed of then-Attorney General John Ashcroft.  Their purpose?  “To convince the seriously ill attorney general to sign off on the extension of a secret domestic spying program. Ashcroft refuses, believing the warrantless program to be illegal.”

ProPublica writes, “The hospital showdown was first reported by the New York Times, but two years later Newsweek provided more detail, describing a program that sounds similar to the one the Guardian revealed this week. The NSA, Newsweek reported, citing anonymous sources, collected without court approval vast quantities of phone and email metadata ‘with cooperation from some of the country’s largest telecommunications companies’ from ‘tens of millions of average Americans.’ “

In December 2005, warrantless wiretapping was revealed as the New York Times, “over the objections of the Bush Administration, reveals that since 2002 the government ‘monitored the international telephone calls and international e-mail messages of hundreds, perhaps thousands, of people inside the United States without warrants.’ ”  President Bush in January of 2006 defended what he called “the terrorist surveillance program.”

The Patriot Act was renewed in March 2006 and in May of that year, the “USA Today reports that the NSA has been collecting data since 2001 on phone records of ‘tens of millions of Americans’ through three major phone companies, Verizon, AT&T, and BellSouth (though the companies level of involvement is later disputed.) The data collected does not include content of calls but rather data like phone numbers for analyzing communication patterns.”

In addition, in 2006, “The mass data collection reported by the Guardian this week apparently was first authorized by the FISA court in 2006, though exactly when is not clear. Dianne Feinstein, D-Calif., chairwoman of the Senate intelligence committee, said Thursday, “As far as I know, this is the exact three-month renewal of what has been in place for the past seven years.” Similarly, the Washington Post quoted an anonymous “expert in this aspect of the law” who said the document published by the Guardian appears to be a ‘routine renewal’ of an order first issued in 2006.”

In January 2007, “Attorney General Alberto Gonzales announces that the FISA court has allowed the government to target international communications that start or end in the U.S., as long as one person is ‘a member or agent of al Qaeda or an associated terrorist organization.’ Gonzalez says the government is ending the ‘terrorist surveillance program,’ and bringing such cases under FISA approval.”

Later in August 2007, “The FISA court reportedly changes its stance and puts more limits on the Bush administration’s surveillance (the details of the court’s move are still not known.) In response, Congress quickly passes, and President Bush signs, a stopgap law, the Protect America Act.”

In September 2007, “The FBI and the NSA get access to user data from Microsoft under a top-secret program known as Prism, according to an NSA PowerPoint briefing published by the Washington Post and the Guardian this week. In subsequent years, the government reportedly gets data from eight other companies including Apple and Google. ‘The extent and nature of the data collected from each company varies,’ according to the Guardian.”

In July 2008, “Congress follows up the Protect America Act with another law, the FISA Amendments Act, extending the government’s expanded spying powers for another four years. The law now approaches the kind of warrantless wiretapping that occurred earlier in Bush administration. Senator Obama votes for the act. The act also gives immunity to telecom companies for their participation in warrantless wiretapping.”

In 2009, the New York Times learned that “the NSA had gotten ahold of domestic communications it wasn’t supposed to.”

In February 2010, President Obama signed a temporary one-year extension of the Patriot Act and then again in May 2011.

In March 2012, “In a letter to the attorney general, Sens. Ron Wyden, D-Ore., and Mark Udall, D-Colo., write, ‘We believe most Americans would be stunned to learn the details’ of how the government has interpreted Section 215 of the Patriot Act. Because the program is classified, the senators offer no further details.”

In July 2012, Senator Wyden in a declassified statement said that FISA found “on at least one occasion that information collection carried out by the government was unconstitutional. But the details of that episode, including when it happened, have never been revealed.”

Congress then extended the FISA Amendment Act another five years in December 2012.

In April 2013, “As the Guardian revealed this week, Foreign Intelligence Surveillance Court Judge Roger Vinson issues a secret court order directing Verizon Business Network Services to turn over ‘metadata’ — including the time, duration and location of phone calls, though not what was said on the calls — to the NSA for all calls over the next three months.”

Verizon is ordered to deliver these records on an ongoing daily basis. and AT&T and Sprint have similar arrangements.

Meanwhile, Senator Dianne Feinstein and Senator Saxby Chambliss, who are the chair and vice chair of the Senate Intelligence Committee, held a news conference this week to dismiss criticism of the order.

In an ironic statement, Senator Chambliss defended the program, stating, “This is nothing particularly new.  This has been going on for seven years under the auspices of the FISA authority, and every member of the United States Senate has been advised of this.”

It is likely that in 1978 when FISA was created, and perhaps even in 2001 when the Patriot Act was passed – though civil libertarians doubtlessly would not be surprised, the extent of the intrusion by the federal government into the private lives of citizens was not contemplated.

However, when people wonder why civil libertarians and others are concerned about the court’s DNA ruling, watch the long history here.  My friend was trying to figure out exactly what the risk was of the DNA getting into the hands of those in government, but that is beside the point.  As we can see from the long history of FISA and surveillance, we may not be able to predict immediately the consequences of a broad-reaching policy.

62 thoughts on “Sunday Commentary: Court Decision on DNA Opens the Door Much as FISA Did 35 Years Ago”