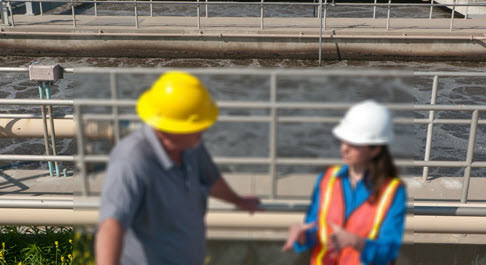 It won’t exactly be Oliver North facing down Democratic legislators at the Joint Congressional Committee from 26 years ago.  But then again, Dennis Diemer, the General Manager of the Woodland-Davis Clean Water Agency, presumably won’t be lawyered up, ready to take the Fifth either.

The real question is whether anyone on council, this side of Brett Lee, actually cares that much about this issue.

For those who missed it, less than two weeks ago we learned that the second of three firms bidding on the DBO process for the surface water project, CDM Smith and United Water, had “determined that they are unable to correct deficiencies in their proposal necessary to comply with RFP requirements and have withdrawn from the competition.”

Now, just three weeks before the anticipated deadline, the DBO “competition” has been “narrowed to a single highly-qualified DBO team.”

Dennis Diemer noted at the time, “CH2M Hill must still submit a responsive proposal meeting all of the Agency RFP technical, performance and cost requirements by the July 30, 2013 deadline.   Once received and determined responsive, CH2M Hill will then enter into contract negotiations with WDCWA as the final step in ensuring that they will meet or exceed all requirements.”

He added, “WDCWA will continue to pursue additional cost savings opportunities and project enhancements during the negotiations.”

One Davis Enterprise columnist has been skeptical.  Last week, in response to the claim that the last firm standing “must still submit a responsible proposal…”, Bob Dunning wrote, “Translation: They have us over a barrel. If they walk, the project is dead.”

He continued, “What Dennis Diemer seems to be telling us is that, sure, Monticello Dam burst overnight, wiping out Winters and Davis and Dollar Hot Dog Day at Raley Field, but the rupture does allow young Coho salmon to swim up Putah Creek to spawn, just like we envisioned.”

As he noted sardonically, “Why did we initiate a competitive bidding process in the first place if we’re so clearly better off without it?”

Mr. Dunning added, “Fortunately, several members of the Davis City Council that brought us this project have seen through the bluff and the bluster to realize that the lack of competitive bidding on a project this size is not what the voters had in mind when 54 percent of them gave the go-ahead last March.”

However, that part might be wishful thinking on the part of Mr. Dunning.

From my vantage point, there is just one councilmember engaged on this issue and that is Brett Lee.

“I am very concerned about this recent development,” Councilmember Lee said in a statement. “The WDCWA has been very good at setting the criteria that makes sure that whatever firm is selected will be well qualified to carry out the design, construction and initial staffing of the plant. However, I believe that it is the competitive bidding process that would have provided us with an assurance that we are not over-paying for the project. Even a modest 1 percent to 2 percent difference in bids would yield savings of $2 million to $3 million dollars.”

The rest of the council seems rather alarmingly disengaged on this issue.

Mr. Dunning wrote, “Mayor Joe Krovoza, perhaps the most stalwart supporter of the water project in general, has his doubts about the latest developments.”

He quoted the mayor saying, “I am disappointed that both Violia and CDM expressed strong interest, we worked with them, and then they dropped out. Stinks. I do believe our team was tough but fair on Violia and CDM, and they dropped out. Violia says the process was too long. Hogwash. If they were confident they could win, they’d be bidding. Ditto CDM.”

However, in my conversations with the mayor, he has largely downplayed the development, believing along with Dennis Diemer that the process itself will yield similar results, regardless of the numbers of competing firms.

The problem with that view is that the agency has really lost its leverage.  Maybe CH2M Hill will submit the same proposal regardless.

Perhaps Mr. Diemer is correct that the project will come in about 19% below the original estimate.  The agency avoids wasting more time and money on the competition.  Veolia and CDM dropped out because they knew they would not be able to win.

But CH2M Hill also knows some other things.  Critics of the surface water project keep arguing that there is no rush, but they are incorrect on that point.  There is a huge rush and the agency must move forward on the present timeline or Woodland will face huge regulatory fines.  C2HM Hill knows this, so will they try to take advantage?

The competitive bid process was the last remaining leverage that the agency had on this.  Now that it is CH2M Hill or regulatory fines for Woodland, there does not seem anything keeping CH2M Hill from capitalizing on the agency’s sudden loss of clout.

One of the things we feared when both Dan Wolk and Joe Krovoza announced their bid for higher office was that the key issues on the council might become secondary.  Right now, Brett Lee seems the only one rightly disturbed by these developments.  He is also the only one disturbed by not only the $30 million that the council punted on wastewater, but also the terms of the RFP that preclude council from asking questions.

Councilmember Lee was also the lone voice of concern about the increased costs for going to a one-month billing cycle which will now require monthly meter readings, even though Mr. Lee pointed out ways that the city could save $200,000 or more by going to a more sophisticated system that reads the meter bimonthly while breaking the bill into two parts.

When only one councilmember seems engaged and concerned on these fronts, the ratepayer and the taxpayer end up on the short end of the stick.

Tough questions need to be asked of Mr. Diemer.  Tonight’s discussion will go a long way toward determining the extent to which we have a council engaged on the issues at hand.

Share:
Previous : Commentary: Is the Court Set to Strike Down DOMA and Prop. 8?
Next : Fire Debate Erupts Over Boundary Drop, New Developments and Station Relocation