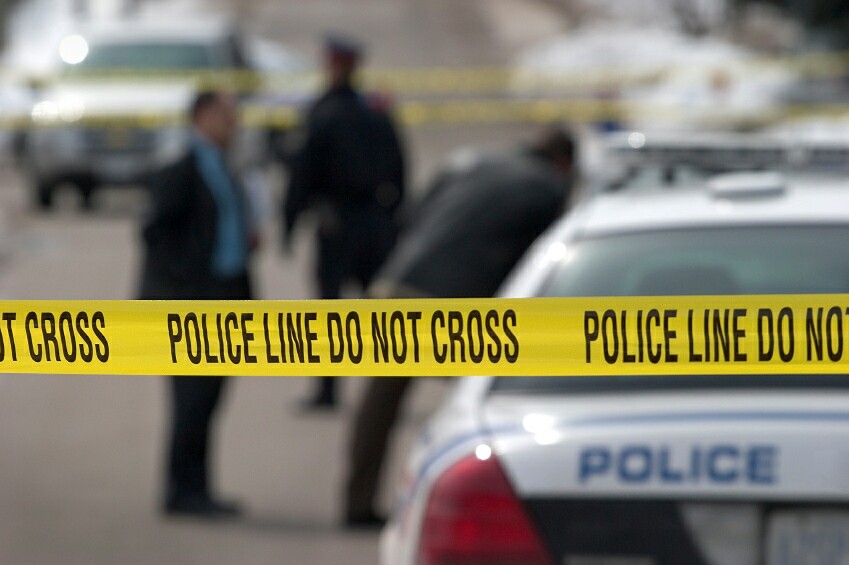 This morning’s Sacramento Bee reports that another longtime female sheriff’s deputy in Yolo County has filed suit, alleging that Sheriff Ed Prieto subjected her “to protracted sexual harassment, culminating in his offer to trade an assignment for oral sex.”

Denny Walsh, the reporter at the Bee, writes, “Robin Gonzalez claims in a federal lawsuit filed Wednesday that the blatant conduct has continued for almost her entire 11 years under Prieto’s command.

“The uninvited and unwanted attention has included hugging and kissing her, cradling her buttocks in his hands, pinching other parts of her body, lewd stares, repeated observations regarding her appearance and weight, and remarks laced with sexual innuendo, according to Gonzalez.”

The alleged conduct culminates with a suggestion that the deputy could continue as an investigator “if she performed oral sex on him.”

Ms. Gonzalez reported the behavior finally to HR Director Mindi Nunes who allegedly “told her there was not much her office could do because Prieto is an elected official.”

The Bee adds, “However, Nunes did look into the matter and found at least some of her grievances were justified, Gonzalez relates, and Prieto promised to avoid contact and conversation with Gonzalez. Instead, she says, he continued the actions that have created a hellish working environment for her, and her fear of retaliation became a reality in various ways.”

The sheriff declined response.  However, attorney Cori Sarno with Kilday & Kilduff, who represents Mr. Prieto and Yolo County, said, “This lawsuit is a bogus attempt to extort money from the county (a co-defendant in the suit) by making false, inflammatory claims against the sheriff.”

Ms. Sarno adds, “The county has looked into Deputy Gonzalez’s claims by hiring an independent investigator who interviewed quite a few people in the department and found no evidence to support her claims.”

This the third such lawsuit against the Sheriff since early 2012.  While one might be tempted to conclude where there is smoke, there is fire, we would caution against such a conclusion.

The first previous suit was thrown out on summary judgment by U.S. District Judge Kimberly Mueller who ruled, “Even assuming the terms ‘gravy’ and ‘dark one,’ as directed at plaintiff by Sheriff Prieto and other deputies, are subjectively and objectively offensive slurs, they were neither frequent enough nor severe enough to create a hostile work environment.”

The second, by Victoria Zetwick, alleges relatively minor conduct including a kiss on the cheek.

For us, the far more concerning development in the sheriff’s department involves revelations that two sheriff’s deputies in separate incidents may have lied in their incident report and on the stand regarding the basis for conducting searches of separate individuals in traffic stops in Yolo County.

Both of these incidents involve provable allegations that were recorded in court transcripts and backed up by video and audio evidence.

As the Vanguard first reported on Tuesday, according to court transcripts, Deputy Del Castillo of the Yolo County Sheriff’s Department indicated in his incident report that the defendant had consented to a search, when video and audio evidence presented in court clearly demonstrated that was not the case and the defendant had not consented to the search.

“What is really troublesome to the Court is the deputy’s misrepresentation in the incident report, which brings into question the deputy’s credibility from the get-go,” Judge David Rosenberg said in a court transcript from one of the cases, in granting a motion to suppress evidence that led to Deputy DA Jared Favero dismissing the case due to lack of evidence.

In the second case, probation status was in dispute, with the deputy clearly misinforming the defendants of the probation status, using it to unconstitutionally searching the vehicle.

“I think what is very troublesome to the Court is Deputy Hallenbeck’s flat out misrepresentation to the defendants. That is very troublesome to the Court,” Judge Rosenberg said in the second case.  “Deputy Hallenbeck was informed that Ms. Myers is on probation, ‘no reference to searchable status,’ and yet he stated in no (un)certain terms on two or three occasions that we have a defendant who is on searchable probation and effectively used that as a bludgeon to intimidate the passengers.”

Judge Rosenberg continued, “He was told that there’s ‘no reference to searchable status,’ and the officer stated that she was on searchable probation.”

“It is clear that the defendant did not want the vehicle searched and didn’t hear any reason why the vehicle should be searched,” Judge Rosenberg said.  “So that kind of conduct is just unacceptable to the Court. Citizens should not be treated that way.”

Yolo County Sheriff Ed Prieto spoke to the Vanguard on Monday morning, and, after becoming aware of the incidents, he vowed a full investigation.

In both cases the misconduct by Sheriff’s deputies was severe enough to earn a strong rebuke from Judge Rosenberg and resulted not only in the suppression of evidence but the dismissal of cases where individuals were found to be in possession of drugs and drug paraphernalia.

Unfortunately, these types of pretext searches are probably more common that we would like to believe.  In these cases, the deputies got caught, ironically, because they actually found something.

As Judge Rosenberg would note, “It just appeared to the Court that much of this was pretextual so that the officer could get into the vehicle to search it.”

Some dismiss these cases as getting off on a technicality or suggest that law enforcement, while getting disciplined for the violation of civil rights, should be credited for correctly predicting violations of the law.

But the only protection that citizens have is the protection against unreasonable searches and seizures which need to be supported by warrants or probable cause.

These rights were written into the Constitution to prevent the government from infringing on the rights of ordinary citizens.  The government here exceeded its authority and now those operating as its agents need to be held accountable for it.

In these two cases, the deputies lacked probable cause to conduct their searches and lacking that probable cause, they went so far as to fabricate their justifications for the searches.

Without video evidence in the first case, Deputy Del Castillo might very well have gotten away with lying about the individual’s consent to a search.  The video however is the best witness here, showing that the individual said “no” to the search when the deputy said he had said “yes.”

In the second case, the dispatch record makes it clear that the individual was not on searchable probation.  The deputy was told this, but he told the defendants repeatedly that they were.

As Judge Rosenberg noted, the deputy “stated in no (un)certain terms on two or three occasions that we have a defendant who is on searchable probation and effectively used that as a bludgeon to intimidate the passengers.”

So here you not only have the fact that there was a lack of probable cause to effect a search, but also the fact that in both cases the deputies were dishonest.

Unfortunately, while Sheriff Prieto may conduct his investigation, it seems unlikely, given state laws protecting peace officers, that either deputy will face any kind of real punishment for their transgressions.

While the Vanguard certainly does not dismiss the severity of a sexual harassment allegation, we are much more concerned with the conduct of the sheriff’s deputies operating under the color of authority, with the ability to lawfully deprive people of life, liberty and property under a due process of law.

The problem here is that the due process of law was circumvented.

The Vanguard is disappointed that other regional media outlets are quick to publish the salacious details of alleged oral sex or the threat of it, but slow to publish accounts of dishonesty under the color of authority.

To make matters worse, in one case, we see mere allegations.  In the other, these violations came to light in a judicial proceeding with strong evidence and a strong rebuke from the former presiding judge.

Share:
Previous : Sunday Commentary: Just When You Thought It Was Safe…
Next : Can a Business Park Work at Cannery?

23 thoughts on “Commentary: Is There a Problem at the Sheriff’s Department?”