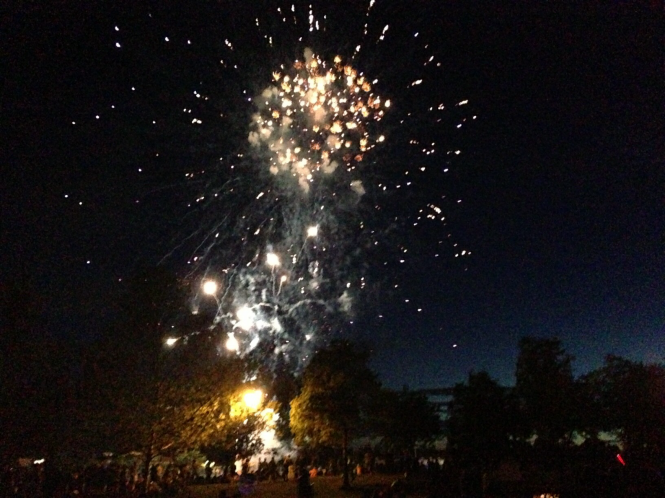 It’s the 4th of July and our experiment in a new form of government is now 237 years old. And over two and 1/3 centuries later we are still working through how this government works through the fine points in a system of “government of the people, by the people, and for the people.”

Several days ago, I had the privilege of speaking at a lunch-time brown bag with members of the Davis Downtown Business Association. We talked about many topics at the brown bag, but Lincoln’s words (above) now resonate in my mind… like our federal government system that is constantly striving for a more perfect union, our efforts in Davis-centric economic development should be analogous. And perhaps, they should be revolutionary.

We are a community that has a history of new ideas. New types of development standards, support for transportation modes with new infrastructure and new ways of conserving our natural resources. The early settlers of our nation also had new ideas and didn’t accept the status quo to define their existence. They worked together to make a better place.

As we know now, our early leaders made mistakes and were sometimes motivated by their own personal gain instead of creating a better place for all. They fought with each other over viewpoints that sometimes led to some very distractive actions. But we as a nation continued to slog forward, righting the wrongs as we go and working to achieve the idealism that those early settlers and revolutionary leaders held so dear.

Similar to researchers in a lab, they work to understand the problem they are trying to solve… problems such as a cure for cancer, why do people have trouble sleeping or can we control pests in crops without pesticides. Sometimes they solve the problem, but they rarely find the solution right away and often have to complete many trails and errors to get there (if at all). And many times they find new information they weren’t seeking, but can often inform others work or lead to new research.

This nation has challenged notions around freedom of religion, taxation, slavery, prohibition and voting rights. There was turmoil and angst, and sadly, sometimes violence.  We can now agree that these things in retrospect (sometimes many decades later) were misguided notions and it puzzles even my own teenagers why people would even fight about these topics. Context is everything.

A commentary on the Vanguard yesterday premised that “There was a time when Davis was the environmental leader, the innovator” (Commentary: Once a Proud Progressive Legacy, Davis Finds Itself Behind the Times, Playing Catch Up). Like those times in our national history, the populace of Davis has found itself at a cross-roads. One way to address this critique of letting our legacy slip is to become revolutionary in our approach to some of the issues we have at hand.

One issue we can all agree on that is in specific need of addressing is the lack of revenue for City obligations. What if we acted like our country’s founders, and many leaders throughout our national history, and coalesce into a unified group committed to solving this issue.  What if we put just some of the energy we use on debating issues in to defining some solutions for our revenue shortfall? Like our nation’s founders, or the researchers in the labs, we will make lots of mistakes and probably learn some things about ourselves along the way. But a burden taken on mutually will most certainly become lighter… and I suspect we will find solutions to our revenue needs and solve some of our complex economic development paradigms.

And who knows, we may be viewed in history as creating a revolutionary way of addressing these issues that are faced by cities and counties across our country.  So, in respect for our national leaders, and the people who have fought hard for our ability to try new things and work towards a common goal, let’s figure out how to solve our revenue shortfalls and make a place for all of our community… residents, businesses and the researchers alike.

If you want to share your ideas, or maybe come find a revolutionary solution, join us at the next DSIDE meeting (a group formed from businesses, city staff, university reps and engaged citizens) on Thursday, July 11th from 8:30-10:30 am in the Sudwerk Marzen Room, located at 2001 Second Street for a presentation on the proposed Embassy Suites Hotel/Conference Center.

Thoughts on this subject?  Please let me know. My email is rwhite@cityofdavis.org.