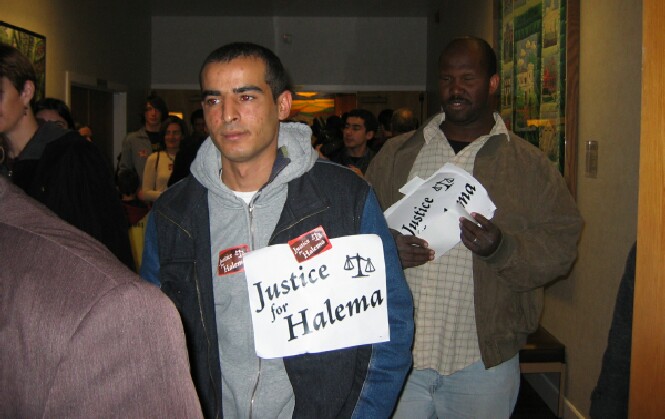 In June of 2005, a witness reported to the Davis Police Department what they believed to be a hit and run accident in the parking lot of Safeway in South Davis.  The witness did not report seeing contact between the two vehicles, but noticed some damage to the car as the family’s SUV pulled away.

Investigating a misdemeanor crime, Davis Police Officer Pheng Ly made the fateful decision to arrest the 16-year-old high school student Halema Buzayan at 10 pm at night, despite the family’s request that they bring her to the police station for questioning the next morning.

While the details of the case would surface over the course of the next year, the fallout was drastic.  After a long and drawn-out public period of outcry on both sides of the issue, the police chief at the time resigned to take a similar position in Antioch and the Davis City Council shut down the Human Relations Commission.

Now, seven years after a lawsuit was filed and eight years after the incident, the family has made the decision to walk away from their lawsuit filed in federal court, without any compensation or settlement.

Jamal Buzayan, the father of Ms. Buzayan, told the Vanguard that the lawsuit was never about the money for the family and always about justice.  He turned down several settlement offers in the past because they contained no admission of wrongdoing or an apology.

In addition, his focuses changed two years ago.  That was the day when he received a call from his brother in Libya, a brother he had not spoken to in 37 years.  It was at the beginning of the Libyan uprising and, when Mr. Buzayan went there, he found his country torn apart, with children orphaned and missing limbs.

The result of his visit was that Mr. Buzayan would go back to his country six times in the two years helping to set up a foundation with the aid of other relief organizations, to assist in providing medical care to the children victims of the uprising.

The costs of pursuing the case, which Mr. Buzayan estimated at more than $500,000, were prohibitive.

Defense attorney John Whitesides told the Sacramento Bee in their Tuesday article that there simply was not much left of the suit.

Judge Morrison England had thrown out portions of the suit previously, including the suit against the Davis Enterprise and its employees.  He later struck down the defamation allegations against the city of Davis.

Attorney Whitney Leigh told the Vanguard this morning, “I’m really glad that the family is doing so well.”

“Obviously we would like to pursue the litigation but this is a long process,” he said.  “This was something that we thought was important to pursue but we think that there are things more important.  I think they made a reasonable decision given the importance of what they’re doing right now.”

He also took some issue with claims that the suit was in trouble. 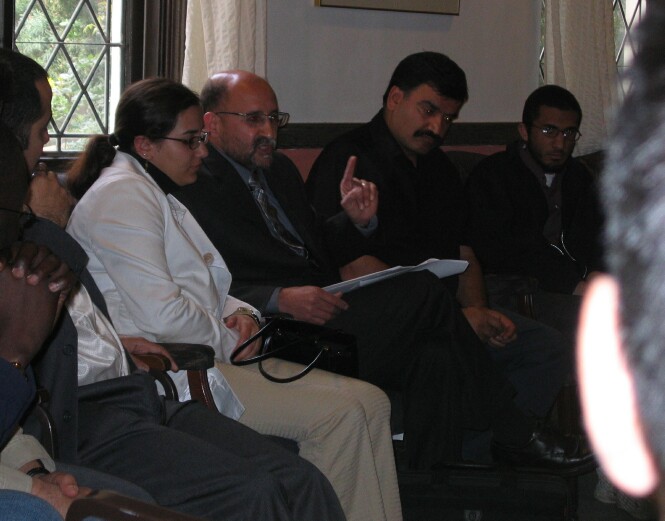 “The case clearly had merit and that’s why the 9th Circuit expressly said that the key issue, which is whether or not it’s okay to invade a home at night for the purposes of arresting a minor, would continue, which was always the key case,” he said.  That was a key part of the case and the part that they expected to win.

Ms. Buzayan was originally charged with the misdemeanor.  However, those charges were dismissed by Superior Court Judge Thomas Warriner when he ruled that the family had already paid compensation for the damages.

Defense investigators had cast doubt on whether the collision actually occurred, noting the damage did not seem to line up.  A report by Consulting Mechanical Engineer Albert Ferrari found that there were inconsistencies in the damage to the two vehicles.

“He concluded that the damage to the Toyota did not match damage sustained by the Mazda, opining that the areas of bumper and right front damage to each vehicle are inconsistent both with respect to ‘location, elevation, severity, size, shape and transferred paint,'” the suit alleged.

As Judge England noted in an earlier opinion, “Given these opinions, the reasonableness of Officer Ly’s opinion that a collision had taken place between the two vehicles is brought into question, particularly given the fact that the witness had not seen any actual contact between the Mazda and Toyota.”

He also questioned the nature of the lineup presented to the two witnesses. “Plaintiffs point to defects in the composition of the lineup given the sharp contrast between Halema’s smiling demeanor and the demeanor of the other included individuals. Moreover, even given that discrepancy, Plaintiffs correctly point out that only one of the two witnesses who observed the driver of the Highlander in the Safeway parking lot (Marc Rowe) were able to affirmatively identify Halema Buzayan as the driver.”

Officer Pheng Ly, in a recording played by KGO reporter Dan Noyse, said: “The subject kinda has a smile on her face when she’s telling me all this. I think she knows more than what she’s saying.” Then, the officer takes note of Najat’s traditional head scarf. Officer Pheng Ly: “The interesting thing I noticed about the mom is that she wears something over her head and the daughter doesn’t and the witnesses didn’t mention anything about that, think they would have mentioned that to me. So, it’s probable the daughter was driving the car.”

Mr. Noyse reported, “Ly never bothers to ask Najat about her scarf – if he had, he would have found out that both the mother and her daughter, Halema, wear them sometimes. Still, the officer has the two witnesses check a photo lineup with Halema’s picture. One identifies her as the driver, the other picks someone else. Davis Police do not take what would seem to be the obvious next step.”

Whitney Leigh, Buzayans’ attorney in a 2006 interview, said, “They never conducted any lineup that included a photograph of the mother which is standard police procedure and something that really surprised me in this case.”

According to Mr. Noyse’s account, Officer Ly “asks Jamal to see his daughter, Halema, the 16-year-old honor student, but she’s asleep. He offers to bring her to the station in the morning, but Ly insists. Halema comes down the stairs and gets the shock of her life.”

Officer Pheng Ly is heard saying on the recording released to the TV station: “Well, based on my investigation, okay, I believe that you were driving the car, okay?”

Halema Buzayan responds “Are you serious?”

Officer Pheng Ly: “So, I am placing you under arrest, okay?”

Mr. Noyse continues, “Halema asks to change out of her pajamas, but Officer Ly insists she just throw on socks and shoes. Her father stands by helplessly.”

Jamal Buzayan said, “That was the most humiliating experience I had in my life. And, you know you’re just hopeless and you don’t even know what’s going to happen.”

“The officer drives Halema to the police station, interrogates her, and books her. He tells the girl again and again to just tell the truth, even while fingerprinting her,” Dan Noyse continues.

In addition to the actual arrest, there are two other critical issues.  The first is whether Ms. Buzayan had requested an attorney which was ignored by Officer Ly.  The second was the attempted use of Ms. Buzayan’s civil complaint to the police department to compel her to confess to the crime to Officer Gina Anderson.

In the end, we have never gotten to the bottom of these stories.  The damage to the community was tremendous in terms of the polarizing effect the official handling of this case produced.

At the same time, while the incident caused one police chief to leave under a cloud, and the HRC to be disbanded temporarily before being reconstituted a few months later, there are some positives.  A new police chief came in, Landy Black, who helped restore the professionalism of his department and increase public trust.  The position of police ombudsman, now police auditor, while a compromise from the civilian review request, has proven vital in helping to achieve reasonable police oversight.

It is also likely that, without this incident, there would be no Davis Vanguard – for better or for worse, depending on whom you might talk to.

Phote Captions: Protests in March 2006 exit City Hall.  Bottom: Halema Buzayan (in white) sits next to her father Jamal Buzayan at a community meeting at Davis Community Church in March 2006.