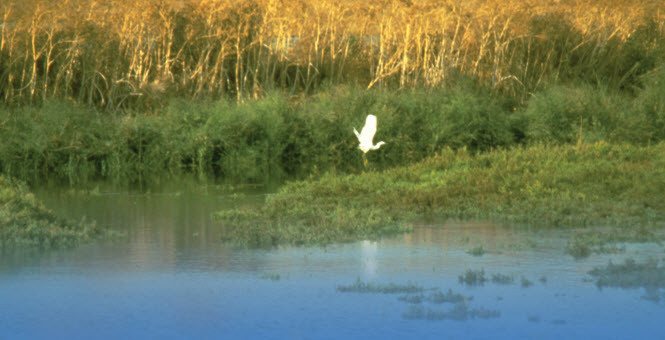 “The twin tunnels proposal is a $25 billion boondoggle paid for by the middle class taxpayer and water users. However, it doesn’t even create one new drop of water,” said Representative Garamendi while debating a representative from the Governor’s office. “This plan would take 100,000 acres of prime agricultural land in the Delta out of production so that 100,000 acres of marginal desert land in the San Joaquin Valley can continue to produce heavily subsidized crops.”

Garamendi presented his alternative proposal, “A Water Plan for All Californians.” Unlike the disastrous BDCP, which doesn’t create a drop of new water, Garamendi’s plan is a balanced approach that actually creates more water for the entire state.

The forum featured Dr. Jerry Meral, Governor Brown’s advocate for the twin tunnels, Ara Azhderian, a representative for the Westlands Water District, and Jonas Minton, Water Policy Advisor for the Planning and Conservation League, who proposed an alternative plan that shares many of the same priorities as Rep. Garamendi’s plan.

“The BDCP is a giant and expensive plumbing system that takes water from the Delta and pulls it down south. The twin tunnels are a pink slip for farmers, fishermen, and people working in tourism in my district,” explained Congressman Garamendi. “We can do better. With commonsense investments in levee improvements, water recycling, and conservation, along with a science-based water system that anticipates surplus water levels in the Delta while building the capacity to store more water throughout the state, we can improve water access while protecting Northern California water rights and preparing for the population spike we all know is coming.”

Almost all of the attendees at the event were very concerned about the BDCP’s impact on Northern California’s water supply and reliability. The Administration could only provide vague assurances to the audience that their water rights would be protected, despite the enormous capacity of the twin tunnels system. Everyone in the room agreed that new and improved storage has to be part of California’s water solution, despite the fact that the BDCP devotes no resources to new storage. The alternative proposals by Rep. Garamendi and the Planning and Conservation League, both of which include new storage, were well received.

A number of audience members expressed concerns about Northern California water rights, preserving water sheds in the region, and maintaining sufficient water for Northern California’s many farms and fishing waters. The audience was also deeply critical of the farmers in the Westlands Water District in Fresno and Kings counties who are shifting to more water intensive crops despite operating in parts of California that are naturally desert lands. The Delta and northern river communities were among California’s first farming communities, precisely because they can sustain productive farms without massive new taxpayer-funded plumbing.

Garamendi continued, “It’s not too late for the Administration to rethink its approach to California water problems. Instead of a $25 billion boondoggle, working together as one California, we can have a balanced approach that meets the needs of the entire state.”

To demonstrate the degree to which the BDCP is being pushed on the state without sufficient review, Garamendi alerted the audience to draft environmental documents by federal agencies that found the California Department of Water Resources’ draft Environmental Impact Report/Environmental Impact Statement (EIR/EIS) to be “biased” and “insufficient.”

The U.S. Bureau of Reclamation, U.S. Fish and Wildlife Service, and National Marine Fisheries Service were responsible for that analysis.

Garamendi, a Delta resident since the 1970s, led the fight to stop the peripheral canal in 1982. He is prepared to do the same if the Administration moves forward with the twin tunnels, but he is hopeful that all parties can get back to the negotiating table and work out a plan that protects the needs of the entire state.

Article provided by office of Congressman John Garamendi who represents Davis and parts of Yolo County in the US House of Representatives.