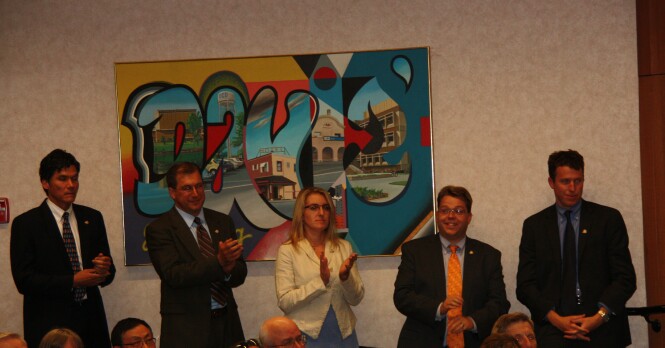 The issue of council compensation is a touchy subject, which is why the council hadn’t even touched the issue since 2000.  No one wants to have to raise their own salaries – it looks unseemly, especially at a time when the council is asking city staff and employees to take concessions.

That was the point that Dan Wolk made in voicing the lone dissenting vote.  But the fact is that few members of the community are going to begrudge moving the salary up to $1138 per month.  That is an amount that no one can live on, despite the Davis City Council being a full-time job.  Compare the workload of a councilmember to that of county supervisor who gets an actual salary and multiple private staffers and you see why this was a necessary move.

For me, at least, this comes down to basic fairness, but also another critical factor is that for years, we have had a council made up of either retired people or people who were independently wealthy and therefore able to not work.

The previous council, for example, was made up of Don Saylor and Ruth Asmundson who were both retired and receiving state pensions, Sue Greenwald whose husband worked at the university, Stephen Souza who took a personal hit on his business and had to cut back on hours as well as conflict out on some properties, and Lamar Heystek who was working full time and ultimately had enough of trying to work two full-time jobs.

The current council features five people who are working full time, some at challenging jobs that require extensive travel.  It is a personal sacrifice for them to make, but it has the potential to limit who might run for the council.

By law, the council could only raise their salary a certain amount, and that fixed it at $1138.

That did not stop the individuals from being uncomfortable.  Some, like Lucas Frerichs and Rochelle Swanson, indicated that they donated much of that stipend to charities and other 501(c)3 organizations.

In addition, it was noted that, with limited travel expenses, councilmembers were often paying out of pocket for city-incurred expenses.

While the raise would take effect in July of 2014 after Joe Krovoza and Rochelle Swanson’s terms are up, and Joe Krovoza stated he would be off the council and Councilmember Swanson would face reelection, three other members faced the specter of raising their own rates.

Dan Wolk voted no to avoid the appearance of conflict.  Lucas Frerichs indicated he has been donating his stipend to charities.  Brett Lee attempted to get the implementation grandfathered in, but was talked out of a more formal arrangement by city attorney Harriet Steiner.

In the end, the council voted 4-1 to implement the pay increase, and while there were some who felt this would undermine the council’s bargaining position, I think even most employees would have a hard time begrudging the council $1138 per month at a total cost to the city of $30,000.  The council can find ways to cut that amount fairly easily.

Changes to both campaign contribution limitations and election timing were both shot down unanimously.  The prevailing sentiment seemed to be captured by Lucas Frerich’s comment – if it ain’t broke, don’t fix it.

Campaign finance reform efforts represent a portion of the good government sector of the world that have never worked.  Efforts to rein in spending at the federal and even the state level have failed.  The influence of money – though never really provable by researchers – is pervasive in terms of access and agenda setting.

You may not be able to change a lot of votes with money, but money is often used to get like-minded individuals elected.

The biggest problem with money in Davis politics has been the amount of money that developers could spend to get their candidates elected, and the bundling of firefighters’ $100 contributions to form a $4000 or so block.

These are problems, but raising the campaign finance limits would not fix these problems.  We solved the problem of bundling through reporting and the shaming of candidates into better behavior.

The arguments in favor were that we had not raised the limitations in a while and that Davis has grown.  But Davis’ growth should influence the number of contributions – it should not influence the amount.

Yes, we have had inflation over the years, and things are more costly, but again, the system appears to work – so why mess with it?

The same is largely true of the changing of the timing of municipal elections.  The system roughly works.

As Dan Wolk suggested, the issue literally never comes up, but I do think that Steve Pinkerton made several key points on Tuesday.  First, participation in municipal elections has trended downward.  But that is partially an anomaly.

Why were the elections so high in 2000 and 2004?  Because they coincided with Presidential primaries and, in both years, the Democrats had contested elections.

There is a compelling argument that, by pushing the election to the general, you get 70 to 80-plus percent turnout.  You take council elections from the group of insiders that always vote and pay attention and you diffuse it a bit.

However, that comes with some serious downsides.  First, council elections right now are the focus of this community, while during a Presidential election in November, the focus would be on the Presidency.  Second, the cost of running an election in November would go up substantially – not only would candidates have to focus on a broader base but they would have to spend money to get above the din.

One member of council told me privately that, if we went to November elections, they really would have to increase campaign limitations.

Some have suggested that this was a ploy by Joe Krovoza to be able to run for Assembly without missing the deadline to file for reelection.  For the record, both the mayor and city manager vehemently deny that Joe Krovoza had any role in the agenda item whatsoever.

Some have suggested that Joe Krovoza tipped his hand when he gave favorable comments thanking staff for raising the issue, noting that it had not come up before.  He offered that it might be something to consider for 2016.  He said that he was always bothered by the lack of student participation in municipal elections and believed that there might be more in November.

It is a thin reed to hang onto for some sort of conspiracy.  More than one councilmember did offer that the optics and the politics this time around precluded perhaps a more full discussion and that in two years it might be something they would be willing to entertain again.

Still, for me, the council made the right decision.  I think the benefits of June outweigh the downsides.