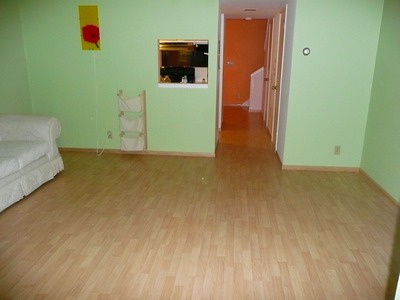 It took four years and five moves, but Igor Akimenko, a UC Berkeley senior, finally found a decent place to live. He shares a converted living room with three other people, in an 11-bedroom house about a half-mile from campus.

“I don’t even know how many people are living here – 14? – but there’s a lot of common space. It’s decent,” said Akimenko, who’s majoring in molecular cell biology and psychology. “Finding a place when you don’t have to worry about money is easy, but if you have a small budget, it can be very difficult.”

As rents and housing prices in Berkeley soar to record highs, students are piling into increasingly crowded accommodations to keep costs low. But these buildings – former single-family homes remodeled into “mini-dorms,” or homes with five or more bedrooms – have rankled neighbors for ushering in parking problems and noise.

Last week, the Berkeley City Council – which once had among the most student-friendly housing policies in the state – passed a law cracking down on any homes with five or more bedrooms. Under the new law, adding a fifth bedroom to a home will require an administrative use permit, and any further new bedrooms will require a public hearing.

The law applies to all homeowners in Berkeley residential neighborhoods, although some parcels within three or four blocks of campus would be exempt because they’re already zoned for high-density housing. That allows the university or other property owners to build dorms in the future.

The law is mainly intended to prohibit single-family homes in residential neighborhoods from being gutted and remodeled into large living quarters, with more than a dozen or so occupants.

The planning commission is considering taking the crackdown a step further, requiring annual permits for landlords who rent to large numbers of students. Specific numbers have yet to be determined, but the commission is likely to take up the issue of tougher regulations on mini-dorms within the next few weeks, based on a referral by the City Council.

Neighbors, especially in the student-heavy South Side area, said a mini-dorm crackdown is much needed to keep their streets quiet.

“Some of these places are a real problem. There’s noise, parties, the police come, there’s no manager on site, and the landlord is usually not nearby,” said Karl Reeh, president of the Le Conte Neighborhood Association. “It really disrupts a residential community.”

By Reeh’s estimation, almost every block south of campus has some sort of mini-dorm that’s cropped up in the past few years, when real estate prices began to rebound. The noise and parking problems are so severe, he said, that families are leaving Berkeley.

Two decades ago, Berkeley’s housing climate was much different. Strict rent control laws kept housing inexpensive, if not always plentiful, for students, seniors and others with low incomes. But in the mid-1990s when the state nullified the toughest portions of Berkeley’s rent laws – namely, vacancy control – students were suddenly faced with market-rate rents in one of the most expensive cities in the region.

These days, a two-bedroom apartment near campus can cost $3,000 a month. A 200-square-foot cottage was listed on Craigslist last week for $1,595. Home sales around campus often top $1 million.

The real estate boom reflects a changing city. Berkeley is now one of the more affluent cities in the Bay Area, with housing prices about 14 percent above the Bay Area average, according to 2010 U.S. Census Bureau. Incomes are up, as well, with the median family income topping $98,000 a year, compared to the Bay Area median of $90,220.

And as UC Berkeley enrollment continues to inch upward, a campus housing crunch is all but inevitable, said City Councilman Kriss Worthington, who represents the South Side area.

“We need more housing close to campus,” he said, noting that the new ordinance allows high-density housing immediately near UC Berkeley, although not in the rest of the city. “We should not make students settle for living in these little spaces. And it should not come at the expense of neighbors’ quality of life.” Retaining middle-income families should be the city’s priority, said Jacquelyn McCormick, president of the Claremont Elmwood Neighborhood Association and former mayoral candidate.

“These landlords screw the neighbors, screw the students, screw anyone who wants to come into Berkeley and make it their long-term residence,” she said. “The university isn’t building enough housing, so the community has to absorb it.”

Jay Lakireddy does not quite see it that way. He recently purchased a three-bedroom, two-bath home on Benvenue Avenue and is turning it into an 11-bedroom, 4 1/2-bath home. He plans to charge about $800 per month per room, or about $10,000 a month for the whole house.

His project was approved before the city’s new ordinance passed. Under the new law, existing mini-dorms would be exempt, although possibly subject to future restrictions on the number of occupants. “Berkeley needs more housing. If you don’t provide housing, rents will go up even higher,” he said. “This place is close to campus, it’s clean, it’s safe, it’s nice. This is a good place for students to live.”

From the outside, the 113-year-old home looks like the average Berkeley Craftsman, with bay windows and a shingled peaked roof. But inside, it resembles a sleek, modern condo, with black granite kitchen counters, tile floors and closets affixed with floor-to-ceiling mirrors.

Travis Tagami, a recent UC Berkeley graduate who lives in a mini-dorm on Parker Street, said he’s happy to pay $700 a month to share a room. It’s a lot, but while he struggles with job-hunting and student loans, it’s his best option, he said.

“The dorms were overcrowded, and every other place I looked at wanted a $3,000 deposit,” he said. “This place has been fine. It doesn’t feel crowded. … I think places like this are a good alternative.”