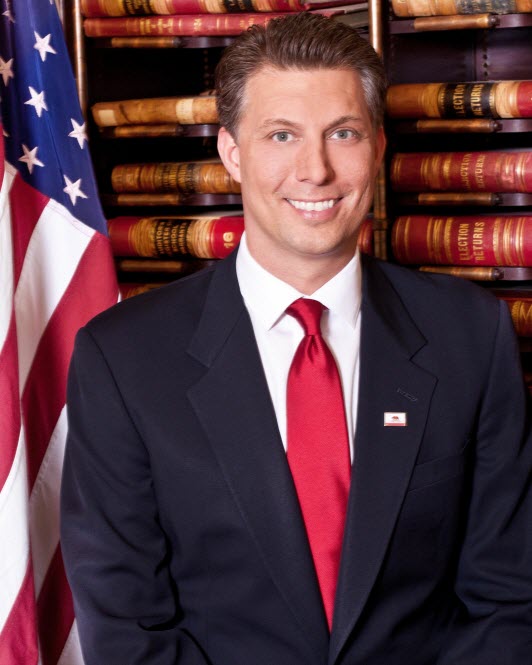 Late last week, Lake County Supervisor Anthony Farrington announced via Facebook that he was dropping out of the Assembly Race for the Fourth Assembly District.  Supervisor Farrington, who had not announced any fundraising back in July, leaves a four-person race at this point for the seat vacated by Mariko Yamada.

Mr. Farrington wrote, “After much careful thought and deliberation, I have decided to withdraw my candidacy for the Fourth Assembly District race. Even though my family, friends, and supporters, in particular my wife, have been supportive of my candidacy, I have decided that the time is not right for me to seek higher office.”

“I owe this great community a huge debt of gratitude, for the honor and privilege to be able to represent my constituents and the residents of Lake County,” he continued. “I love Lake County, and it is here where I plan to grow old and raise my family. There are currently many pressing issues confronting our community.”

For example, he cited “the need to find ongoing revenue to better manage Clear Lake and our watershed; the need to move forward with our Board’s current application to secure surface water rights to Clear Lake; my desire to continue to serve on the Marymount University Advisory Committee, and continue to grow this new treasure within our community; the urgency to see that Konocti Resort is reopened; moving forward to upgrade our antiquated infrastructure, in particular the North Lakeport, and Soda Bay water systems; and to complete the $15 million road project in the South Main/Soda Bay corridor which includes the under grounding of utilities, and providing water service, to name a few.”

Mr. Farrington added, “It is with a great sense of obligation that I finish my current term so that I am able to continue to represent my constituents who have been devastated by the landslide that took place at the Lakeside Heights subdivision in North Lakeport.”

“While my campaign never began fundraising, we did receive generous donations from individuals and businesses eager to support my candidacy,” he said. “I thank those individuals, and I will be returning their donations. I truly hope that in the near future Lake County will have a representative of its own. History has shown that we only see state candidates during an election.”

Mr. Farrington concluded, “Lake County deserves better – we deserve a candidate who is committed to Lake County at all times, and not just when they are running for office. Lastly, I want to thank everyone that believed in me, and supported my candidacy. I will forever be grateful for your faith in me.”

The exit sets up a battle between Napa and Yolo Counties, which are virtually even in terms of voting population.  Some observers still expect a Republican to enter the race in a district that leans Democrat, but could support one of the two finalists as a Republican.

Right now each of the candidates has his own advantages.  Mayor Pro Tem Dan Wolk’s mother represents much of the District in the State Senate.  He has recently earned the endorsement of two critical Yolo County Supervisors, Mike McGowan and Jim Provenza, as well as longtime Solano County Supervisor Skip Thomson.

“Dan Wolk has a deep understanding of the issues affecting the people in our area, including those that impact our rural and agricultural communities, and conserving our water resources,” said Skip Thomson. “I support him for Assembly because he has the right priorities for our region and will work to make California’s future better.”

Davis Mayor Joe Krovoza surprised many with his strong showing in the first filing, showing him ahead in the money race.  Meanwhile Matt Pope has the endorsement of the two statewide officials in the district not named Wolk – Mariko Yamada and Noreen Evans.

Bill Dodd, a former Republican, is considered a formidable fundraiser who had a sizable amount of cash in hand.

Assembly District 4 consists of Napa and Lake Counties, and most of Yolo County, as well as portions of Sonoma, Solano and Colusa Counties.

The primary will take place in June of 2014, and the top two will face off in November 2014’s General Election.

3 thoughts on “Lake County Supervisor Drops Out of Assembly Race”