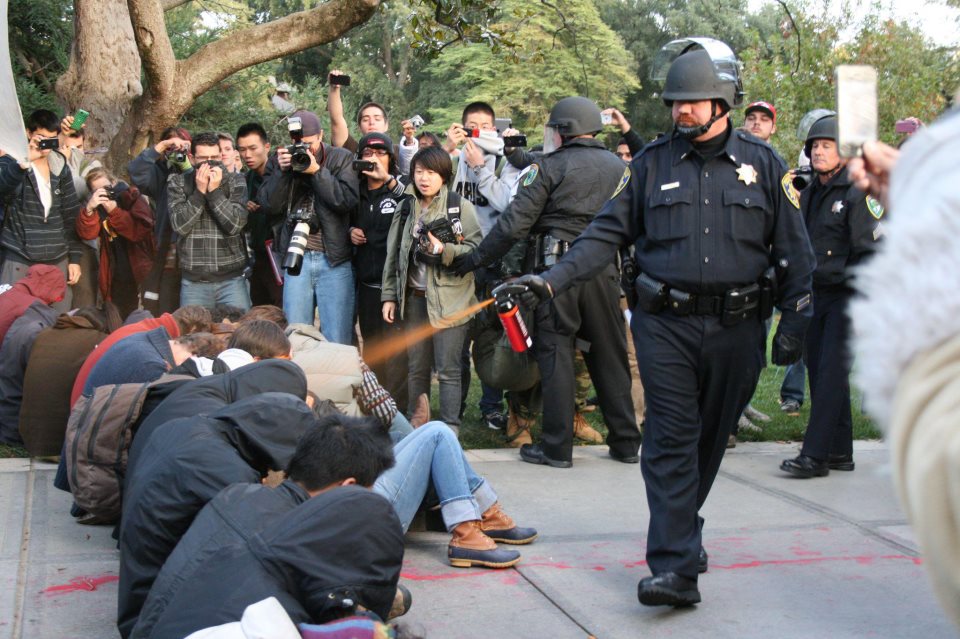 In the wake of the pepper-spray incident in November 2011 and the subsequent settlement of the lawsuit with pepper-spray victims, UC Davis in the last week has released a report and a plan to implement a two-part program modeled on other successful police oversight programs across the country.  This would be “comprised of an oversight board with members selected from the UC Davis community, and an independent civilian investigative division that will investigate complaints of misconduct filed against UC Davis police officers.”

This differs somewhat from the program that the city of Davis implemented in late 2007 with the hiring of Police Auditor (originally designated as Police Ombudsman) Robert Aaronson.

“Most oversight agencies have multiple components to provide a complete accountability program and ensure that the needs of the community are met,” the report notes.  “At UC Davis there has been a serious breach of trust between the UCDPD and the campus community.”

“The establishment of oversight is an important step in working to build a bridge to restore trust between the police and the campus community. To have credibility, oversight must be visible and must be a strong, effective model,” the report continues.

“Evaluation of the current climate at UC Davis indicates that a representative oversight board would help to establish confidence in the oversight body as well as help to rebuild trust in the UCDPD,” the report continues. “An independent investigative agency charged with conducting unbiased investigations would promote the credibility of the complaint process, as well as remove barriers that may inhibit aggrieved parties from filing complaints directly with the police department.”

The report was conducted by Barbara Attard, an oversight and police practices consultant whose career spans 25 years in oversight of law enforcement.  She served for four years as the San Jose Independent Police Auditor and seven years as the director of the Berkeley Police Review Commission (PRC), one of the oldest oversight agencies in the United States.

Her report notes, “Over the past 40 years civilian oversight of law enforcement has become an integral system of checks and balances in governmental structures in the United States, mostly at the city or county levels. Most large cities in the U.S. have oversight of their police departments. In contrast, there is very little oversight of policing on college campuses.”

There have been three traditional models of oversight, however, most agencies are hybrids that are comprised of combinations of investigative, auditor/monitor, and representative boards or commissions.

Ms. Attard writes, “Regardless of the model, oversight agencies can enhance policing by providing transparency of the complaint process and other aspects of policing, making recommendations for policy improvements, and working to ensure constitutional policing in their jurisdiction.”

“The campus (including the Sacramento Campus) convened twelve informational meetings over four days during a six month period where community members were briefed about oversight in the U.S. and dialogue was initiated with stakeholders to ask questions and provide comments,” the report continues. “The feedback of many of the stakeholders was that if oversight were to be developed it needed to be representative, needed to be fair and unbiased, and needed to have the authority to have an impact on the UC Davis Police Department.”

In March of 2013, the university conducted a number of outreach meetings with the goal of “establishing civilian oversight of the UC Davis Police Department and putting ‘some teeth’ into the process.”

“From a police perspective, (civilian oversight) is a good idea,” Chief Matt Carmichael said at the first of two forums held March 11 at the Student Community Center, as reported by UC Davis’ Dateline. In his department, he added, “There is no fear of civilian oversight.”

The oversight program that is recommended is the establishment of the UC Davis Police Accountability Office (UCDPAO), a two-part program:

1. The UC Davis Police Accountability Board (UCDPAB), will consist of seven members, selected through an application process, to include students, faculty, and representatives from both campuses. The board members will receive training and will have the authority to review and approve findings of misconduct investigations and policy recommendations. The board will convene public meetings at least once per quarter.

2. The Independent Investigative Division (UCDIID) will be staffed by: a full time Executive Director/Investigator who has significant experience in law, oversight or a related field; and an administrative staff person. The UCDIID will have a two-fold function, to conduct investigations of police misconduct complaints and to serve as staff to the Police Accountability Board. In addition, the UCDPAO will have authority to conduct outreach, provide transparency through annual reports, provide an alternative to the UCDPD as a place for complaints to be filed, provide policy analysis, and will respond to the scene of and review reports of investigations of critical incidents. 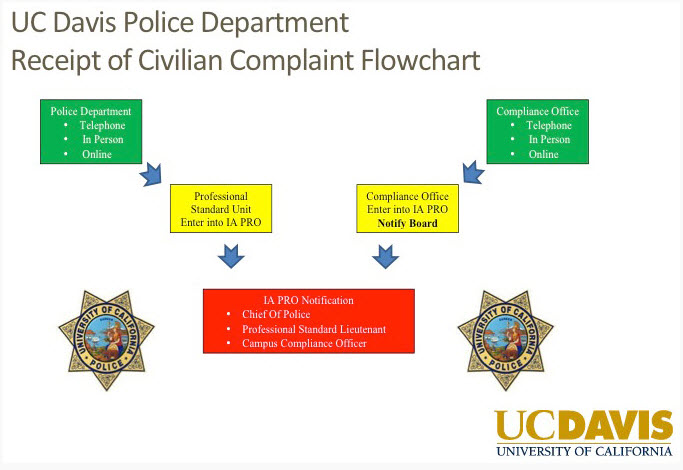 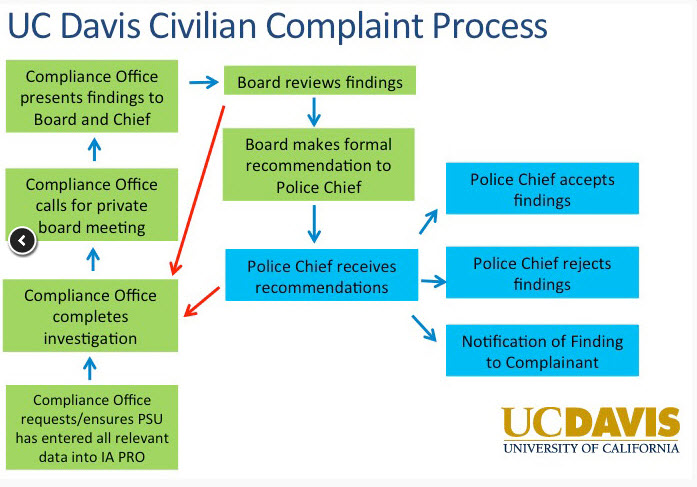 Upon completion, reports and findings of misconduct complaints will be referred to the Chief of Police, who maintains authority to discipline officers in the UCDPD.

The report notes, “Because there is little existing oversight on university campuses, the recommended UC Davis model is unique. The proposed evaluation should carefully examine the efficiency and efficacy of the program. A robust evaluation will provide valuable feedback for the UCDPAO, as well as the University, to determine any changes that could improve the accountability program as it moves forward.”

It adds, “To be successful, the UCDPAO will require ongoing funding and support from all stakeholders. By instituting a strong and inclusive oversight program, UC Davis and the UCDPD are poised to become a national model for transparency and accountability.”