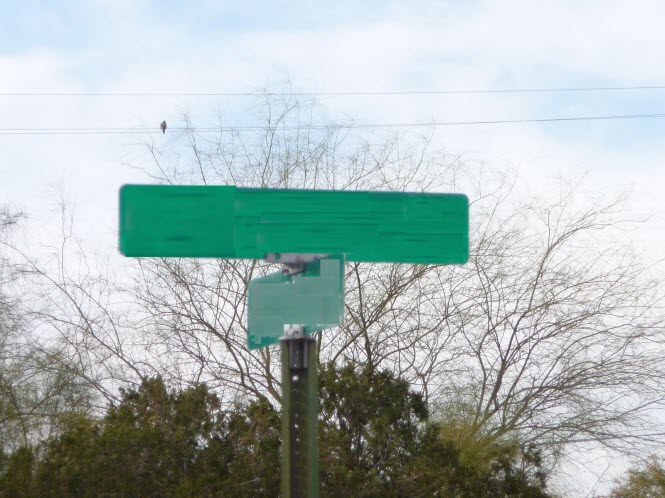 In response, there is a scheduled December 16, 2013, discussion meeting where the commission “will discuss a proposal to update and refine a list of individuals and families who have played a significant role in Davis history.”

According to a press statement, “The HRMC intends to create a list of historic Davis names that could be used for naming certain future streets in the City, if adopted by the City Council.”

The HRMC is inviting the public and all interested persons to suggest names for inclusion or exclusion, and to discuss “the merits of those being considered.”

The list of historic Davis names generated will be provided to the City Council at a later date for consideration and adoption as a list of potential streets names that could be used in certain future projects for streets.

While this exercise might seem dull and innocuous, it has been pointed out that the list of potential streets bears significant political bias.  People on the mainstream or the more developer-friendly side of Davis history are included, as are six names of Davis Enterprise employees including Debbie Davis, Bruce Gallaudet, Bob Dunning and Dean McNaughton. 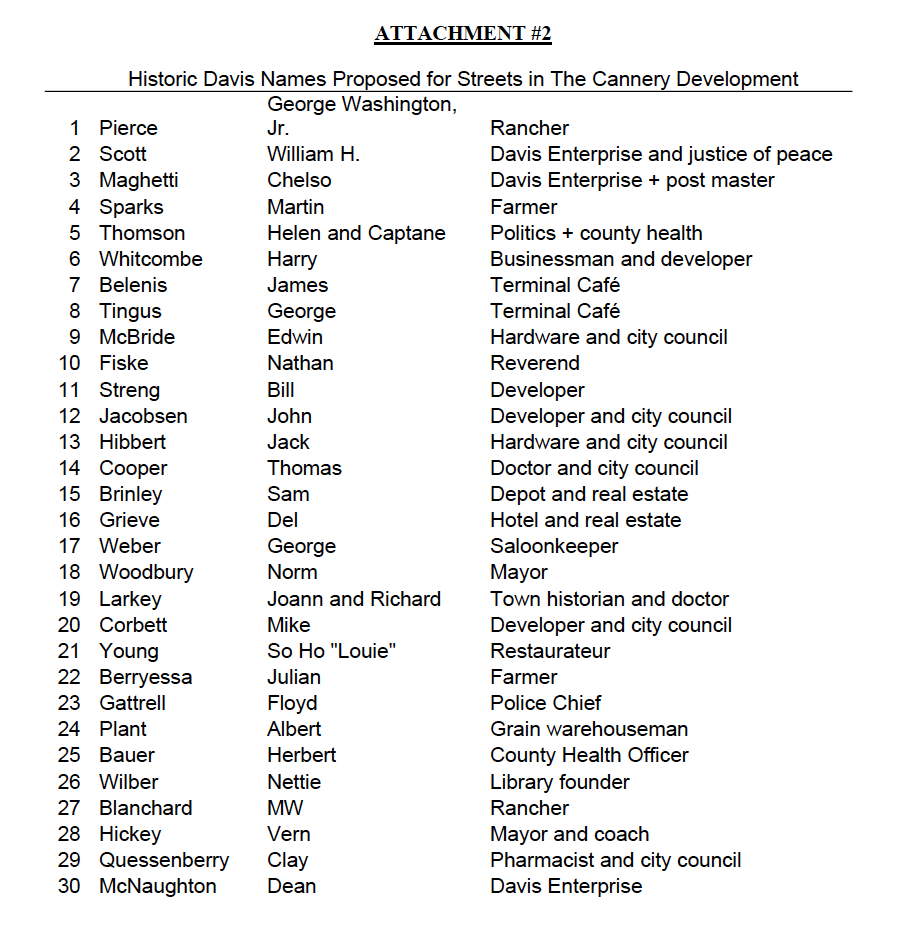 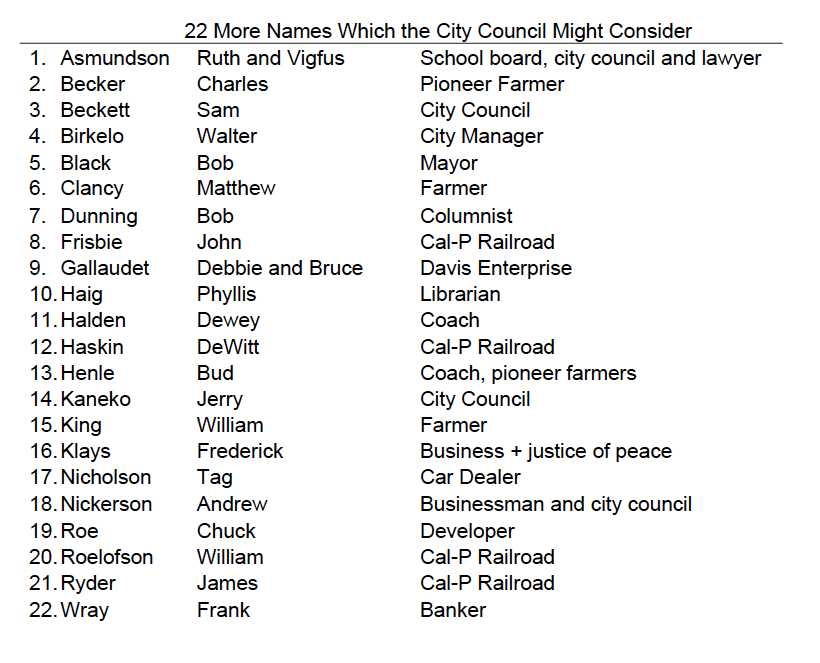 Among the progressives, Bob Black seems to be the only one on the list, and others such as Julie Partansky, Bill Kopper, Tom Tomasi and others are notably absent.

The Vanguard is informed that the list reflects the preferences of one commissioner who filled the list with people that he likes and excluded people who have played as important, if not more important, a role in Davis history than the people on the list.

According to the council agenda from the November 12 meeting, back in May, Rich Rifkin presented an idea to change street names to reflect historical figures.  However, “Many Commissioners felt that naming new streets after these people might be more practical than renaming existing streets, and suggested that Commissioner Rifkin create a list of recommended names that reflect Davis history and present the list to the Public Works Department to use when naming future streets. The Commission consensus was to pursue the idea of changing Covell Place to Jerry Kaneko Place.”

On August 19, the commission unanimously supported a motion that included, “[t]hat the City Council authorize that names of persons important to Davis history be used for the Cannery development for its new streets with the approval of the property developer, and that the names should be those on the subcommittee’s list of historic Davis names.”

Perhaps the most notable exclusion is Julie Partansky, the former mayor who has been venerated and honored in the few years since her premature passing.  Ms. Partansky was instrumental in a number of innovations in Davis, some of which ended up not working as well as hoped, but has been universally lauded for her passion, compassion, principles and civil demeanor.

The political bias here should be noted, but so too is any sort of objective process.  If we are to name streets after contemporary or historical figures of note, there should be objective criteria, a public procedure where the decisions for inclusion and exclusion are publicly deliberated.

There is concern that much of the HRMC is unaware of Davis’ history and therefore may not be qualified to determine who belongs on the list and who does not.

The meeting will be Monday, December 16th at the Hattie Weber Museum (445 C Street) at 7:00 PM.  The public is encouraged to attend the hearing and voice their additions to the list.