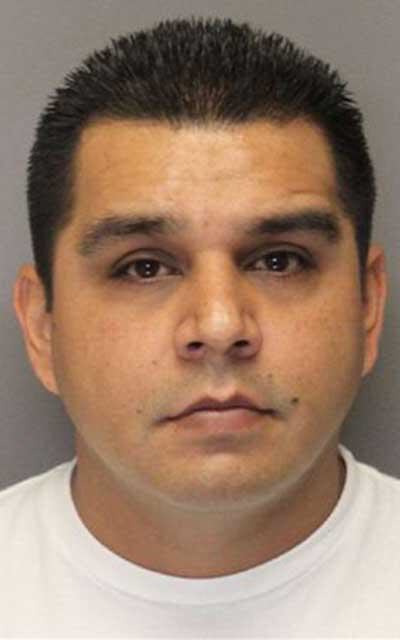 Suit Alleges Victim Sodomized, and Complaints Ignored by Multiple West Sac PD Officers: Early this year, West Sacramento Police Officer Sergio Alvarez was arrested for using his position to stop and assault women while on duty – six in total, some of them more than once, who range in age from 20 to 47.

All of them frequented the West Capitol Avenue area, where Mr. Alvarez had a home and allegedly was housing prostitutes.  He had been an officer with the West Sacramento Police Department since 2007 when on September 24, 2012, police learned of his alleged criminal conduct.

He faces 38 felony counts against seven victims in the Yolo County Superior Court.

According to a suit filed by attorney Stewart Katz, Mr. Alvarez “used his position of authority and public trust to repeatedly molest, sexually assault, kidnap and terrorize a number of women, including Plaintiff Rebecca Wilson, between October 1, 2011, and September 26, 2012.”

The alleged conduct involving the plaintiff, 28 years old at the time of the assaults and who is mentally disabled, “occurred on multiple occasions, included kidnapping, sodomy, sexual battery and assault and compelled oral copulation.”  The suit alleges, “All of these sexual assaults against Ms. Wilson took place while Officer Alvarez was in or around a marked West Sacramento police car.”

“Officer Alvarez preyed upon the vulnerable young women on the streets of West Sacramento as would a hyena prey upon the wounded and weak,” wrote Mr. Katz in the lawsuit.

According to the suit, on at least two occasions in 2012, Officer Alvarez contacted Ms. Wilson while in his marked West Sacramento police car.  Ms. Wilson was engaged by the arresting officer regarding possession of drug paraphernalia, being under the influence and failures to appear in court.

Officer Alvarez, during the first assault, arrested and handcuffed the plaintiff, placing her in his police car.  She did not resist.  However, instead of taking the plaintiff to jail, “Officer Alvarez took her to the area behind the Little Caesar’s Pizza on Jefferson Boulevard in West Sacramento. While there, he compelled her to engage in oral sex without the protection of a condom.“

According to the suit, Ms. Wilson did not resist physically, as “she feared incarceration, a new arrest or potentially inflated criminal charges and further physical harm.”

Writes Mr. Katz, “During the act of oral sex Plaintiff was sitting in the back seat of the car, passenger side. Officer Alvarez was standing outside the car facing her with the back, passenger-side door opened. After the oral sex act was completed to Officer Alvarez’s satisfaction, she exited the vehicle and walked away. Officer Alvarez did not attempt to stop her.”

A week later, Officer Alvarez “again contacted Plaintiff and again ordered her to get into his patrol car. Plaintiff was immediately arrestable for a variety of offenses.”

“Although fearful of a further sexual assault, Plaintiff, with no viable alternative, submitted to his authority and entered the vehicle as ordered,” Mr. Katz writes in the suit. “Again Officer Alvarez took Plaintiff behind the Little Caesar’s Pizza on Jefferson Boulevard. This time, he forced her to engage in oral copulation and then sodomized her. Both of these sexual acts were done without the protection of a condom.”

According to the suit, “Officer Alvarez’s sexually predatory conduct and pattern of hunting for his prey as a hyena hunts for vulnerable victims was common knowledge among the downtrodden, female denizens in the vicinity of West Sacramento’s West Capitol Boulevard.”

This time Ms. Wilson attempted to complain to authorities.  As the suit alleges, “While walking on West Capitol Boulevard she came into contact with two West Sacramento police officers, Officers Jason Mahaffey and Chris Wright, who were in separate, marked patrol cars. Plaintiff alleges on information and belief that neither of these officers took any steps to address her complaint until after Officer Alvarez was arrested.”

She then attempted to complain “when she was handcuffed and in the back of a patrol car and being taken to jail by West Sacramento Police Officer Lindsey Lam. This occurred after the second assault and after reporting Officer Alvarez’s assault to officers Mahaffey and Wright.”

Ms. Wilson did not make any further attempts to report the sexual assaults to the West Sacramento Police Department.  According to Mr. Katz, her two reports were ignored and she believes “Officer Alvarez’s conduct was of such a persistent and ongoing nature that it must already be known of and condoned by Alvarez’s supervisors and the department.”

In addition, she feared immediate incarceration, felt that she would not be believed, that she “would face retaliation from Officer Alvarez and/or other officers” and “that she would face new and potentially greatly inflated charges if she complained.”

Officer Alvarez was finally arrested on February 25, 2013, and he subsequently resigned his position with the West Sacramento Police Department.

Mr. Katz adds, “No one associated with the West Sacramento Police Department or Yolo County advised Plaintiff of steps she could take to preserve either her rights to a civil claim or to pursue victim restitution.”

He further notes, “On March 19, 2013, the public defender representing Plaintiff on her plethora of minor criminal offenses told the Court of counsel’s belief that Plaintiff was so mentally impaired that she was unable to assist in her criminal defense.”

The suit continues, “On that same date the Court accordingly ordered that Plaintiff be seen by a psychiatrist. On May 13, 2013, the Court, after receiving the psychiatric evaluation, found Plaintiff to be incompetent and further ordered that, because of her condition, she be hospitalized and involuntarily receive psychiatric medication if medically ordered.”

Following the arrest, then Chief Dan Drummond said at a press conference, “The victimization of vulnerable people is despicable, but the fact that these crimes were apparently committed by a police officer under the color of authority is reprehensible.”

The chief defended his department, as well: “The actions of one person should in no way reflect upon the outstanding performance and integrity of the men and women of the Department. I am proud of the way our officers carried out their duties in this investigation and every day in the protection of the community,”

“I’m personally just appalled and sick that someone who was put in a position of trust would violate that trust in such a despicable and egregious manner,” Chief Drummond added.

However, if the suit’s allegations are accurate, at least three other officers should be implicated in this and, had they acted, more victims could have been saved the fate of Ms. Wilson.

Share:
Previous : Registering to post comments
Next : City Gets $5.4 Million from SACOG for Bike and Ped Projects