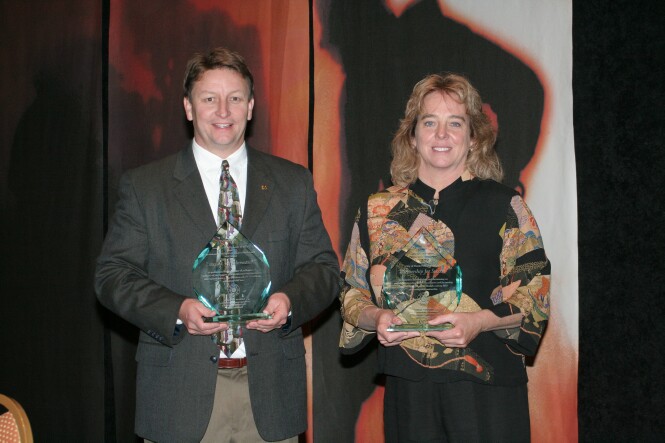 In June 2013, after four and a half years, the city of Davis released the full and unredacted fire report.  Judge Dan Maguire, who presided over this case issued a ruling that denied former Davis Fire Chief Rose Conroy’s request for a preliminary injunction. It was denied on the grounds that she has not been able “to demonstrate that she is likely to prevail on the merits of her claims at trial.”

For good measure, Ms. Conroy and her attorney moved for dismissal on the grounds that she could no longer afford to pay for counsel.

Under the language of the California Public Records Act (CPRA), there is little in the way of disincentive or sanctions for the failure to properly release public documents.  However, there is one that is if the plaintiffs – those seeking the documents — successfully sue, they are entitled to attorney fees from the defendants for their trouble.

However, the sequence of events made for a very complex and unusual string of events that ultimately, on Monday, led to Judge Maguire awarding the Woodland Record and its attorney, Paul Boylan, just around $43,000 in legal fees.

Last year, the Davis Vanguard filed a public records request for the entire 2008 Davis Fire report.  After some negotiation, the Vanguard agreed to substantial releases of information that had not been previously viewed by the public – such as the fact that Bobby Weist was promoted to Captain despite being among the least qualified candidates in terms of test scores.

In the course of that suit, the city ended up paying about $10,000 in legal fees and the Davis Professional Firefighters Association would have to pay substantially more.

In 2013, then, when the Woodland Record requested that the rest of the fire report be turned over, the city decided to release the report.  Former Davis Fire Chief Rose Conroy then sued to block the release and the city took no opposition and allowed Paul Boylan, now representing the Woodland Record, to oppose Chief Conroy’s motion for a temporary injunction.

Ms. Conroy contended that, “The individuals who provided information for the Aaronson Report, including Chief Conroy, were promised that the information they provided would remain confidential. The complaint alleges that public release of the unredacted Report would break that promise, and violate their privacy rights.”

Mr. Boylan, filed for attorney’s fees under the Code of Civil Procedure Section 1021.5 and, on October 4, 2013, the court in a tentative ruling agreed to award Mr. Boylan with substantial fees.

Section 1021.5 provides in relevant part that, “Upon motion, a court may award attorneys’ fees to a successful party against one or more opposing parties in any action which has resulted in the enforcement of an important right affecting the public interest if: (a) a significant benefit, whether pecuniary or nonpecuniary, has been conferred on the general public or a large class of persons, (b) the necessity and financial burden of private enforcement, or of enforcement by one public entity against another public entity, are such as to make the award appropriate, and (c) such fees should not in the interest of justice be paid out of the recovery, if any.”

In her declaration, Rose Conroy expressed concern, “…about the financial cost I have already incurred in these proceedings. I am also very concerned because I have never had the opportunity to refute the many false statements made about me in the Aaronson Report.”

She indicated that her daughter would be attending college next year and she has, “…very little money in cash accounts, essentially the amount required for my family to live on and pay our ongoing bills. I retired from the City of Davis, my employer from 1979 until 2010, and now live off my husband’s and my retirement accounts, which provide only a monthly allowance.”

She continues, “The property I own with my husband was bought from our siblings, and is lived in by family members. We do not make any money from these arrangements. I live in a home in Woodland I am paying for with a mortgage, and purchased a house which my husband and I have been paying for from our incomes and which I do not have a great deal of equity in.”

She adds, “I am shocked by the size of the fees being requested by the Record and its attorney and the idea that I would have to sell my very limited assets to pay Mr. Boylan’s fees. Any fee award will be a serious detriment to me and my husband.”

Through an examination of the public records, however, Ms. Conroy earns an annual pension of $122,000 and her husband is also a retired firefighter and earning an annual pension that pushes their income to over $170,000 annually.  In addition, they owned four properties in their name, each valued at at least $200,000.

Judge Maguire notes that this is in effect a reverse CPRA case in which the city as the holder of records has indicated their willingness to release the documents, but a third party intervened to stop them.

Therefore, the statutes that cover attorney fees in CPRA cases do not apply.  As Judge Maguire writes, “By its plain and unambiguous terms, the CPRA’s attorneys’ fee provision only extends to plaintiffs in CPRA enforcement actions, and a reverse CPRA litigant is simply ineligible for a CPRA fee award.”

He adds, “It is not as if the intervenor here was theoretically eligible for a CPRA fee award, but failed to satisfy one of the substantive requirements. Instead, the intervenor is simply not a party who is eligible for fees in this action under the CPRA under any circumstance.”

Judge Maguire, after analyzing case law, reaches the conclusion, “There is thus no basis to conclude that the Legislature intended for the CPRA to be the exclusive basis for a fee award in all actions related to it.”

The question turns to whether the requirements for an award under 1021.5 have been satisfied.  There are three conditions listed above and Judge Maguire notes that the plaintiffs (Rose Conroy and her attorney) do not dispute that the elements of the first two are satisfied; the question is whether “the necessity and financial burden of private enforcement renders the award appropriate.”

The key question is “was private enforcement necessary? Did the intervenor need to insert itself into this case, at the cost of tens of thousands of dollars, or could it have simply relied on the City to defend its right to receive the unredacted Aaronson Report?”

The court points out that the intervenor had no way of knowing, at the time that it opposed the injunction, that the city would file a demurrer at a later point.

Writes the court, “If the intervenor knew that the City would be actively defending the lawsuit at a later stage, then the intervenor would have much less need to become involved in this litigation.”

That proves critical because, based on the evidence presented, “the Court finds that there was a need for private enforcement, because the City did not oppose the temporary restraining order or the preliminary injunction, and because there is no evidence that the City otherwise gave any indication that it would be actively defending the lawsuit.”

The court notes that “the imposition of a fee award here would impose a burden on the plaintiff, who is an individual and not a government agency or business enterprise.”

The court notes, “The plaintiff’s financial position appears to be significantly stronger than the plaintiff in Garcia (the 2009 authority cited by Judge Maguire).”  Judge Maguire adds, “Someone must bear the litigation costs, and there is no evidence showing that the intervenor’s financial position is significantly stronger than plaintiff’s. The plaintiff brought this suit, causing the intervenor to incur substantial litigation expenses.”

Rose Conroy and her attorney argue that there are such special circumstances here because she was “placed into her current position solely because of  the actions of the City of Davis.”  Judge Maguire notes, “Plaintiff is correct that if the City had actively opposed the temporary restraining order and preliminary injunction, then she would likely not face an attorneys’ fee award,” but, however, adds that the Plaintiff “cites no authority holding or suggesting that this is the sort of ‘special circumstance’ that would justify the denial of a fee award. While plaintiff did not sue the intervenor, she did start this litigation by suing the City. The fact that the City’s passivity contributed to her litigation costs is not the sort of special circumstance that justifies the denial of an otherwise proper fee award.”

Judge Maguire does note that the amount sought is disproportionate and he ends up reducing the award from from the $95,000 claim to $43,085.

For additional information here is the original article on the release of the unredacted report.  And here is Chief Conroy’s response.