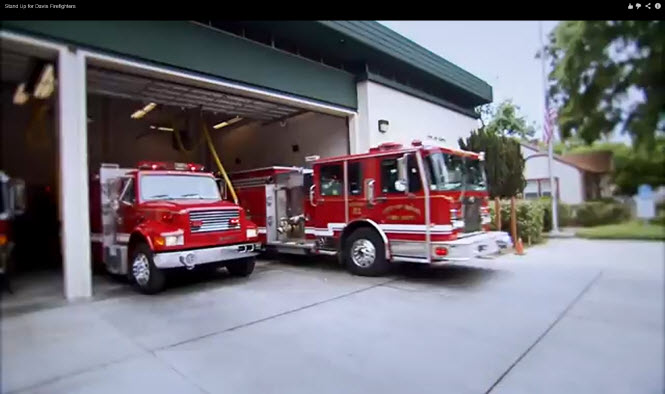 On Tuesday, the council, as expected, imposed the last, best, and final offer on the firefighters’ union.  While, naturally, the union president Bobby Weist (see his comments in the video below), put up a cursory, rhetorical fight against the contract, the body language suggests that the firefighters were prepared for this and ultimately accepting of it.

Part of that can be parsed from the words of negotiator Tim Yeung and the union president himself.  While Mr. Yeung indicated he was disappointed a compromise could not be reached and noted an agreement was close each time, Bobby Weist argued the line from DCEA, that it never felt like a negotiation – nevertheless, he too indicated that in his meetings with Mr. Yeung, they had movement.

In the end, it seemed like the firefighters accepted their fate.  They did not pack the halls, they did not line up to all speak, they gave their murmur of protest and then went about their business.

I raise this point because our friend and commentator Mr. Toad believes otherwise.  He argued, “Oh just think if there had been any no votes. How you all would have screamed. What do we hear instead of praise it’s the din of one hand clapping.”  He wrote last night, “I want them all praised for doing the right thing on the biggest vote of them all and I want all you bashers to admit you were wrong about Lucas and Dan.”

One councilmember in a text suggested that this action suggests that two of the councilmembers are not in the pockets of or puppets of the firefighters.

Nevertheless, I disagree that the vote on impasse was the measuring stick that Mr. Toad or some of the councilmembers believe it to be.

As I noted in the paragraphs above – the body language of the firefighters’ union president suggested this was not a war, it was murmur of protest.  Compare that to the tactics they have used in the last year where they have created a Friends of the Firefighters, walked precincts, held public meetings, collected signatures, had a no confidence vote in the chief, and solicited, it would appear, letters from key public officials.

The battle line for the firefighters was on the front of staffing cuts and shared management.

Based on their actions, their body language and their words, I would have to come to the conclusion that, contrary to the position of Mr. Toad, this was not the most important vote.  On both fire staffing and shared management, the final votes were 3-2 with Lucas Frerichs and Dan Wolk dissenting.

Aside from the firefighters’ assessment of the importance of impasse versus the other two issues, my view is that the other two issues bear far more importance.  I will argue in a moment that the impasse issue is the preservation of the status quo, whereas the staffing cuts and shared management seek to undo the excesses of the past 15 years.

There are, in my thinking, three key acts of council – on the fiscal side as opposed to the 3-2 vote to not read the Aaronson report – that need to be undone.  First, is 3% at 50 that was implemented in 1999.  Second, is the four on an engine that was implemented around the same time.  Finally, was the huge salary increase in the 2005-2009 MOU.

Impasse does not deal with any of those critical issues.  Even creating a second-tiered pension rate could not be achieved outside of an agreement of the collective bargaining process.

All impasse did is force the firefighters to take concessions on retiree health, cafeteria cash out and the employee and employer share of the PERS increases.  This issue brought the union to status quo with the other bargaining units.

What it did not do is undo the inequity of the firefighters versus the other units.

When the issue of the shared management came up a few weeks ago, the firefighters supported something closer to what we had in 2010 – a full merger under the flagship of the city with a city-hired fire chief.

But as Vice Chancellor John Meyer explained, we are not ready for a merger.

He noted, “The culture of the rank and file firefighters is not rife for a full merger at this time. I don’t think you could get both labor groups to agree.”

The reality is that the Davis firefighters make around 25% more than the UC Davis firefighters.  The people who waited for hours in the cold, when some are hired, will make $175,000 in total compensation, far outstripping their counterparts at UC Davis and also other neighboring communities.

One of the councilmembers I spoke to this week lamented the fact that the MOU did not address that disparity of pay.

For these reason, I believe that the vote on impasse was one of the least important votes that the council took in this area, that it was largely a status quo vote – it imposed on the fire what the other units took and failed to address the excesses of the last 14 years.

The tougher votes were staffing cuts and the shared management.  While I believe the MOU is a good start, we need to work hard to get the firefighters’ compensation in line with what UC Davis pays in order for us to enjoy the benefits of a full merger.

We agree with the Vice Chancellor that this would be “a best outcome.”  But we also agree that we are not ready for it to happen now.

26 thoughts on “Vanguard Commentary: Impasse Does Not Go Far Enough”